Tag Heuer to Rolex: How luxury watch brands are responding to the Apple Watch 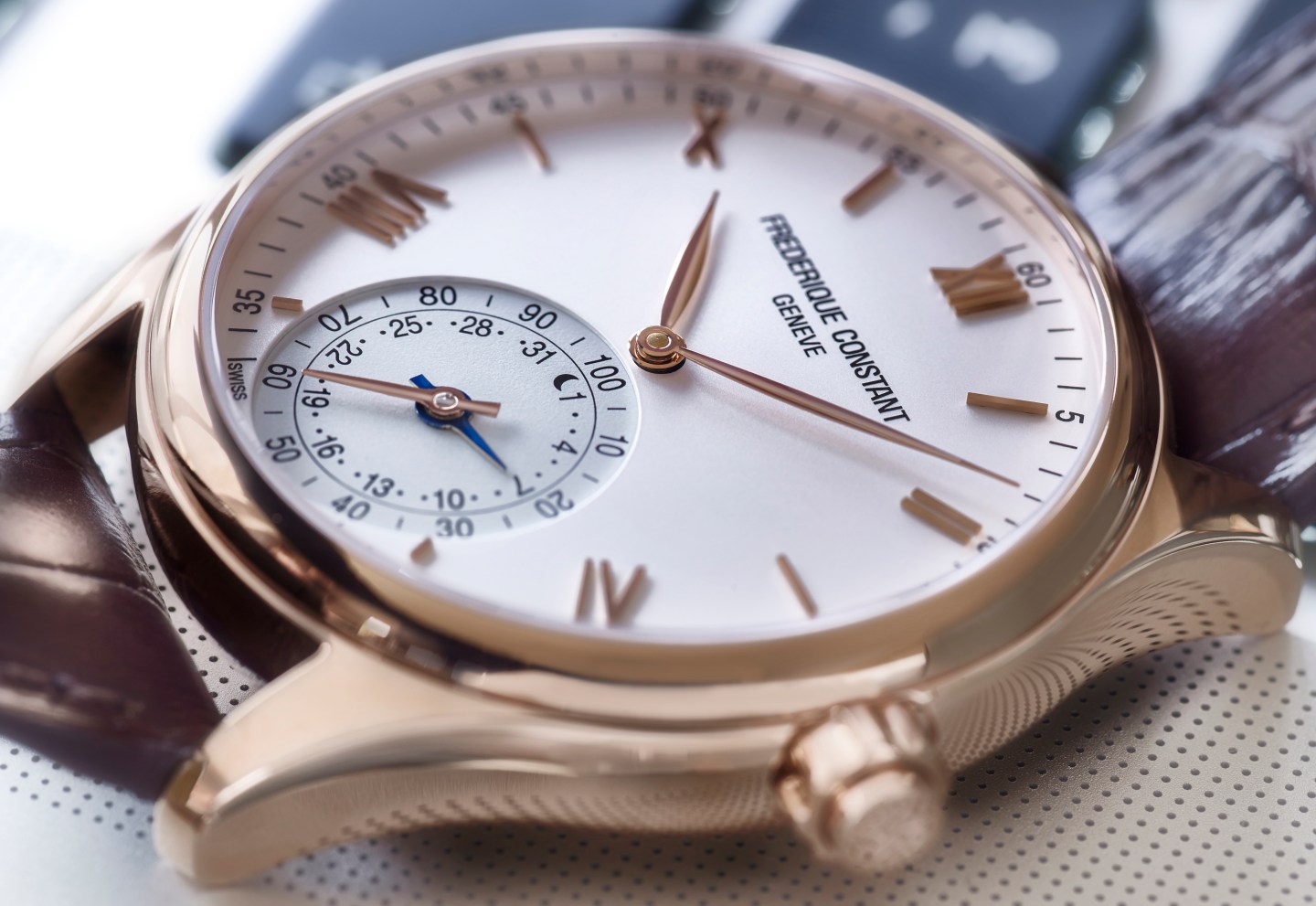 Reports of the death of the wristwatch may have been exaggerated, but there are some who believe the Apple Watch will be another nail in the coffin for traditional watches.

Not so fast: Although they became less common as mobile devices rose in ubiquity, watches never went away. The lower-end watches aimed at younger customers may have dropped in use, but today around 600 high end brands from makers like LVMH Group, Swatch, Rolex and Richard Mille are sold at boutiques and jewelry stores worldwide. Not to mention the collectible vintage models that sell at auction, like the record-setting Patek Phillippe that went for $5 million earlier this month.

Smartwatches are already a market with nearly $7 million in sales last year, and 44% of watch industry executives surveyed in 2014 said they were the “next big thing.” But where does the new Apple Watch (which starts at $349 and goes up to $17,000), leave makers of traditional luxury watches? They’re responding in diverse hybrids of smart digital features with analog — or by developing their own smart watches.

Ariel Adams, editor in chief of the horological site A Blog to Watch, feels some watchmakers’ responses to the Apple Watch may turn out to be wasted effort, if the software is not coming from a partnership with one of the big guns. “I applaud them for participating in the world of wearables, but I don’t really see where their angle is, because there’s nothing they’re going to do that will allow them to compete with Google, Apple, Samsung,” he said. “Savvy consumers are going to be able to tell what is good and what is not.”

By comparison Adams recounts his reaction to high-end luxury mobile phones such as the $22,000 Vertu. “What are you trying to do? You’re never going to be able to compete when it comes to the software. Maybe you’ll make a nicer handset, but why don’t you just make nice cases for the iPhone?”

To that end, TAG Heuer’s offering, in partnership with Google and Intel, is powered by Google’s Android Wear and will cost around $1,400 when it comes out in November, but no one’s seen a prototype yet.

Frederique Constant and Alpina is developing a phone-agnostic Horological Smartwatch powered by MotionX that monitors sleep, syncs with smartphones to share fitness metrics, doesn’t have a digital screen, and doesn’t require charging . Breitling is working on its B55 Connected, which has both analog and digital displays.

Swiss watchmaker Montblanc, on the other hand, seems to be guided by the idea that since technology is fleeting and soon rendered obsolete, a quality watch should last for many decades with proper care. Therefore, Montblanc put the technology into an electronic watch band that will be released next month, which displays emails, has an activity tracker, can control the music in the user’s phone, and has a selfie-enabling trigger for the user’s phone camera. The e-strap goes for $390 and is for use with its TimeWalker watches, which range $3,700 to $5,800.

One name conspicuously missing from these announced plans so far is perhaps the first to come to mind for luxury wristwatches: Rolex. (The company didn’t respond to Fortune’s request for comment.) “Those who enjoy getting the latest gadget will get the latest gadget,” said Randy Brandoff, CEO and founder of Eleven James, which rents luxury watches by subscription. “But it’s not going to replace years of wearing a Rolex. It’s just different.”

And an anti-trophy watch offering “made by real people for real people,” Pebble Technology’s $199 Color E-Paper Smartwatch is shipping its newest version to backers of its $20 million+ funded Kickstarter this week (the most successful Kickstarter ever). It allows users to download watchfaces, use sports and fitness apps, and get notifications from iPhone and Android phones–and swim while wearing it. One of the features widely viewed as in its favor is its claim to have up to seven days of battery power.

That’s just a sampling of the approaches under development, and five non-Apple smartwatch examples can be found here. But it remains to be seen how it will all shake out in sales and performance. Adams says that when it comes to smart watches, “I’m bullish on the Apple Watch because it’s the first one I’ve actually worn that works.” To him, having the smart technology in the strap by Montblanc is a great idea, but because it’s not out yet, he will only call it “very promising technology.”

The rise of the Apple Watch may also bring around a new, and maybe younger, demographic to traditional watches, given time. “People are going to be noticing what’s on people’s wrists,” Adams said. “People had blinders on when it came to watches, and now they’re going to be noticing and having an awareness that didn’t exist before.” And both camps are hoping there will be more women in that consumer base, as both Apple and the luxury watch industry are focusing marketing efforts on women, with style-focused Apple ads appearing in Vogue and other fashion-oriented placements.

And apart from function, there’s a definite form and fashion aspect to vintage and contemporary luxury watches that will retain the appeal for certain men of means. “Men especially have precious few things to indicate who they are. Traditional watches are one of the few and very powerful ways of designating your status.”

But there’s room for both. Although smart watches don’t have that classic heft or nostalgia of a vintage timepiece, he says, “Smart watches have the ability to mimic that [status symbol factor]. I’ve seen people carrying around mobile phones like it’s keeping them alive, and that always looks unnatural to me, and I think that really changes with smartwatches because wearables extend taking technology with you in a way that’s a lot more natural.”