Why a judge threw the book at Silk Road’s founder 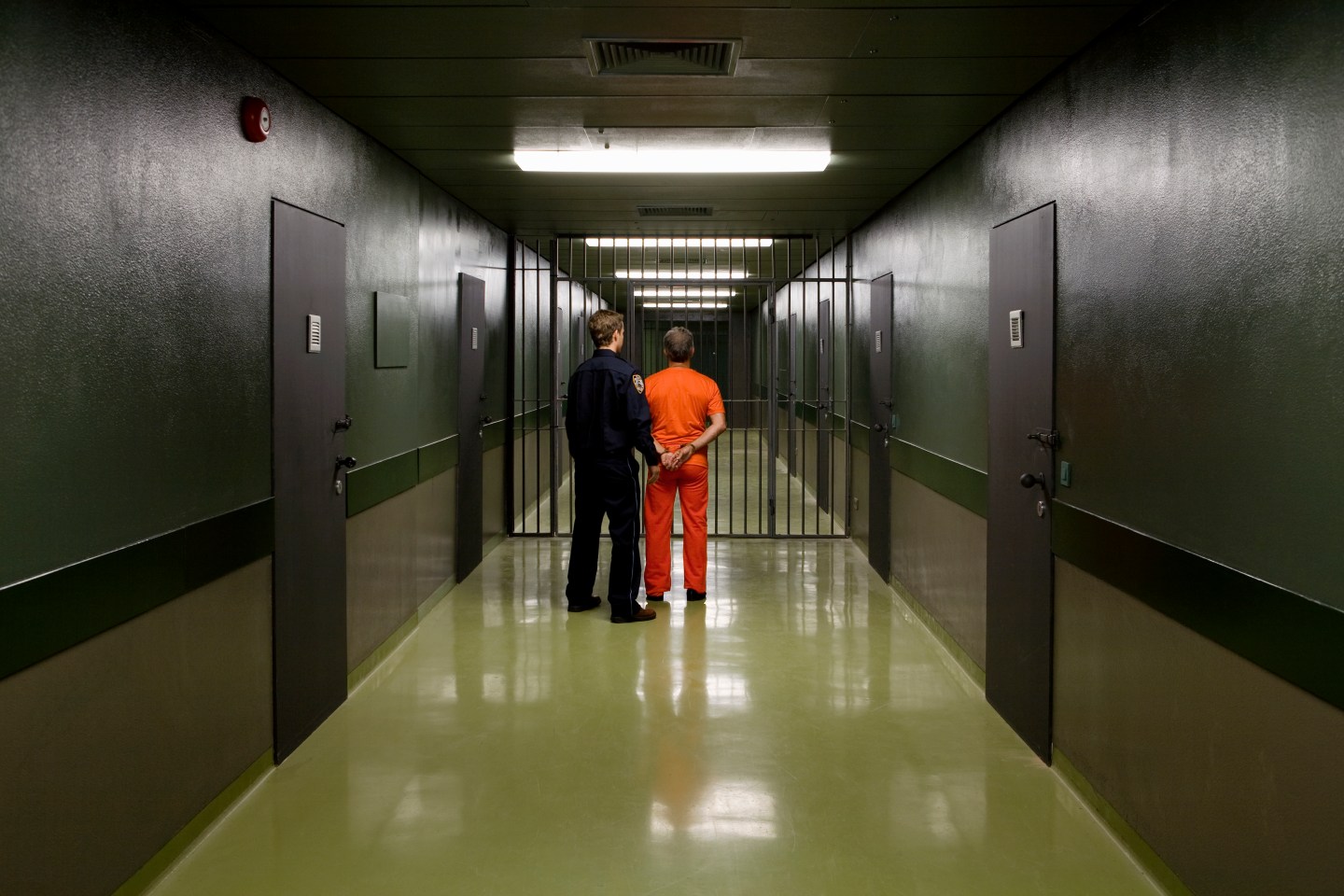 Everyone gasped. It was clear Ross Ulbricht would do serious time for running Silk Road, an online bazaar for drugs and illicit activities. But no one predicted a judge would put him in prison until he dies.

Why was the sentence, handed down on Friday, so harsh? Why did U.S. District Judge Katherine Forrest treat Ulbricht, whose only weapon was a keyboard, more severely than many murderers and child molesters?

For Ulbricht’s supporters, the life sentence confirmed their suspicions: the FBI and Judge Forrest chose to make Ulbricht a scapegoat for America’s failed drug policy, and to punish him for using a technology they could not control.

The reality is more complicated. While the Silk Road saga is about internet culture and about U.S. drug policy, the real reason Ulbricht will spend life in prison is because of a poor legal strategy and the terrible things he did.

The case for Ulbricht

The 31-year-old Ulbricht is smart, handsome and, as the court heard in dozens of letters from family and friends, kind and generous as well. The Silk Road, a website he created under the pseudonym “Dread Pirate Roberts,” was a triumph of technology and libertarian ideals.

Silk Road lived in the internet’s so-called dark web, and allowed people anywhere to exchange almost anything they wished in total anonymity. Buyers and sellers, who used Tor software and paid with bitcoin, could even rate each other Yelp-style for honesty and product quality.

For Silk Road’s users, this was a superior system for obtaining things (mostly narcotics) that governments, for whatever reason, had made illegal. As a marketplace, it was safer than a street corner, and its rating system let people conduct business in a civil fashion.

The rise of Silk Road also coincided with wide-scale disillusionment with the U.S. “war on drugs,” a policy that has done little to curb narcotic use, but that has had other consequences. These include an expansion of the country’s police and prison systems, broken families and the saddling of millions of people (primarily minorities) with criminal records.

Against this backdrop, Silk Road offered an online forum for consenting adults to conduct transactions that they would have conducted anyways, but with little fear of law enforcement. As for Ulbricht, his primary contribution was a website where these individuals could meet. Although he sold a few magic mushrooms in the early days, he did not have a direct role in the sales that took place on Silk Road.

This is why critics find the Justice Department’s case against Ulbricht so unsettling. The counts against him included not only conspiracy and “kingpin” crimes, but also a hacking charge based on the Computer Fraud and Abuse Act, a law many regard as outdated and overly-broad. This led some, including journalists, to suggest that the whole affair was partly a knee-jerk reaction against new technology:

Honest question: Has anyone in history ever been more harshly punished for something they did with a computer? http://t.co/qvYB8rid17

“It’s still unclear to me why you kept a journal,” said Judge Forrest while pronouncing Ulbricht’s life sentence.

She was referring to an online journal, seized by the FBI, that contained mounds of incriminating evidence about the acts and character of the Dread Pirate Roberts a.k.a. Ulbricht. The journal, along with seized emails, texts and instant messages, showed that Ulbricht himself believed he was much more than a website operator.

“I’m running a goddamn multi-million-dollar criminal enterprise,” he said in one message, explaining why he was too busy to socialize. Another declared the U.S. government to be “the enemy.”

And while Ulbricht may not have sold items directly, he did get a commission on every Silk Road transaction. This included sales of crack, cyanide, meth and more. The upshot is that Ulbricht became rich to the tune of tens of millions of dollars (until the FBI seized his bitcoins), in part by presiding over some very bad deeds.

Even the harshest critics of the U.S. drug policy would concede some Silk Road transactions were objectively wrong. It’s one thing to object to marijuana as a Schedule One drug; it’s another to sell crack to minors. Then, there were the attempted murders.

The FBI produced convincing evidence that Ulbricht, in order to eliminate enemies, paid hundreds of thousands of dollars to people who he believed to be hit men. While the hits turned out to have been staged by federal agents, Ulbricht believed he had arranged successful killings, and even requested and obtained a photo of the “murder.” In doing so, he displayed little contrition but instead commissioned further hits. While Ulbricht did not ultimately face murder-related charges, the hits (as he believed them to be) became part of the sentencing considerations; unsurprisingly, they did not help his cause.

All of this – the profits from the sale of hard drugs, the embrace of criminality, the attempt to commit murder – makes it hard to avoid a conclusion other than Ulbricht was a bad person who did very bad things.

To save himself, he should have told the court a tale of regret and contrition. Instead, Ulbricht doubled down on the story of Silk Road.

As Ulbricht grows old in prison, he will surely rue his choice of lawyer. That lawyer, Joshua Dratel, pursued strategies over the course of the case that can best be described as baffling.

Despite overwhelming evidence against his client, Dratel chose to offer up a far-flung claim that Ulbricht was not Dread Pirate Roberts – and that the real Dread Pirate was still lurking out there on the internet. To no one’s surprise, this theory proved preposterous in court and the resulting conviction meant Ulbricht faced a minimum 20 year sentence; a guilty plea would likely have yielded less. Why did Draton let his client roll the dice on such a flimsy defense?

In the course of the trial, Dratel also failed to challenge what appeared to be an unconstitutional seizure of Ulbricht’s servers. Had he done so, he may have been able to exclude key trial evidence that helped cook his client’s goose.

In any event, the verdict came back guilty and there was little left to do but ask for mercy. Here too, however, Dratel chose an unusual tactic. He did not focus on Ulbricht’s remorse (real or feigned), but instead made academic arguments to say leniency was appropriate since Silk Road had reduced the overall harm associated with drugs.

This was a mistake on two fronts. First, as Judge Forrest observed, the argument was not entirely true: In some cases, Silk Road had expanded the market for dangerous drugs, by making it easier for more people in more places to get hold of them.

More seriously, Ulbricht was too flawed a defendant to be the poster boy for drug reform. There are no shortage of people who exemplify everything that is wrong with American drug laws (NPR has interviewed many of them), and who could have been held up as a symbol, but the Dread Pirate Roberts is not one of them.

Dratel’s approach, which relied on rationalizing Silk Road, was doubly unwise in light of who spoke before him at the sentencing hearing: a Massachusetts father whose son was found dead near a package of heroin purchased from Silk Road, and a mother from Australia whose 16-year-old died on his prom night after ingesting drugs he had bought from the website.

It’s questionable if those speeches should been part of the hearing in the first place; drug deaths, however tragic, will occur with or without Silk Road – and Ulbricht did not sell the drugs in question. But the parents’ words were heart-rending and sincere. Meanwhile, Dratel’s suggestion that Silk Road was just a scapegoat came across, at times, as arrogant and callous in comparison.

Leaving the judge no choice

“No drug dealer from the Bronx has ever made this argument to the court. It’s a privileged argument and it’s an argument made by one of the privileged,” Judge Forrest told Ulbricht before she sentenced him.

She’s right. Even though Silk Road amounted to a major criminal and drug enterprise, Ulbricht appeared to be asking for special treatment because he is white, educated and from a good family. In New York City, where many communities have suffered the ravages of drug abuse, and where legions of black and Latino men have earned harsh drug sentences, Ulbricht’s plea irked Judge Forrest.

Ulbricht’s arguments about deterrence also proved ill-advised. His lawyer told the court, in effect, that a harsher sentence would be pointless since it would not help to send a message about drugs. This amounted to a dare of sorts: either Judge Forrest could accept the internal logic of the Silk Road community, or else align herself with the agents of the U.S. government who perpetuate the failed drug war.

Forrest is a federal judge. How did Ulbricht and his lawyer think she would react to this argument? It’s no surprise that Forrest responded by deciding that, yes, she would make an example of the Silk Road founder to deter others from creating online criminal enterprises of their own.

Ulbricht will now remain in prison until he dies. It did not have to be this way. He and his lawyer had many opportunities to obtain a lighter sentence. But they stuck with the story of the Silk Road, and now he will pay the price.