The massive generational divide on America’s role in the world 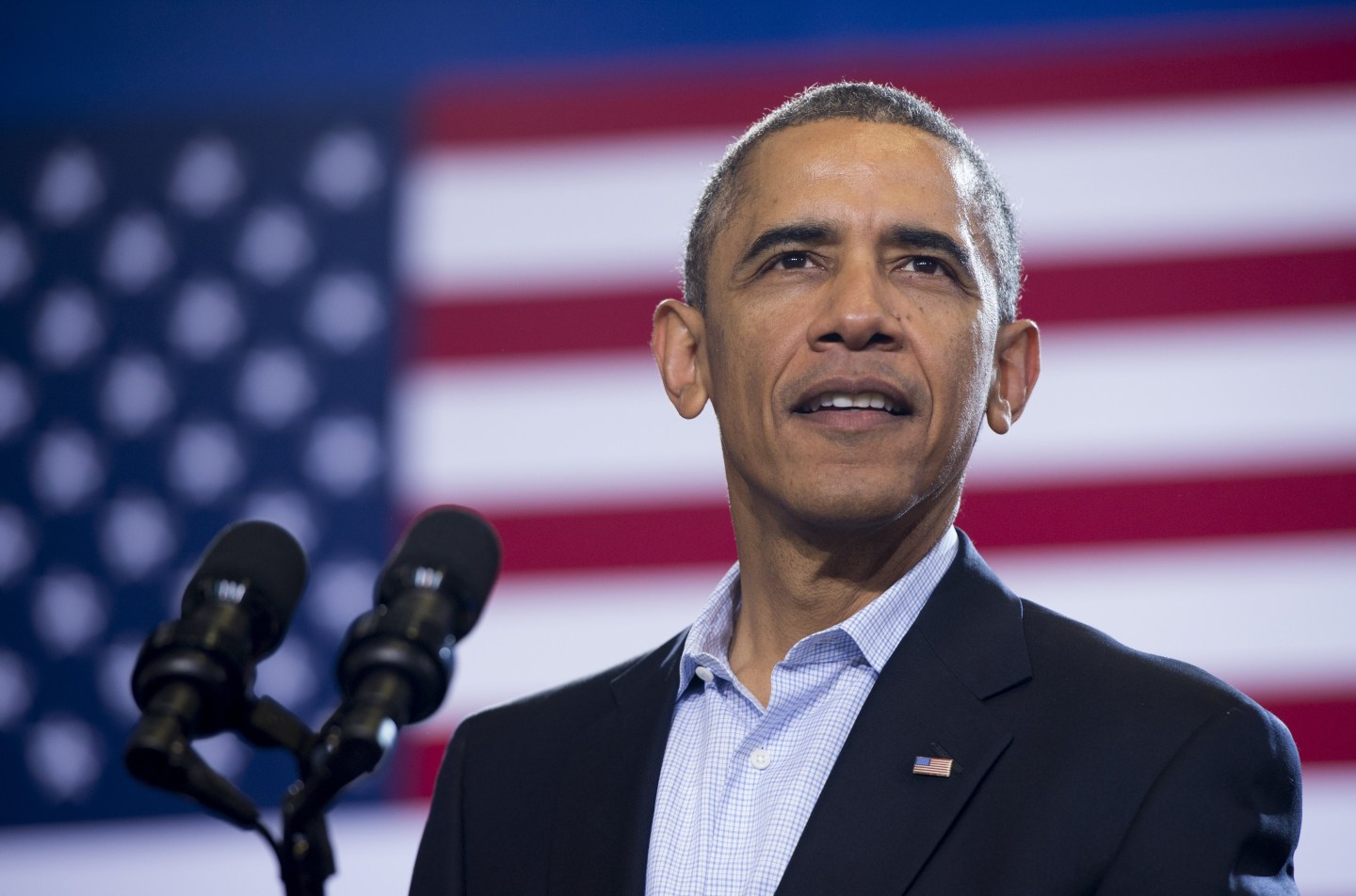 America hasn’t had a coherent foreign policy strategy since the fall of the Berlin Wall. Is the U.S. president still “leader of the free world?” Under what circumstances should America go to war? Should we be doing more or less in the Middle East? In Ukraine? In Asia? Maybe the U.S. has been a superpower for so long that Americans don’t see the need for a carefully considered strategy. Too many of us treat foreign policy challenges as if they’re mainly a test of the president’s will.

It’s time for a debate. It’s not that the country is in decline; America’s political resilience, raw economic power, cultural dynamism, and innovative potential point toward a bright future. But its global influence is very much in decline. The world has changed significantly since 1990: Europe needs U.S. protection far less than it used to, and China, along with many other developing countries, now has the strength and self-confidence to say “no” to U.S foreign policy.

America has changed, too. After the long, costly wars in Iraq and Afghanistan, Americans are deeply reluctant to support any plan that might require a costly commitment of troops and taxpayer dollars. U.S. citizens can’t afford a make-it-up-as-we-go-along foreign policy. Now more than ever, Americans need their presidential candidates to have a serious discussion about America’s role in the world as a global power. It’s not enough for our would-be leaders to tell us that “America must lead.” They need to also tell us why, how, and where. Given the impact of foreign policy choices on our lives, and those of our children and grandchildren, this debate is long overdue.

So, what role do Americans want their government to play? I asked 1,044 adults (representative of the U.S. population according to age and sex) 10 questions about America’s role in the world. They were then asked to choose which of the following three choices comes closest to America’s best approach to its foreign policy:

Independent America: We must rid ourselves of international burdens and focus on improving the country from within. It’s time for America to declare independence from the responsibility to solve other people’s problems. Instead, Americans should lead by example—in part, by investing in the country’s vast untapped potential.

Moneyball America: We can’t solve every challenge, but we must defend U.S. interests where they’re most threatened. In the tradition of Realpolitik, we need a clear-eyed assessment of our strengths and limitations. We shouldn’t impose our values on anyone, but we should help our allies in ways that make America more secure and prosperous.

Indispensable America: No other nation can provide the leadership that the world desperately needs. We will never live in a stable world while others are denied their most basic freedoms—from China to Russia to the Middle East. Providing international leadership may be costly, but turning inward and failing to protect our values carries an even bigger price tag.

Thirty-six percent of the respondents selected “Independent America” or “Moneyball America” and 28% chose “Indispensable America.” Roughly a third of the respondents identified with each definition, suggesting that potential presidential candidates could make a compelling case for any of these visions. The survey also highlighted a significant generational divide. Respondents over 60 were nearly twice as likely (39%) to choose Indispensable America as those aged 18 to 44 (20%). Additionally, those over 60 were far less likely (28%) than all other respondents to choose Independent America (40% for respondents under 60).

It’s easy to see why there might be such a divergence in opinion between members of different generations. Older voters grew up during the Cold War, when the U.S was the world’s dominant political and economic actor. Younger voters however, only know of the Cold War from history classes and “old movies.” It’s no surprise that their assumptions about American power are different from those of the “greatest generation” and their children. But this is not the only generational difference. One of our 10 questions asked “Is America an ‘exceptional’ nation?. Overall, 57% of respondents said ‘yes’ and 43% said ‘no.’ However, if you break down the numbers according to age, 63% of those 60 and over , said America is exceptional, compared to 45% of those aged 18 to 29.

We also asked respondents which of these three statements best captures their opinion of America’s global role: (a) America will be better off if we mind our own business and let other countries get along the best they can, (b) America must lead or (c) The primary purpose of U.S. foreign policy should be to make America safer and more prosperous. Just 16.7% of respondents 60 and older said America should “mind its own business,” compared to 40% of respondents aged 18 to 29.

The message seems obvious, but the presidential candidates don’t seem to get it. Younger voters, who are important for today and crucial for tomorrow, don’t make the same assumptions as older voters about America’s role in the world. They’re less likely to accept that the U.S has a special responsibility to protect liberty in other countries and to fight tyranny. They have less of an investment in global leadership. Of the major candidates, only Rand Paul speaks to this divide, and his positions on other issues may undercut his broader appeal with younger voters.

This is just one survey. Let’s hope there are many more on these questions. For now, it appears that the next generation of Americans will enter the voting booth with very different assumptions about America’s responsibilities than those of us who came of age during the World War II or the Cold War eras. How will shifting American attitudes reshape the debate about the country’s role in the world? These results suggest that it won’t take long to find out.

Ian Bremmer is the president of Eurasia Group, global research professor at New York University, and editor-at-large and foreign affairs columnist at TIME. Follow him on Twitter @ianbremmer