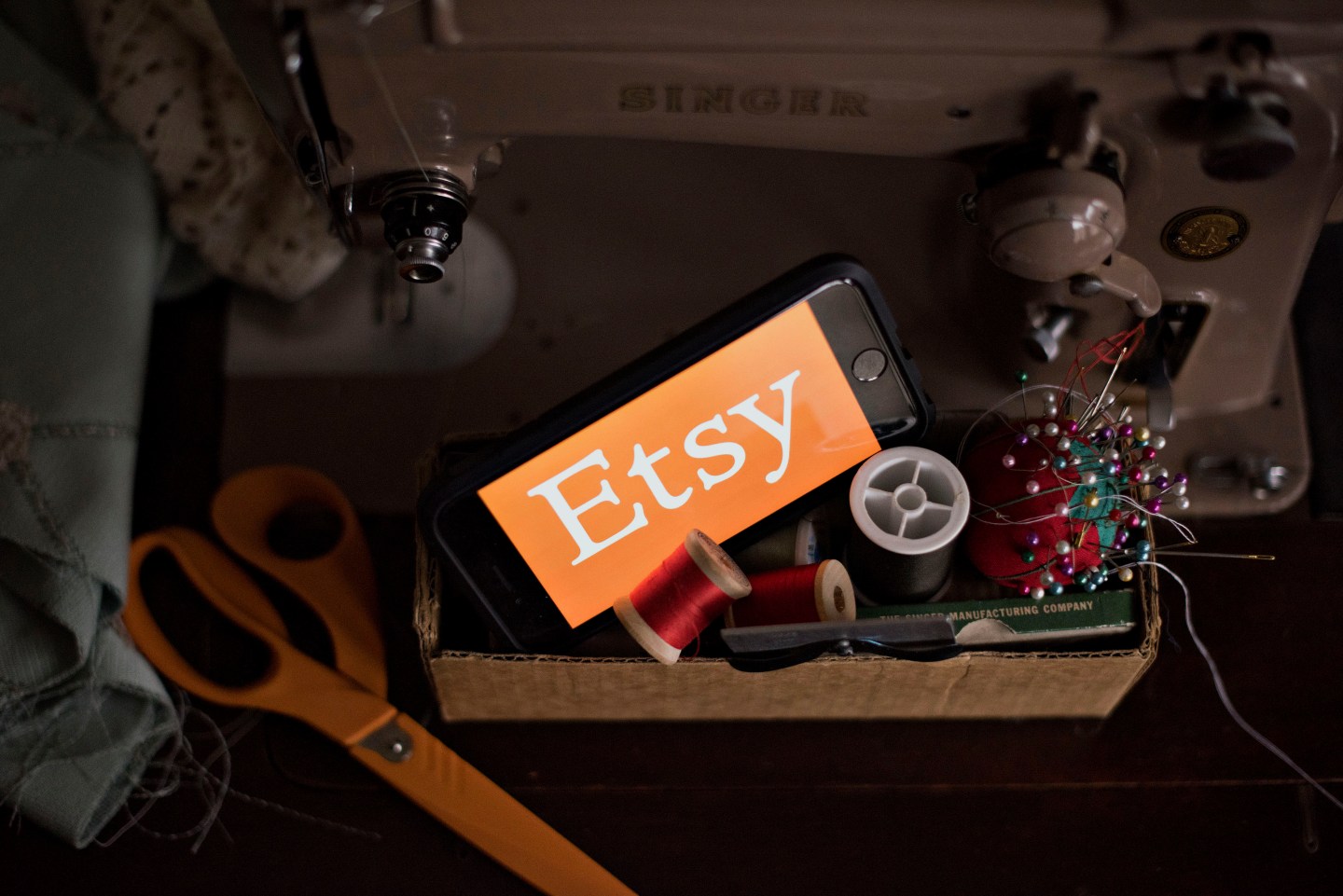 The logo of Etsy Inc., is displayed for a photograph in Tiskilwa, Illinois, U.S., on Tuesday, Jan. 20, 2015. Etsy Inc., where people sell handmade crafts and vintage goods, may be the biggest technology IPO to come out of New York since 1999. Etsy is working on an IPO that could take place as soon as this quarter, people familiar with the matter said. Photographer: Daniel Acker/Bloomberg
Photograph by Daniel Acker — Bloomberg/Getty Images

Etsy’s stock tumbled as much as 18% Tuesday after the online crafts marketplace delivered weak quarterly results.

The company reported a quarterly loss of $36.6 million, a seven-fold increase from the $500,000 loss in the same quarter one year ago, the Wall Street Journal reports. Etsy blamed the bigger loss on a tax provision linked to corporate restructuring.

The results were Etsy’s first quarterly report since going public on April 16. On the first day of trading, the company’s shares opened at $31, about double its IPO price of $16. In after-hours, following the earnings report Tuesday, Etsy’s stock plunged to around $17. The shares had closed at $21 in regular trading (ETSY).

For more about Etsy, watch this Fortune video: