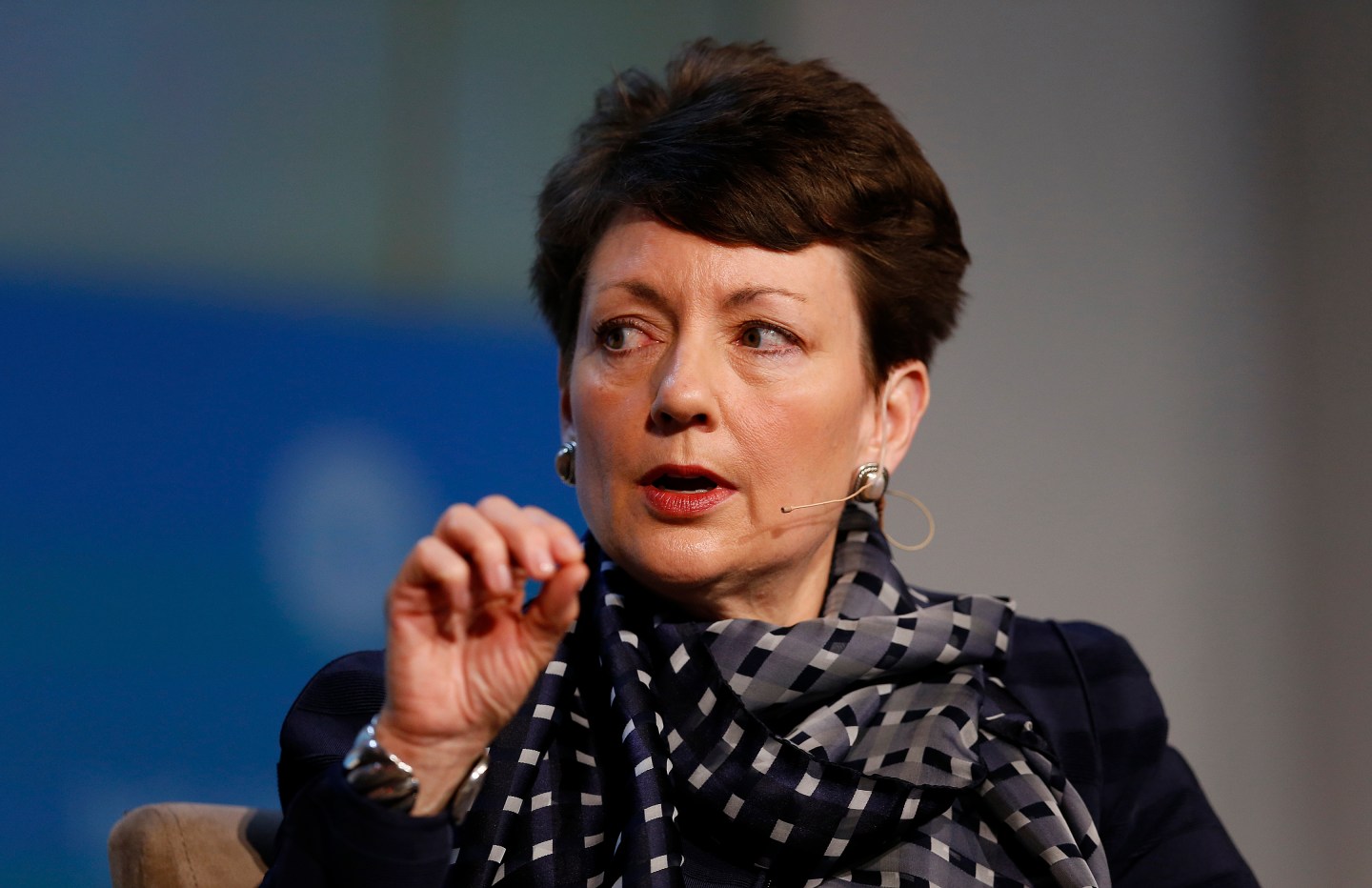 Lynn Good, president and chief executive officer of Duke Energy Corp., speaks during the 2014 IHS CERAWeek conference in Houston, Texas, U.S., on Thursday, March 6, 2014. IHS CERAWeek is a gathering of senior energy decision-makers from around the world to focus on the accelerating pace of change in energy markets, technologies, geopolitics, and the emerging playing field. Photographer: Aaron M. Sprecher/Bloomberg via Getty Images
Photograph by Aaron M. Sprecher — Bloomberg via Getty Images

The plea entered in federal court in Greenville, North Carolina, by the country’s largest power company by generation capacity was expected as part of a settlement with the U.S. Department of Justice announced in February.

As part of the deal, Duke has agreed to pay $102 million in fines and environmental projects.

The company admitted to failures at five of its power plants over several decades that allowed coal ash to enter waterways, including documented problems with the 48-inch pipe that would eventually cause the spill into the Dan River in February 2014.

The stormwater pipe beneath a coal ash pond at Duke’s retired power plant in Eden ruptured, releasing up to 27 million gallons of wastewater and as many as 39,000 tons of coal combustion residue into the river that supplies drinking water to two towns in neighboring Virginia.

Duke “failed to take reasonable steps to minimize or prevent discharge of coal ash to the Dan River that would adversely affect the environment,” according to a joint statement filed by the company and prosecutors in federal court.

Prosecutors charged several Duke subsidiaries with nine misdemeanor violations of the Clean Water Act as part of the case.

Duke (DUK) has separately agreed to close and clean up coal ash sites at 14 coal plants in North Carolina, though their methods have been disputed.

“Our highest priority is to operate our system as safely as possible for the customers and communities we serve,” Duke said in a statement on Thursday.

For more about Duke Energy, watch this Fortune video: