If you thought the Bud Light ad campaign was bad, check these out 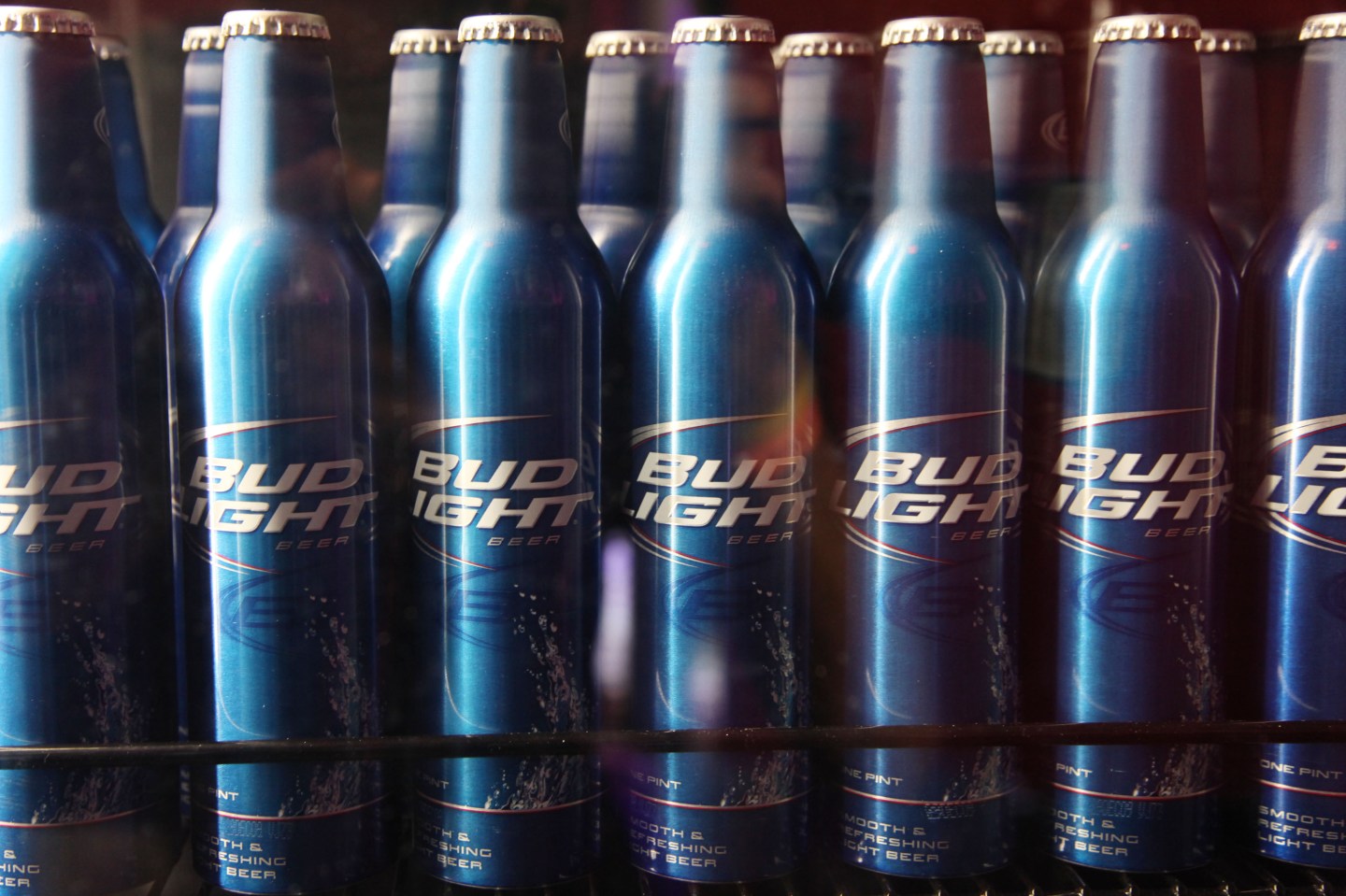 There is, in fact, such a thing as bad publicity. As part of its “Up For Whatever” campaign, the makers of Bud Light printed “The perfect beer for removing ‘no’ from your vocabulary for the night” on a large number of its bottles, without anyone noticing the rohypnol-ish implications until it was already on store shelves.

Bud Light Vice President Alexander Lambrecht said in a statement that the company regretted the error and would immediately stop putting the message on its bottles. Lesson learned, and if anything, Lambrecht can at least take consolation in the fact that Bud Light is far from the first company to run an advertising campaign that gets the sort of warm reception normally reserved for Ebola outbreaks.

A car is an expression of machismo and a statement of many men’s alpha dog status. The Jaguar car company must have agreed, because it debuted an advertising campaign advising potential buyers to “Mark your territory.”

“A little grossed out by Jaguar’s ‘Mark Your Territory Sales Event,’ wrote Twitter user AubExpat, while another named Snacks Cody wrote, “They know that means pee. They know that means pee.” Finally, a Twitter user named Solomon A. Rosenthal posed the question directly to the car company: “Have you anticipated stupid people ‘marking’ dealership cars?”

While extremely forgiving people might surmise that Bud Light’s slogan snafu was honestly the product of naiveté, the same cannot be said for the ad that Belvedere Vodka ran on its Facebook page in 2012. It depicted a smiling man grabbing a horrified woman from behind, while the text to their right read, “Unlike some people, Belvedere always goes down smoothly.”

Writer Amy Tennery called it “the most awful piece of promotional material I’ve seen published in the last several months, if not years,” and Kashmir Hill wrote in Forbes, “Expect a firing before happy hour.” Forbes later reported that the company took down the ad after one hour of being posted, then issued an apology and made a “generous” donation to the Rape, Abuse & Incest National Network (RAINN).

In 2013, Hyundai made a television advertisement for its iX35 crossover car, in which a man attempts to commit suicide by sitting in one with the motor running while parked in a closed garage. His attempt fails because the car does not produce enough harmful emissions to kill him.

The automotive website Jalopnik called the ad nothing less than “The Worst Car Ad In History,” and Shannon Stull Carrus, Creative Director of the Who Is Carrus advertising agency, said to Fortune, “Hahahahaha, suicide is hilarious,” with tongue planted firmly in cheek.

Hyundai issued an apology and immediately took down the ad, but the Advertising Age website still has it to view in all its appalling glory.

Susan Boyle’s “Standing Ovation: The Greatest Songs From The Stage”

In 2012, the “Britain’s Got Talent” singing sensation Susan Boyle released a new album called “Standing Ovation: The Greatest Songs From The Stage.” To publicize this momentous occasion, her PR team christened the event with the hashtag #susanalbumparty. No one seemed to realize the possibilities behind this hashtag, and if you couldn’t see it, the good people at ZOO Magazine were only too happy to do so for you.

A predictable pile-on of cruel jokes ensued, and the hashtag was quickly changed to #SusanBoylesAlbumParty. Ever the optimists, the good people at The Guardian found a silver lining in the whole kerfuffle. “Britain’s Got Talent runner-up Susan Boyle has been trying to find her way back to the headlines for some time now,” it said. “The good news is that she’s finally succeeded.”

The #WhyIStayed hashtag went viral in 2014 after video footage emerged of the Baltimore Ravens’ Ray Rice punching his fiancée in an elevator. On social media, people used it to give accounts of why they had remained in abusive relationships, but a completely oblivious DiGiorno Pizza used it for their own entry – “#WhyIStayed You had pizza.”

Online reaction was swift, and the company quickly deleted the tweet and posted “A million apologies. Did not read what the hashtag was about before posting.” To their credit, the company’s apology seemed sincere, but the moral of the story is, click on that hashtag and find out what it means before jumping on the bandwagon to sell a few pizzas.

Malala Yousafzai is many things — human rights advocate, female education activist, Nobel Prize laureate. And according to an ad campaign for Kurl-On, her wounded body can also sell the heck out of a mattress. The company ran an ad which featured her getting shot by the Taliban, bouncing off of a Kurl-On mattress and rising up to receive an award.

The advertisement was pulled and an apology was issued, but Barak Kassar, a partner at Rassak Digital Brand Building and Communications, gave a reaction to the ads that effectively summed it up in three words: “Cringe, cringe, cringe.”

Fifteen years ago, there was no social media, so agencies had to work overtime to cause mass consumer umbrage. However, an advertisement for Hawaiian Tropic suntan lotion in the January 2000 South American edition of Rolling Stone did just that when it depicted a white sunbather being dragged away by two members of the Ku Klux Klan.

The idea was you’re going to get so black that the Ku Klux Klan is going to come after you,” said Carlos Perez of the Grey Argentina advertising agency, which was responsible for the ad. According to The Orlando Sentinel, it caused such protests from Argentine antidiscrimination groups and the U.S. office of Rolling Stone that it was quickly pulled from the magazine.