Malala Fund co-founder on Taliban attack: ‘We need to say no more’ 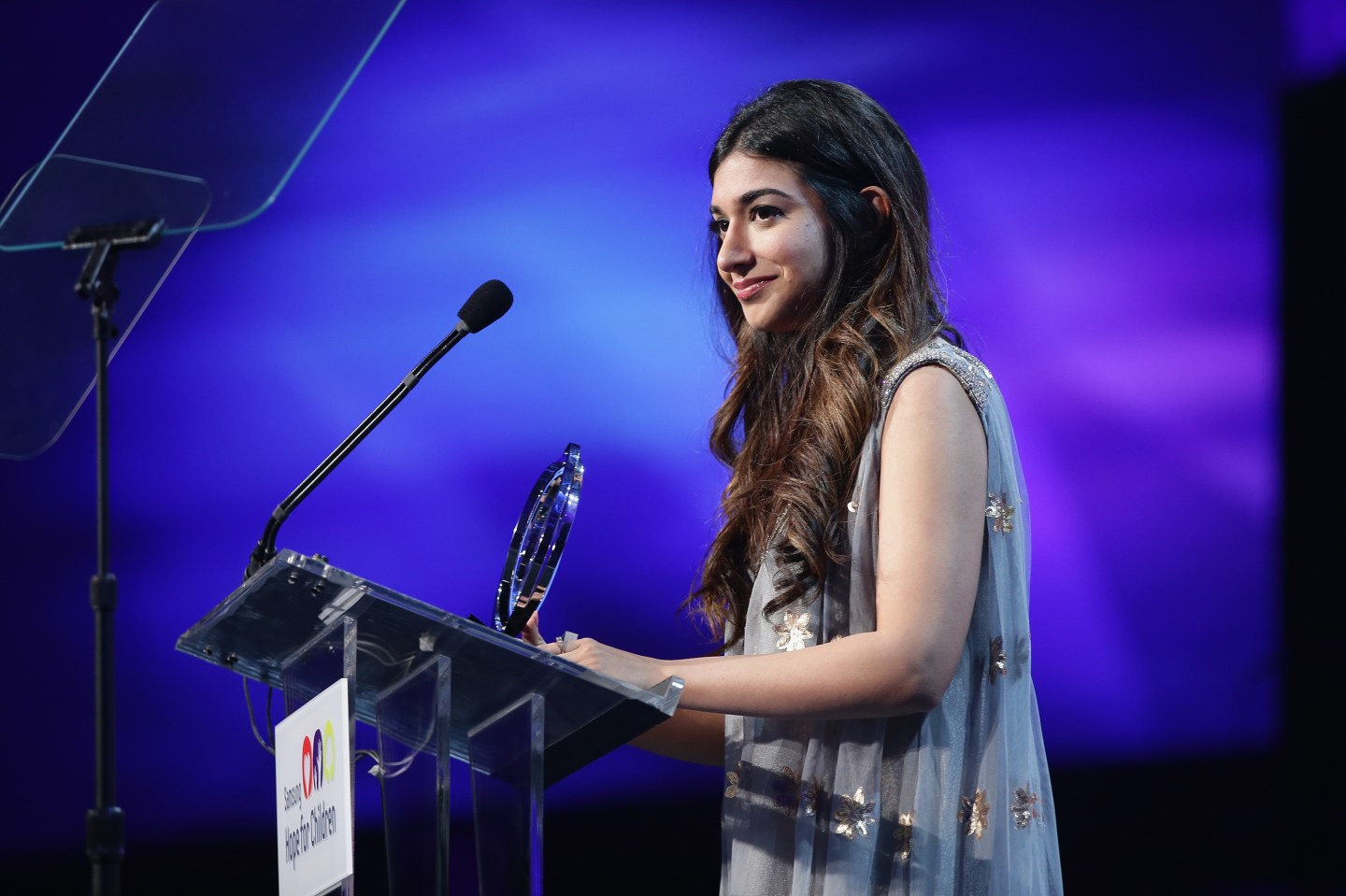 In 2012 when 17-year-old Malala Yousafzai was shot in the head on a school bus by the Taliban, she became the first Pakistani student to be targeted by the militants. Two years later, Yousafzai is tragically joined by hundreds more.

On Tuesday, a Taliban attack on a school in Peshawar has left more than 100 schoolchildren killed. Shiza Shahid, the co-founder of the Malala Fund, an organization working to break the cycle of poverty and empower girls through education, has devoted much of her life to championing women around the world. In an exclusive interview with Fortune, Shahid — speaking as a Pakistani advocate — shared her initial reactions.

What was your reaction when you first heard about the attack?
It’s been incredibly heartbreaking as a Pakistani and as a human being. I have seen so many terrible things happening in Pakistan in recent years. Suicide attacks, sieges, Malala’s own shooting, but this really hits home in a way that is deeply painful. Malala was the first child to be deliberately target in Pakistan. Now they are targeting over 100 children dead.

What is missing in Pakistan right now that these violent attacks are continuing?
The roots of terrorism in Pakistan are deep and complicated and lawless and ungoverned. Various ideologies are all in the quest for the very same thing: Power. When territories are ungoverned, and people are disappointed and not given opportunities to strive for a better tomorrow, people fall prey to terrorist groups who have the means to intimidate and frighten.

Why do school children remain a target for the Taliban?
Significant progress has been made by the military to root out certain terrorist leaders and this was really an act of retaliation. This is a school that mostly has children of military officers and cadets and their wives were teachers. So really, this was retaliation to what was done by the military, and it shows how long this battle is going to be.

Also, there is nothing more precious than our children. By going as far as attacking children, they are saying that nothing is off limits, so there is an utter lack of humanity. There have been instances where terrorists have bombed empty schools as a way to protest the teachings of western ideologies, but this act was clearly and deliberately meant to kill children, and it is as heinous as can be.

Do you think this act of violence marks a tipping point in Pakistan?

We are at a point now were the country needs to stand up and stand up together. We need to grieve for who has been lost and take action for once and for all, and we need to say no more and say never again.

Are you fearful that this will deter children from going to school?
This has been happening for awhile. In the past, areas around schools have been targeted and school buses have been threatened and for a while now, military schools have been targeted as well. I live about a mile away from the Navy complex in Islamabad, and for awhile there has been heavy security. If children aren’t given an education there really isn’t anything left. So hopefully we will take the time to grieve, and hopefully the people will come together and do everything we can to protect children. For more children to lose their one chance to get an education will result in many more tragedies just like this.

What, if anything, has changed for the better in Pakistan since 2009 when you started a summer camp to empower young girls and their education?
Where we have taken two steps forward, we have also taken two steps backward in various aspects. We have more girls going to school than before and we have more parents agreeing that sending their girls to school is a priority. We also have more women in medical school than men. On the other hand, you have terrorists targeting schools, and you still see female medical school graduates not going to work because they are worried about getting a husband. The terrorist threat is very real against women.

How can concerned people outside of Pakistan help?
I am a big believer in finding local activists and advocates and supporting them. That is very much the model that I worked with at the Malala Fund. Now I am working on a social impact fund that will invest on the ground, and there are some great organizations that try and highlight local leaders and amplify their work.

We have heard Malala’s story, and it was a great example of the power of story telling. We have more stories to tell, and we need to bring those stories into the media and supporting their organizations is a great way for us to do it. You are seeing young girls in villages starting companies to sell handbags that employ local women. You see entrepreneurs and young people creating change and innovation. Those are the things we need to focus on, and those are certainly the things I focus on given how hard it is to get anything done through the government.

Correction: This story has been corrected to reflect the fact that Shahid stepped down as CEO several months ago.