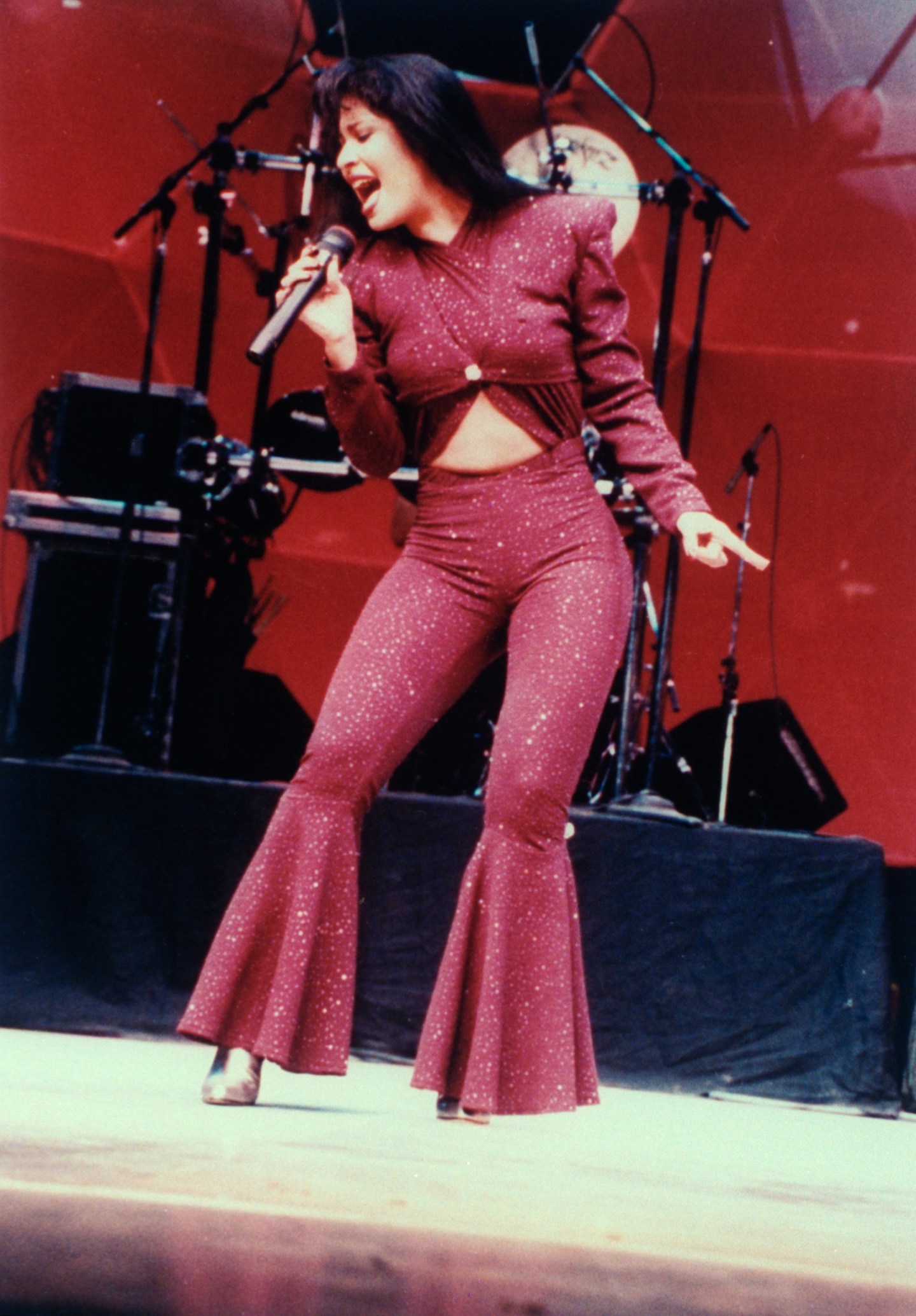 Back in 2012, Dr. Dre and Snoop Dogg shocked music fans by performing with a projection of the late Tupac Shakur at the Coachella music festival. The dead rapper addressed fans and mentioned the festival by name, even though he died three years before it was founded.

Reports erroneously referred to the show as a hologram, though in reality it was just a two-dimensional CGI rendering that appeared onstage via the use of mirrors. No matter the terminology, some loved the spectacle while others felt it was exploitative of a long-dead artist.

The stunt didn’t turn into a trend, though. The company behind it, Digital Domain, went bankrupt the same year and reports claim that the one-off event cost around $100,000 to pull off—an expensive fee for a five minute set.

Now the family of another slain artist, Mexican-American crossover singer Selena, is moving forward with similar plans for a concert tour and new songs that is dividing fans and critics.

According to a statement by her estate, Selena “will release new songs and videos, will collaborate with current hit artists and aims to go on tour in 2018.” The project, which has a funding goal of $500,000 via an IndieGogo campaign dubbed ‘Selena The One,’ will be made in conjunction with technology firm Acrovirt.

According to Billboard, Acrovirt’s co-CEO Terry Kennedy says the company will create life-like digital recreations of Selena that will have the ability to interact with fans. “Using detailed individual personalized functions spanning the mind, brain and body, the individual’s Digitized Human Essence will autonomously learn and react on behalf of its human counterparts.”

The debate surrounding the proposed digitized Selena, who was shot and killed by a former business associate 20 years ago, is whether or not the Quintanilla family should be able to manipulate the deceased artist’s image. Is there an ethical line between selling merchandise and album re-issues versus using an artist’s visual and vocal information to create an entirely new product? And, has Selena’s estate crossed it?

The laws concerning a musician’s digital representation after death is complicated says Mitchell Schuster, partner at Meister Seelig and Fein LLP. “During a celebrity’s lifetime, most states protect against the unauthorized commercial use of the celebrity’s right of publicity. However, after a celebrity’s death, the states are not uniform and the answer varies state to state,” he says. “For example, California now recognizes a celebrity’s postmortem right of publicity and in contrast, New York does not. New York has historically treated celebrity personality rights in a manner similar to a person’s right of privacy, which usually expires upon the person’s death.”

If Selena’s estate moves forward with the project it wouldn’t be the first time the music industry used digital recreations of dead artists. In the past, holograms of Michael Jackson and Nat King Cole were created for one-off performances at the Grammys.

However, what the Quintanilla family is proposing is something completely different—they want to turn the once very much alive Selena into a unique digital artist that will perform unreleased songs, new recordings and take part in partnerships that she could not have approved of before her untimely death. In other words, her family is creating a completely unique artist using her personal information.

But, could this technology be used for something that benefits fans and remains true to an artist’s career when he/she was alive? Perhaps. Lots of people would pay to experience recreations of famous concerts and artists using existing audio and visual information. Imagine experiencing Woodstock without the rain, mud, traffic, and lack of modern sanitation; the tickets sell themselves.

But then again, imagine what a money-loving estate could do with the ability to manipulate a beloved artist that is unable to object? CGI already brought us Fred Astaire dancing with a Dirt Devil, Humphrey Bogart drinking a Diet Coke and John Wayne advertising Coors.

An ambitious family and the right corporate sponsor could lead to Selena or some other beloved artist shilling for some product they might never have endorsed (or even knew existed) while alive. Selena could only be the beginning of a slew of pop stars brought back from the dead and virtual innovation has the potential to, and likely will, go too far with its use.