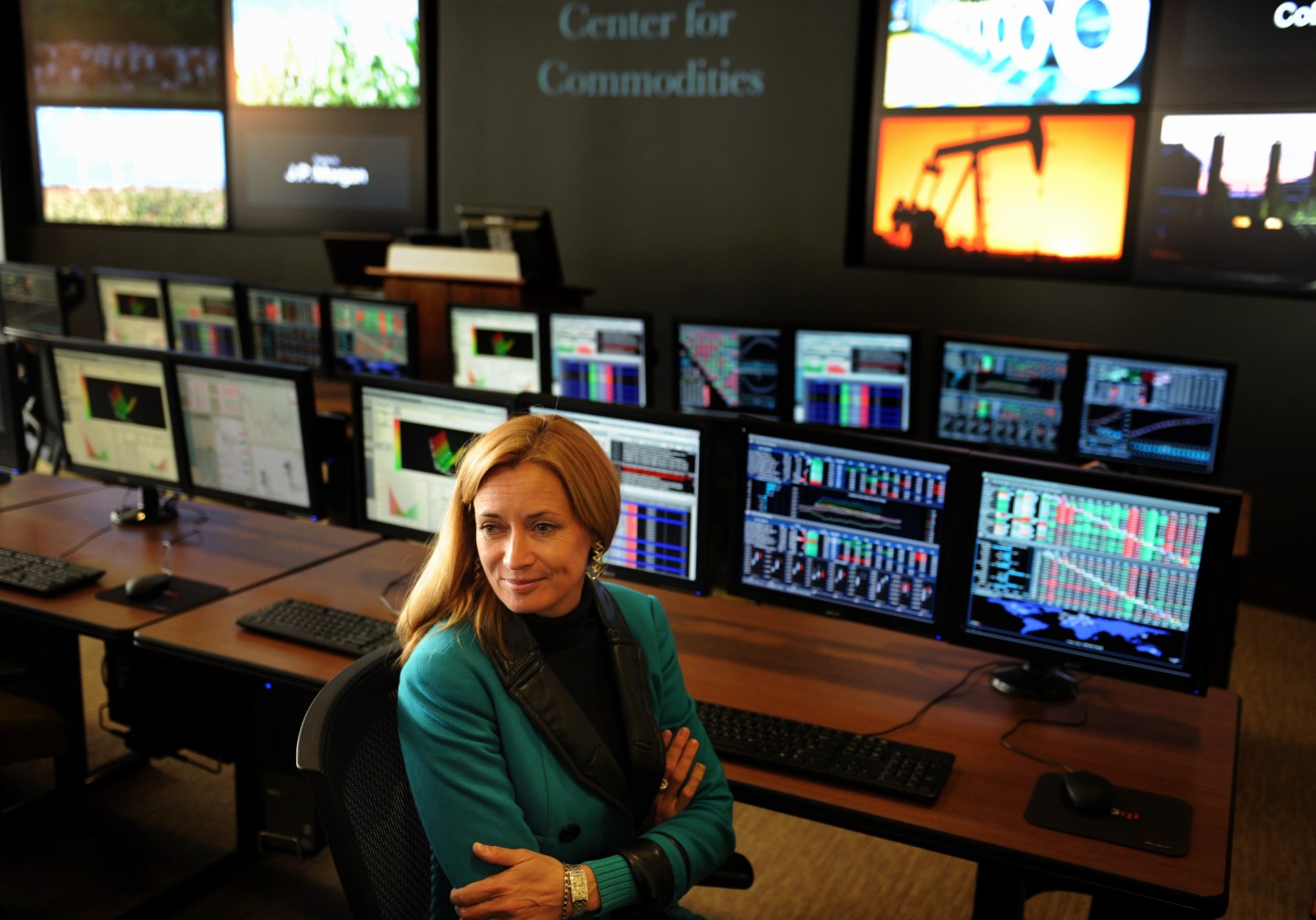 The bitcoin community—the developers, executives, venture capitalists, policy wonks, academics, and even bloggers who work in, engage with, and support the decentralized technology and the digital currency—has a diversity problem.

It’s no worse than in the technology industry writ large, though some people disagree. Whatever the case, women are very much a minority in the business of bitcoin. But there are more of them than a Fusion piece this week would have you believe.

The story, entitled, “Why bitcoin’s male domination will be its downfall,” garnered fast and furious responses on Twitter from people in the bitcoin community who disputed author Felix Salmon’s representation of the issue. (“Effectively zero,” he says at one point; an “almost complete absence” at another. ) Using Nathaniel Popper’s forthcoming bitcoin book Digital Gold as a jumping-off point, Salmon wrote, “If you are a woman involved with Bitcoin, you are invariably going to get treated like an outsider.” Digital Gold focuses on the origins of bitcoin and a small handful of its earliest characters. Popper told Salmon he put effort into “trying to find a woman who was involved in some substantive way,” but as Salmon (not Popper) says, the result was “Zero. Nothing. Zilch.”

That string of strong words is a bit misleading. It refers to the involvement of women in the very early days of bitcoin. Nowadays, the landscape is different. Popper, for his part, was mostly silent on the issue—but replied to one critical tweet by saying, “I would wait and read the book before you conclude what I say in it.”

On Twitter, bitcoin folks were quick to reply to Salmon:

@amelapay I want to say "Huh?! All the other conferences I go to are way more male-centric than BTC" but probably doesn't help.

@felixsalmon I call BS: Bitcoin is the only FinTech to ever have a community women's day, and current FinTech is even more male dominated.

The bitcoin industry has what Brian Forde, director of digital currency for MIT Media Lab, calls a “pale male” problem. (At a roundtable discussion about BitLicense this week, all of the bitcoin executives and policy pundits were male—the only female in the room was a reporter covering the talk.) An ongoing Coindesk survey first posted in March asks, “Is the Bitcoin community just young, white and male?” A separate survey from 2013 concluded that 96% of bitcoin “users” are male.

But there are quite a few women in the business of bitcoin—and while they may be heavily outnumbered by their male counterparts, they are hardly standing on the sidelines. “I might be a special case, but in my experience, I’ve only been welcomed and encouraged in this space,” says Andrea Castillo, an economic researcher at the Mercatus Center at George Mason University. “I’ve never felt there were barriers presented to me because of my gender. If anything, I think people have been nicer to me because of it.” Castillo and her former colleague Jerry Brito worked together on bitcoin’s first policy primer—Brito now serves as executive director for Coin Center, a nonprofit watchdog working to help influence policy and regulation of the industry.

On Twitter, Brito responded to Salmon’s article by pointing out that Castillo herself is one of the most influential women in bitcoin policy, along with his Coin Center colleague Robin Weisman.

“You can always look at a ratio on paper,” says Castillo, “but for me the more interesting question is, Are there any barriers? Are there people who don’t want them [women or people of color] to join and be involved? I don’t see that at all. I see everyone saying, ‘Are you interested in bitcoin? Join us, get involved.” I mean, it’s an open-source project.”

M.K. Lords is another vocal woman in the industry, and one of many people who are actively involved in the bitcoin community without working full-time at a bitcoin company. Lords’s day job is at a brokerage that accepts bitcoin for precious metals. In her free time she runs a bitcoin blog, hosts a bitcoin radio program, and has assembled multiple bitcoin conferences. “To say there are no women in bitcoin is sexist because it diminishes all the very active women in the space,” she says. “Women are accepted with open arms in the bitcoin industry. Yes, you deal with similar culture in tech at large, it is mostly male, but I haven’t experienced any kind of sexism. At my conferences, I had 40% more women in full speaker slots than other conferences.”

There are in fact so many women working in the industry, Lords says, that, “if you ask three different women who the prominent women in bitcoin are, you’ll get different names each time. There really are a lot of us.”

In that spirit, here are just 10 of the prominent female voices in bitcoin. It’s by no means an exhaustive list (nor a ranking), but it helps to push back on the assertion that women have been sidelined in the growing business of digital currency.

Rossiello’s company focuses on Africa, allowing for quick and inexpensive money transfers to the continent.

With $40 million in funding, Xapo is one of the most prominent bitcoin wallet services. McAdam, a former executive at other mobile payments executives, is one of its highest ranking executives.

A former D.C. person with a background in P.R., Ploshay became a contributor at Bitcoin Magazine before leaving to join payment provider BitPay. She also now sits on the board of the Bitcoin Foundation.

Gallippi is betting that charity is an avenue that can help fix bitcoin’s mainstream reputation.

A founder of the Bitcoin Strategy Group, a consultancy, van Eyk also works at ChangeTip, a bitcoin startup that allows for peer-to-peer bitcoin micro-payments via Twitter.

Forough has been key in bringing bitcoin awareness to Afghanistan, where she co-created the Women’s Annex. She was a 2013 TED speaker in New York and now runs Code to Inspire, which teaches young women in Afhganistan to code.

A former U.S, Naval officer, Nicholson is co-founder and CEO of BlockCypher, one of a handful of platforms for building applications on bitcoin’s block chain.

A former professor of tech policy at Stanford and Yale, Stark was key in the movement against SOPA. She is entrepreneur in residence at the non-profit accelerator StartX, and is part of Start Bitcoin, a group of entrepreneurs advocating for digital currency technologies.

Perhaps one of the biggest names to have jumped into digital currency, Masters left her post as head of global commodities at JPMorgan last year. In March, she was named chief executive at this recently launched trading platform.

The perception that there is a dearth of women in bitcoin harms efforts to change it. “It’s so easy to paint bitcoin with a broad brush, but there’s a lot of details people leave out,” Lords says. “In fact, when there are articles about a problem with women, I hear mostly from the men, saying, ‘This is crazy! We love the women in bitcoin and we want more of them.'”

Pua Pyland, who runs the blog “The Bitcoin Wife” and was one of the only female voices in bitcoin early on, told Fortune back in February that when she first started her blog, “it was a very different landscape. The community was small, and there were no forward-facing female advocates. My husband and I were early adopters, and I was looking to provide a different voice and perspective on Bitcoin…. Fast-forward to today. There are so many strong female voices in Bitcoin, and they are all very positive advocates to get more women involved.”