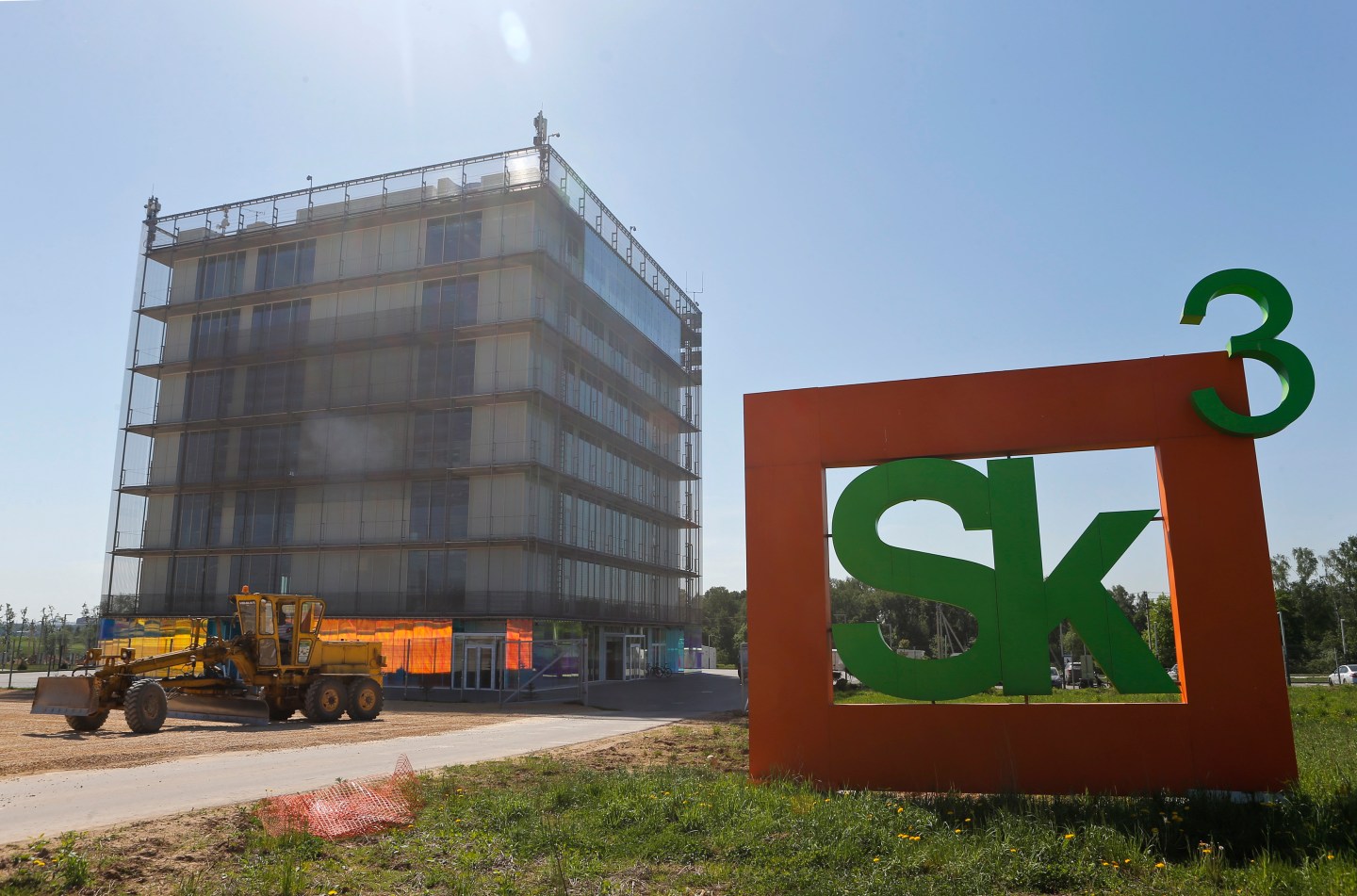 An exterior view shows the Skolkovo Hypercube at the Skolkovo Innovation Centre on the outskirts of Moscow May 20, 2014. Russian President Vladimir Putin and other officials point to projects like Skolkovo as an example of how Russia is diversifying its economy away from energy. Other projects include Russia's effort to develop Moscow as an international financial center and to launch a state-backed private equity fund. But at the start of Russia's annual investment forum in St Petersburg, from May 22-24, the environment for projects such as the Skolkovo tech park is deteriorating. Western sanctions over Ukraine are exacerbating Russia's economic slowdown and giving foreign investors pause for thought. Picture taken May 20, 2014. REUTERS/Maxim Shemetov (RUSSIA - Tags: SCIENCE TECHNOLOGY EDUCATION POLITICS BUSINESS) - RTR3QBTG
Photograph by Maxim Shemetov — Reuters

The United States isn’t the only place in the world where money is pouring into high-tech innovation. On Tuesday, Russian prime minister Dmitry Medvedev’s Skolkovo Foundation for technical development and the Chinese Cybernaut Investment Group agreed to create a $200 million venture fund, a startup incubator for Russian businesses and a new Chinese robotics center, all of which signify increased cooperation between the two countries to develop technology that benefits the both of them.

As part of the joint Chinese and Russian venture, roughly 15 companies currently based in the Skolkovo area near Moscow—otherwise known as Russia’s fledgling version of Silicon Valley—will take a seat at the Skolkovo Innovation Center, which is a research campus that Russia has been trying to tout as an hub of sorts for breakthroughs in the areas of information technology, biomedical, energy efficiency, nuclear, and space technology.

The chosen companies will supposedly be specializing in IT, robotics, space, and energy technology with the businesses choosing IT, robotics and space technology able to partake in the $200 million fund.

China will also apparently get help from the makers of the Skolkovo Robotics Center to create the Cybernaut’s robotics center in China whose purpose is to create “a joint acceleration program for Skolkovo resident companies to ease them into the Chinese market,” according to the announcement.

As Fortune previously reported, it’s hard for Russian startups to tap into venture capital in their mother country because of Russia’s shaky economy and the fact that a flood of venture capital in recent years has now dissipated.

And if Russia was hoping for Western companies to come knocking on their startups’ doors, so far that hasn’t been the case. Relations between the West and Russia remain somewhat tenuous as best with Prime Minister Medvedev saying on Tuesday that Western sanctions against the country for invading the Ukraine has cost the country $106 billion.

With this in mind, it’s no surprise that Russia isn’t banking on U.S. investors to help pour money into Russian startups, and instead Russia has found a funding ally in China.

China’s currently having its own issues with the U.S. government as well with U.S.-based tech companies like Cisco (CSCO) and Apple (AAPL) recently being dropped from China’s approved state purchase list because of the country’s concerns with U.S. surveillance tactics that were unearthed as part of the Edward Snowden document leak.

Now that the two countries are banning together, expect to see Russian and Chinese tech companies gaining favorable attention from the their respective governments in the form of economic benefits. Indeed, the announcement states that the new China-based robotics center “will implement a joint acceleration program for Skolkovo resident companies to ease them into the Chinese market.”