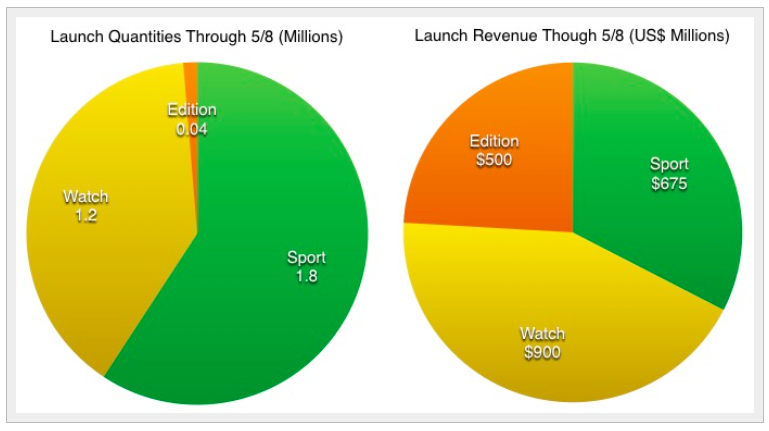 The mismatch between supply and demand for the Apple Watch — one that has already pushed delivery dates all the way to June — has many Apple watchers scratching their heads.

Carl Howe, a long-time student of the company — mostly for the Yankee Group, now for 451 Research — thinks he knows what’s going on.

I believe Apple did this for an important reason,” he writes in his executive summary. “Apple is offering 38 different models of Apple Watch and it has no order history to go on. Instead of guessing at the right mix of models to manufacture, I believe that while Apple has manufactured a large number of Apple Watch electronics modules, it will perform the final assembly of actual products—the unique combinations of module, case, and band—to order.”

That’s the short version. The full version is 3,000 words long and includes a thought experiment in which the reader is asked to imagine producing one million Origami lobsters in a month — a daunting enough challenge, but one that pales next to the Apple Watch.

Apple is not the only company that manufactures devices by the millions. But only Apple disappoints if it can’t meet that demand in a matter of days.

Apple’s solution, Howe says, was to build a small number of Watches of each type for store and demo use and then do build-to-order final assembly of the actual cases and bands ordered. That’s why Apple started pre-orders a fortnight before the April 24 ship date and why the ship dates are two weeks long (e.g. April 24 to May 8).

Using the same public information the other analysts are using, Howe estimates that Apple may have taken as many as 10 million pre-orders for an initial run of 3.1 million Watches: 1.8 million aluminum, 1.3 million steel, and 40,000 gold.

UPDATE: Found this in John Patrick Pullen’s March 11 profile of Ahrendts in Fortune:

All this activity is right in Ahrendts’ wheelhouse; she mastered monitoring SKUs at Burberry, pulling underperforming ones to get the best-sellers onto the floor.”