How many Apple Watches were sold worldwide last weekend? 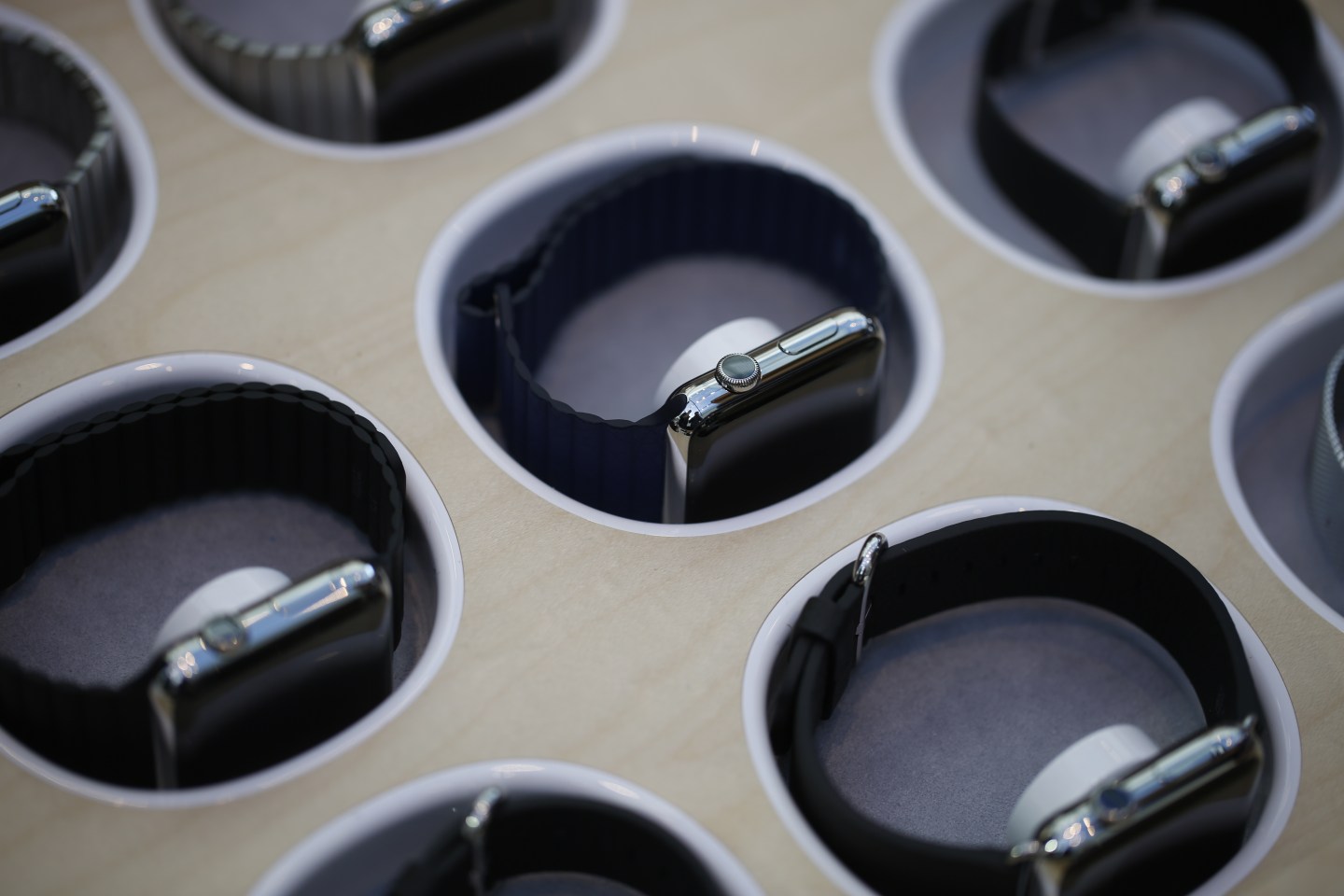 PALO ALTO, CA - APRIL 10: A selection of Apple Watches is seen in a specially made drawer at an Apple Store on April 10, 2015 in Palo Alto, California. The pre-orders of the highly-anticipated wearable from the tech giant begin today as the watches arrive at stores for customers to preview. (Photo by Stephen Lam/Getty Images)
Photograph by Stephen Lam — Getty Images

Thanks to Slice Intelligence (more on them below) we have a first estimate of how many Americans ordered Apple Watches Friday: 957,000 customers ordering an average of 1.3 Watches each, or a total of 1.2 million units.

I asked three analysts to extrapolate from that U.S. estimate to the rest of the world, and I got three different answers.

Where did Slice get its data? From consumers sufficiently enthusiastic about shopping to download Slice’s app and sign up for their free service. Here’s Slice’s pitch:

Slice keeps track of what you buy, effortlessly. The secret to the sauce is your email inbox. Just add the email account(s) where you send your merchant notifications, and we’ll do the work from there. Slice processes shopping-related emails (such as order confirmations, shipping notifications, and e-receipts from in-store purchases) to help you easily keep track of your stuff.

Today, according to Slice, their analytics engine has direct access to the electronic receipts of more than 2 million Americans. In their panel were 9,080 shoppers who ordered an Apple Watch on Friday. That’s where their estimate — 957,000 customers ordering 1.3 each — comes from.

Given Slice’s tilt toward heavy shoppers, their estimate could be high.