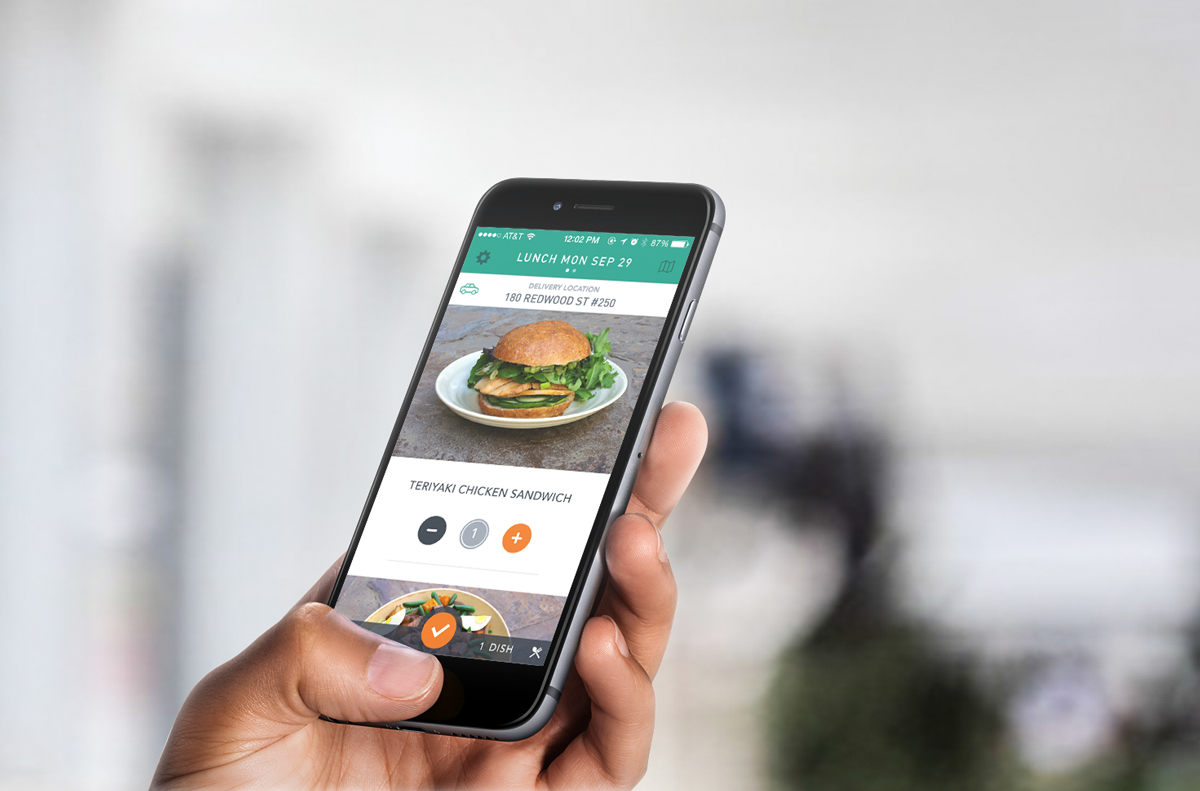 Meal delivery service Sprig has raised $45 million in its Series B round, led by Social+Capital Partnership and Greylock Partners. This brings the San Francisco-based startup’s total funding to $57 million.

As part of the round, Ted Maidenberg of Social Capital, as it’s known, will join the board of directors, which already includes Greylock’s Simon Rothman.

Sprig delivers ready-made meals from its two kitchens—one in San Francisco, the other in Palo Alto—to area users in 15 to 20 minutes. Diners can choose from three daily options at lunch and dinner, and brunch on the weekend. Customers can purchase dinner all-in for less than $15 on average. The company uses dynamic pricing, like Uber and Lyft, for delivery, with the average fee clocking in at around $2.75. (Sprig’s CEO and co-founder Gagan Biyani previously worked as interim head of growth at Lyft.)

Sprig sends out cars in advance of customers placing orders, which Biyani says makes Sprig much faster than traditional delivery. “We use data science to predict when orders are coming in,” he explains. Delivery vehicles have special equipment to keep meals hot or cold as needed. (A typical dish, as listed on Sprig’s website: free-range “Petaluma Farms chicken breast cooked in a zaatar spice tomato yogurt sauce. Served with a lemon-herb bulgur pilaf with toasted pine nuts and a cucumber-tomato salad. Tzatziki on the side.”)

With this latest round, Sprig plans to expand beyond San Francisco and Palo Alto, starting with the rest of the Bay Area followed by Chicago. The company has plans to go into several more cities later this year, and Biyani believes the system will work in every city in America, as well as the suburbs.

“We are turning delivery of food on its head,” Biyani says. “Convenience and quality have always been at odds in the food business. Our belief is that’s unnecessary.”

This round for Sprig is only the latest example of money pouring into a new generation of meal delivery businesses, which also includes Spoonrocket, Maple, and Munchery.

Sam Kass, former White House chef and executive director of Michelle Obama’s Let’s Move Initiative, who also invested in the round, said the industry is ripe for a shake up as food culture shifts toward healthier and more sustainable food. “Interestingly, and almost strangely, the food space has largely been left out of major innovations and technology on lots of levels from the field to the plate,” Kass tells Fortune. Kass says he plans to do more investing as a way of improving how people eat. “I think the private sector is going to be a major force of change in the next five to 10 years,” he adds.

Biyani believes the food sector is ready for change as Americans now spend more at restaurants and bars than at grocery stores and want to eat well but don’t have the time to do it. “Today’s food options are so optimized for cheap and convenient but not health,” he says. With Sprig, the goal was to “make it simple to eat well.” Every meal is focused on “clean cooking”— having as few additives as possible—and organically sourced.

Biyani says that Sprig has proved it can scale, delivering some 500,000 meals since its launch in November 2013. The typical customer orders one meal a week, with a large percentage that orders two to five times a week.