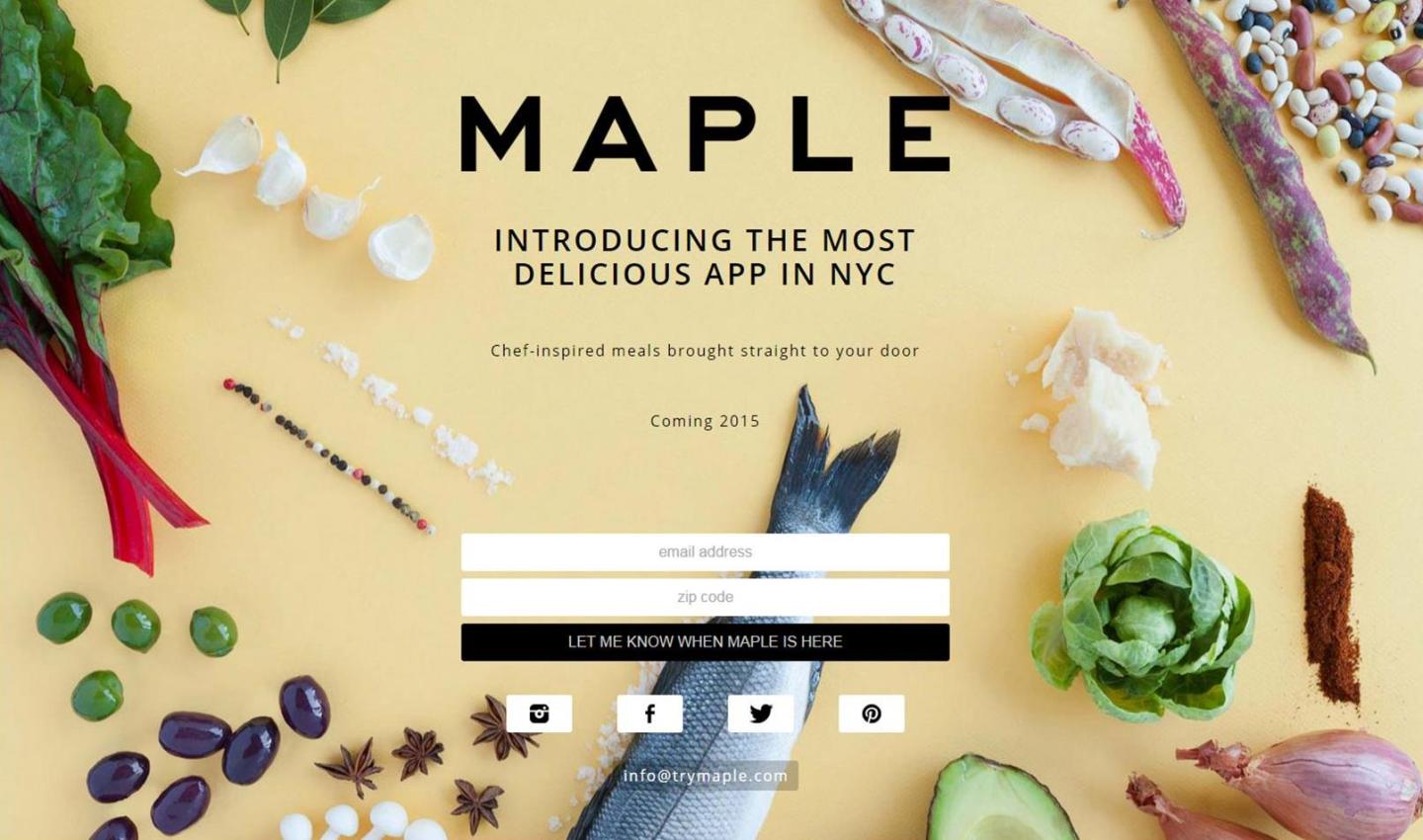 A startup called Maple, which hopes to reinvent the restaurant-delivery game by opening a delivery-only kitchen in New York City, is set to announce a $22 million Series A round this morning. Greenoaks Capital will lead the funding, with other investors including Thrive Capital, Primary Ventures, David Chang of the Momofuku empire, and Bonobos CEO and founder Andy Dunn.

Maple had previously raised a seed round of $4 million, led by Thrive. Chang, who is the company’s chief culinary officer, also contributed seed funding.

Maple is set to launch in New York in the next few months and will deliver ready-to-eat meals of restaurant quality in the $10 to $15 range.

Co-founders Caleb Merkl and Akshay Navle hatched the idea after realizing how inconsistent and disappointing it could be to order delivery from restaurants—everything from an overwhelming number of choices to poorly packaged food that arrived cold.

“Part of it was seeing how version 2.0 of service companies had developed across a bunch of industries and then having this pain point around food,” Merkl says. “Delivering food out of a kitchen is different from delivering food across town.” That means, for example, rethinking what sorts of dishes and packaging will best survive transportation.

Rather than focus on just one part of the process, as, say, Seamless does with online ordering, Maple will be designed to control the entire chain from end to end, from ordering to food preparation to delivery. “We thought the unique value proposition here is to build a business entirely around delivery and own every step of that process,” he says. “That’s where we’ve seen the system break down.”

The Series A round will be used to hire staff, and build out its infrastructure, marketing, and product development.