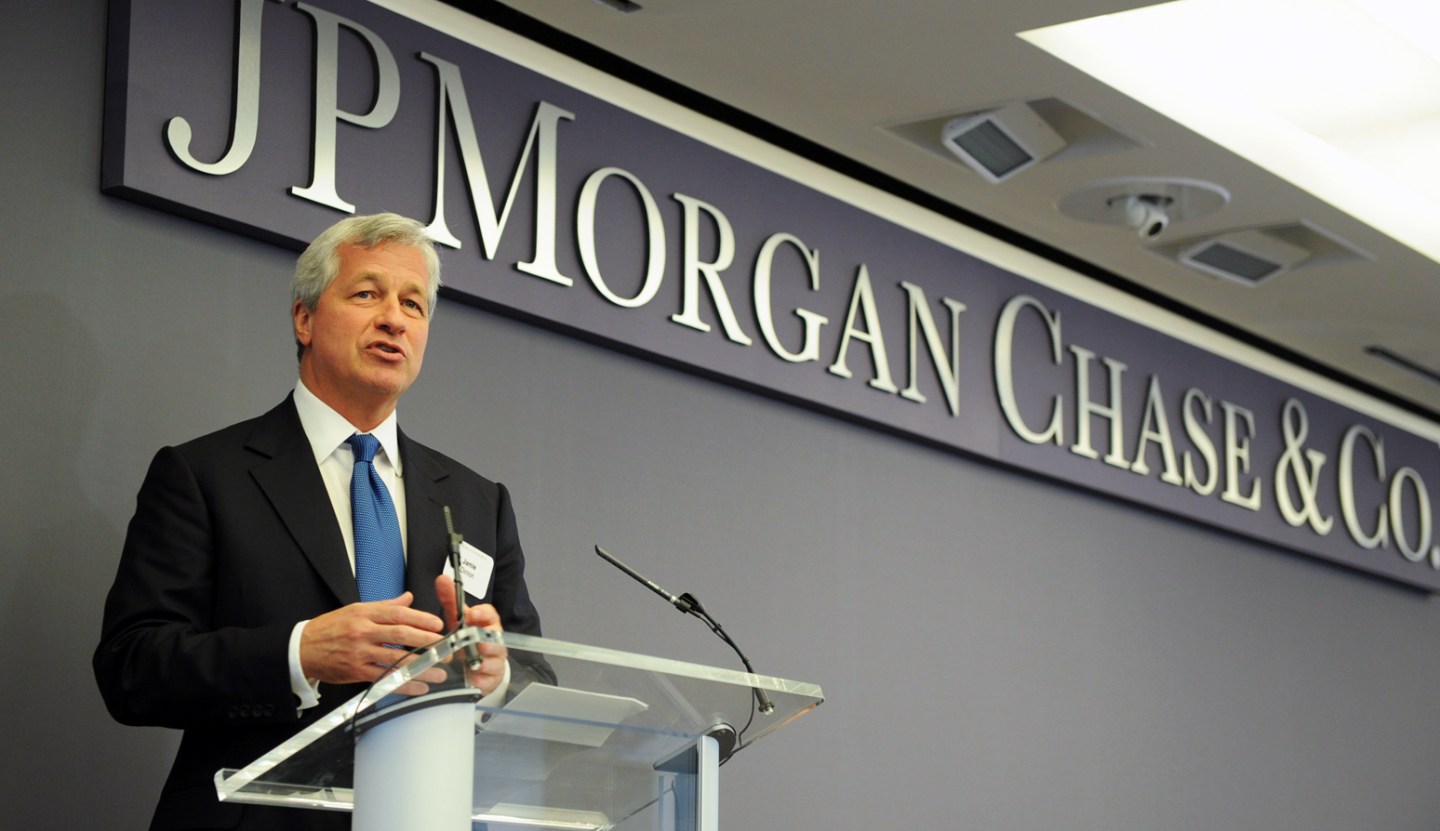 If regulations are holding back the big banks, JPMorgan Chase isn’t showing signs of it.

The biggest bank in the nation by assets reported on Tuesday that it earned $5.9 billion in the first quarter of 2015, up nearly $645 million from the same period a year ago, and up nearly a billion from the prior three months. On a per share basis, JPMorgan’s profit was $1.45 a share — four cents better than Wall Street analysts had predicted.

What you need to know: Last week, Jamie Dimon wrote in his annual letter to shareholders that increased regulation could brew the next banking crisis. JPMorgan (JPM), though, seems to be doing just fine. Revenue and earnings were up in all of the bank’s major businesses in the first quarter. The biggest jump came in investment banking, a business that JPMorgan has recently said is important to its overall business, but one that has been a laggard of late.

“We have an outstanding franchise that is getting safer and stronger over time,” CEO Jamie Dimon said in a statement.

Revenue from trading rose 7% to $6.5 billion, but the bank said that revenue was held back by the fact that it has been cutting back in that area — what it calls “business simplification.” Without that change, revenue in its markets business would have been up 20% for the quarter, the bank said.

Despite the good earnings, JPMorgan, like other banks, is feeling a drag from low interest rates. The bank said that interest income in its giant consumer Chase Bank fell $132 million from a year ago. But the bank said that that drop was offset by an increase in lending. The bank also put aside slightly more money in the quarter for potential credit losses.

The big number: It’s not only that profits were up last quarter; a key measure of profitability was up as well. JPMorgan’s total return on equity rose to 14%, up from 11% for all of last year. Return on equity (ROE) is a closely watched number on Wall Street, and it has plunged since the financial crisis, and stayed down longer than many had expected. The low ROEs are causing some analysts to question whether being a giant bank, with all the increased regulation, makes sense. Some analysts have called for a break up, but Dimon has defended his bank’s size. The fact that JPMorgan’s ROE is rebounding will bolster Dimon’s argument.

What you may have missed: Despite the good news, there was at least one sour note for the bank in its quarterly earnings: The results included a $487 million charge for legal expenses. That means the bank’s earnings would have been even better had it not had to deal with investigations from regulators, or lawsuits. But it also shows that the legal woes of JPMorgan, and indeed Wall Street, continue.
[fortune-brightcove videoid=4082776937001]