How investors can win in a volatile market 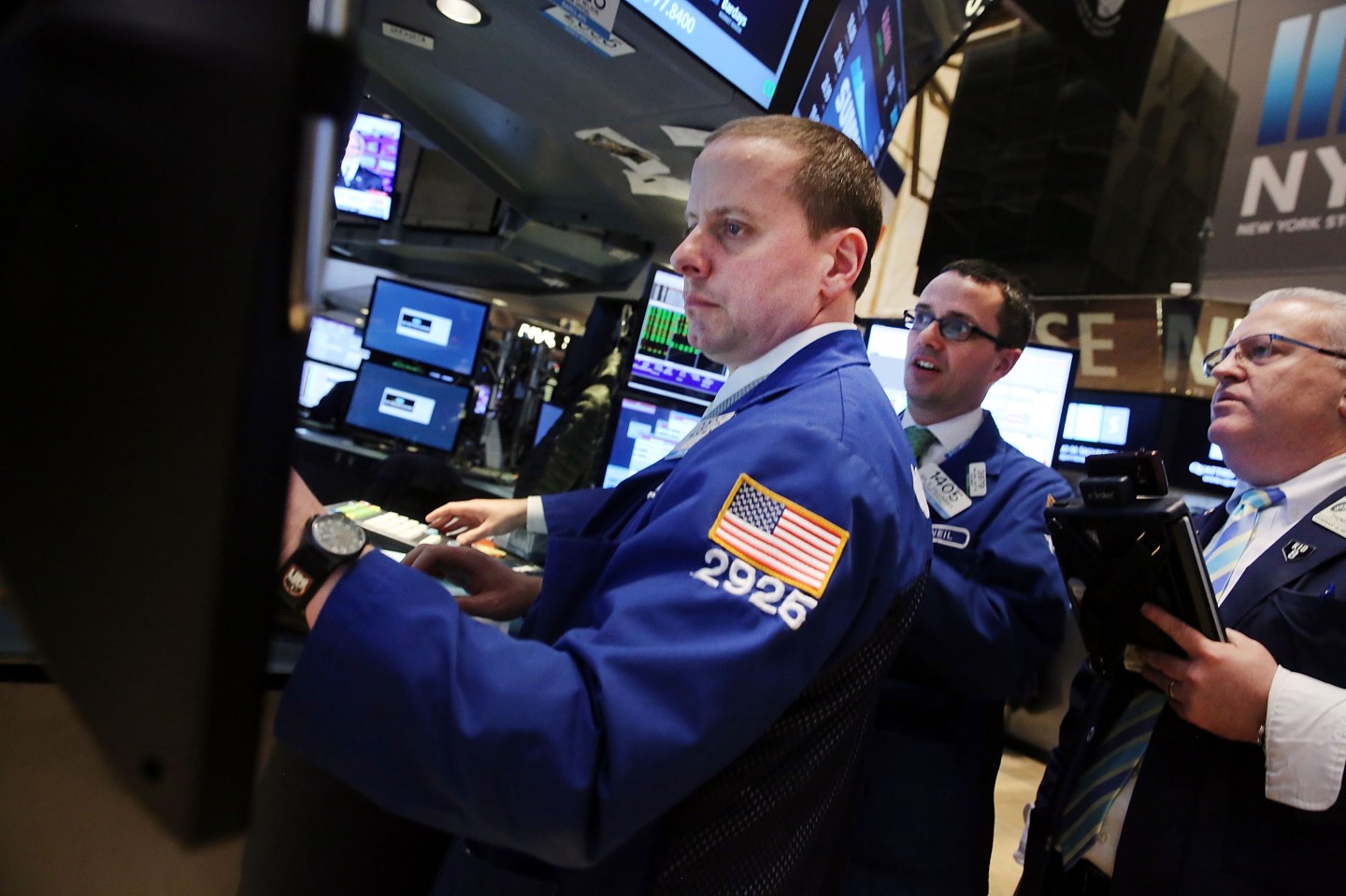 The markets are up. Then down. Then up big. Then down bigger. The day-to-day roller coaster notwithstanding, it’s been a good 12-month stint for investors as the Dow flirts with (and retreats from) 18,000 and the Nasdaq does the same with 5000. One of the side effects of so many positive headlines is that you start to feel like a brilliant investor. And brilliant investors get, well, complacent.

Case in point: The Wells Fargo/Gallup Investor and Retirement Optimism Index. Its latest measure (released March 5) found a big leap in optimism pretty much across the board: 58% of investors said this is a good time to invest in the market (a change from 2011 and 2012 when the majority of investors said otherwise); and 76% of non-retired investors are confident they will have enough savings for retirement when they choose to slow down (cue eyebrow raise). The last time the Index recorded such across the board confidence? You guessed it: 2007.

As the experience of going through the roller-coaster ride that followed the market downturn in the subsequent years taught us (assuming we didn’t learn the lesson in 1987 or 2000), pulling your money out of the markets was not the right move. Many investors who did so missed the ride back up. Some are still sitting in cash.

Instead, consider this a nudge to re-balance your portfolio or fix your mix. That, data from Aon Hewitt shows, is something many investors aren’t doing often enough. “Every day, we track the investment behavior of about 1.3 million participants with roughly $160 billion in assets in what we call the Aon Hewitt 401(k) Index,” explains Rob Austin, Director of Retirement Research for the firm. “Last year was one of the lightest trading years we had seen on record despite record-setting numbers on Wall Street.”

Moreover, Austin notes that when participants actually did trade, there was only a “slight” preference to move money out of equity funds and into fixed income. “Given that, in general, equities outperformed fixed income, we would have seen a much larger movement if people were truly rebalancing their portfolios to pre-set targets.”

It’s something worth considering. Jack VanDerhei, Research Director for the Employee Benefits Research Institute, took a look at the mix of assets in 24 million retirement plan accounts prior to the crash in 2008. He found that about 22% of 55 to 64-year-olds had more than 90% of their assets in stocks. Almost twice as many had more than 70% of their assets in stocks. When the market tumbled in 2008, had these investors been in target date funds (which would have brought them to a similar position that rebalancing would) they still would have lost money, says VanDerhei, but they would have lost considerably less.

Arielle O’Shea contributed to this report.

Correction: An earlier version of this article misstated the dollar amount in assets tracked by the Aon Hewitt 401(k) Index. The index follows the investment behavior of about 1.3 million participants with roughly $160 billion in assets, not $160 million as previously reported. The article has been updated with the correction.