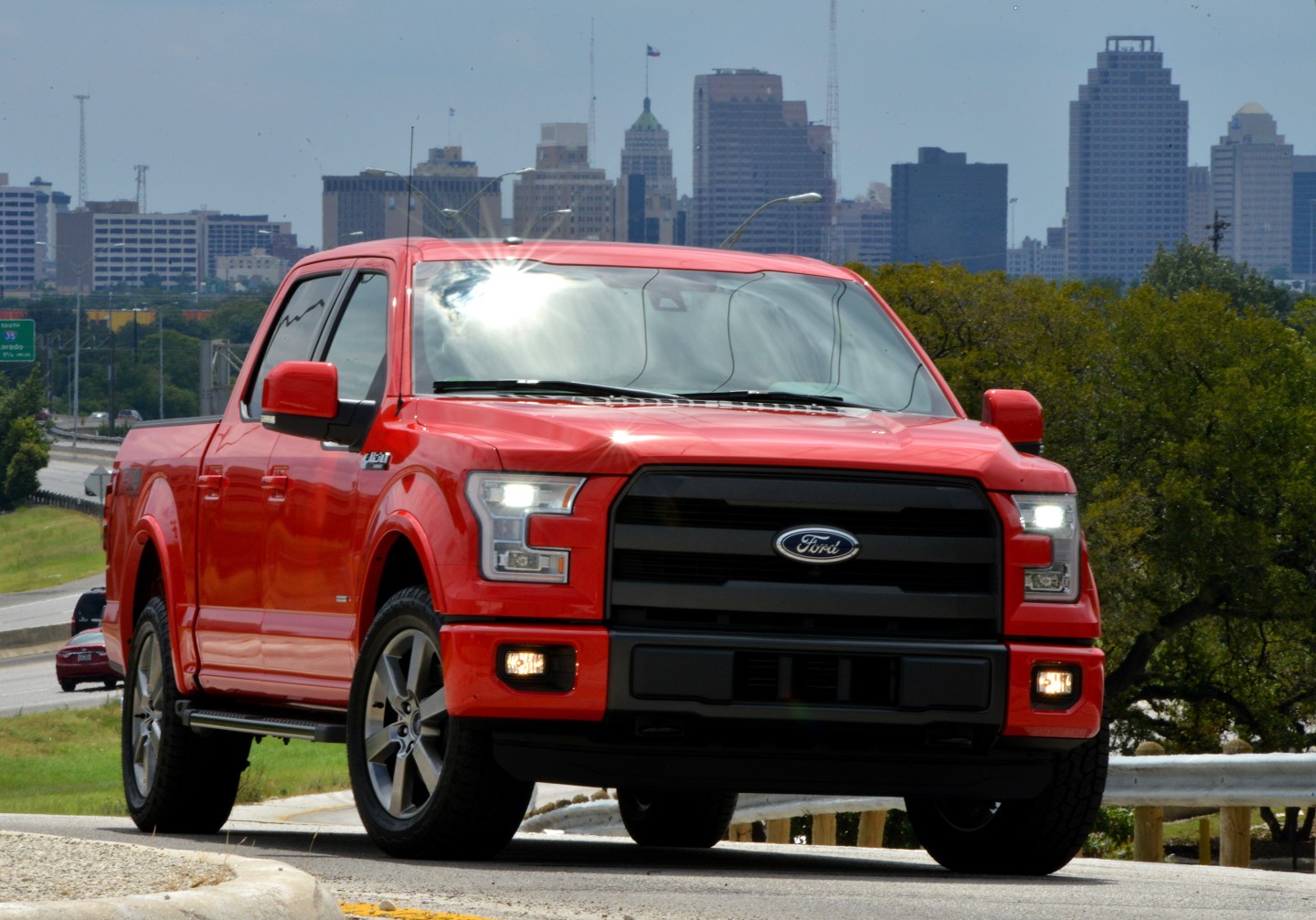 Consumers wanting to drive the future of trucks can get behind the wheel of the 2015 Ford F-150 – the toughest, smartest, most capable F-150 ever – in 38 markets across the United States beginning Oct. 13.
Photo courtesy of Ford

Ford (F) executives will swear they were highly confident all along that shoppers — especially loyal owners of Ford F Series pickups — would rush to buy the automaker’s new aluminum-body truck.

Now that their confidence has been rewarded, Ford is breathing a joyful sigh of relief.

New-model introductions are never a sure thing — even slam-dunks occasionally carom off the rim. However, signs increasingly are positive that the latest generation of Ford’s single most important vehicle model, the F-150 pickup truck, is being snapped up almost as fast as it arrives at dealerships.

Some analysts had warned that an aluminum-body truck poses a big risk for Ford because no automaker has ever mass-manufactured so many vehicles made from the metal at such a high rate of production, and because dealers weren’t as familiar with repairing aluminum. Ford switched from steel to aluminum to profit from the metal’s lightness and durability. Removing 700 pounds of weight from a full-size truck allows Ford to claim the best fuel efficiency in the category.

Ford’s two plants can build in the neighborhood of 700,000 pickups annually, contributing $3.5 billion or more to the automaker’s pre-tax profit. Last year, the company made $6.4 billion in pre-tax profit worldwide. But the cost of changeover in the U.S., from a steel-bodied truck to the new aluminum pickup, lost production time, depressed earnings.

“We’re getting tremendously positive feedback from our dealers,” said Doug Scott, Ford’s group marketing manager for trucks. Quantitative metrics, such as the number of days it takes to turn truck inventory, also confirms a big surge in retail customers. Many, if not most, buyers are Ford loyalists who have been waiting for the new F Series for a year or more. The automaker says about 13 million F Series pickups are registered in the U.S., and their owners are more likely than any others to choose the same vehicle when next in the market.
[fortune-brightcove videoid=3449963224001]

“Right now, we’re living off pent-up demand,” Scott said. By mid-summer, when peak production is reached and rush of loyalists fades, Ford can gauge better how market conditions such as housing starts and gasoline prices are affecting sales.

Scott said a high proportion of initial F Series buyers are choosing premium versions of the pickup — Lariat, Platinum and King Ranch models that can sell for $50,000, or more. These pickups are outfitted with leather upholstery, features such as navigation, and safety accessories such as lane-departure warning, making them super-profitable.

“The mix is about 30% premium trucks,” Scott said, citing the typical proportion. But the mix has been at about 70 % during the launch. “The revenue we’re realizing is above our plan.” Just how far above plan may become clear when Ford posts first-quarter financial results in April.

If Ford’s gamble pays off — and it appears it will — General Motors (GM) must decide if intends to switch to aluminum as well.

So far, GM has touted the advantages of lightweight steel alloys, but the No. 1 U.S. automaker may be forced to follow Ford’s lead if the new F Series lures pickup truck shoppers from Chevrolet and GMC.