This classic toy from your childhood is suddenly popular again 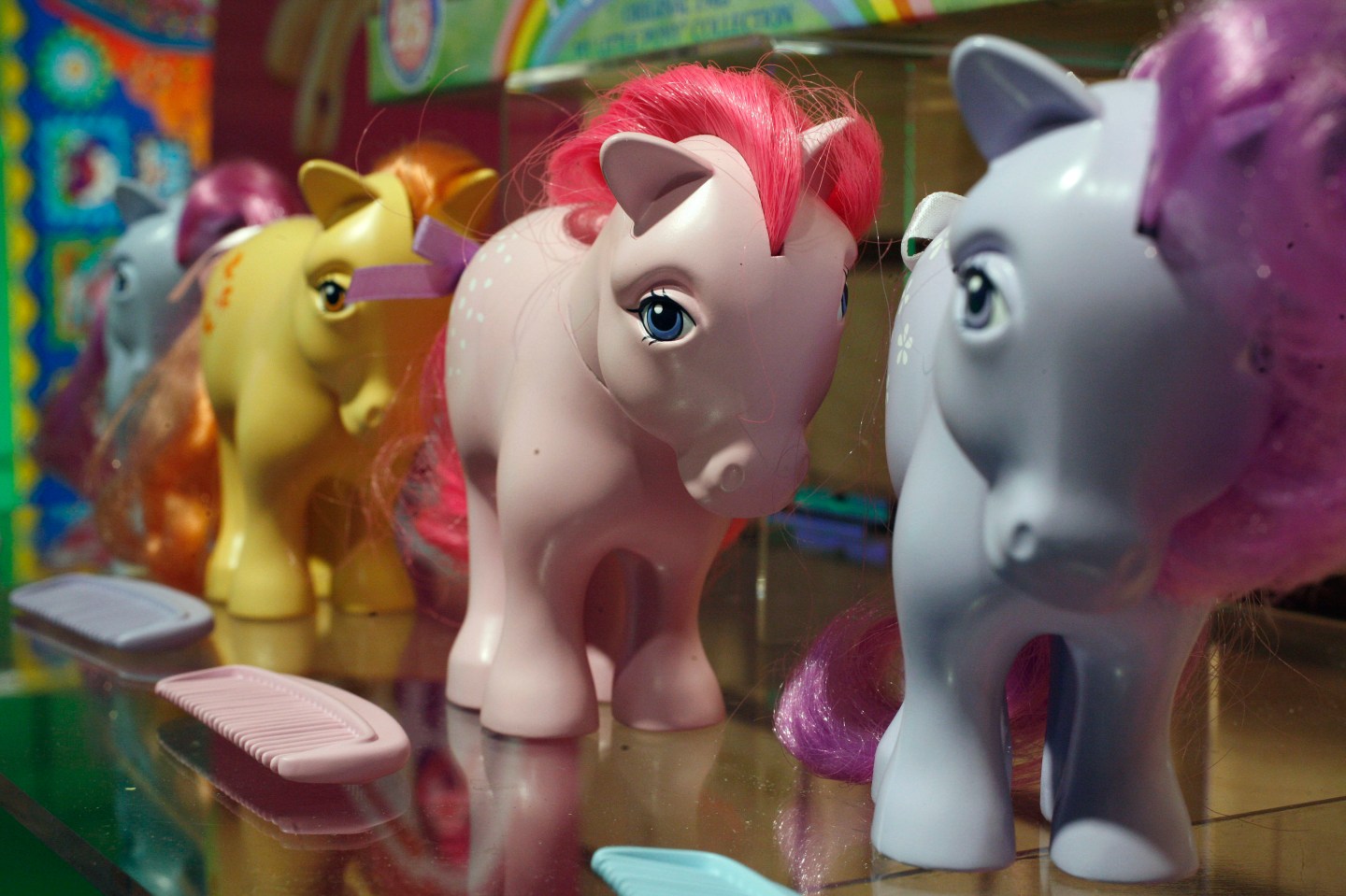 In the age of iPads and remote-controlled drones, an old-school toy has become a huge hit with kids once again.

Children and young teenagers are clamoring for pony-themed toys following a spike in interest in the Hasbro franchise My Little Pony, the Wall Street Journal reports. My Little Pony-themed toys and accessories alone bring in $650 million in retail sales annually, Hasbro said last month. The brand is generally aimed at young girls.

What explains the resurgence? My Little Pony was a popular television series in the 1980s, meaning lots of today’s new parents are already familiar with the brand, potentially making them more likely to buy Pony gear for their kids. Today’s children, meanwhile, are gaining new exposure to the brand thanks to a rebooted TV show that started airing in 2010 (the show also has a cadre of adult fans).

Hasbro made $4.28 billion in revenue in 2014, up 5% from the previous year. In a February release, the company credited My Little Pony product sales with helping to boost sales of girls’ toys 2%, hitting $1.02 billion.