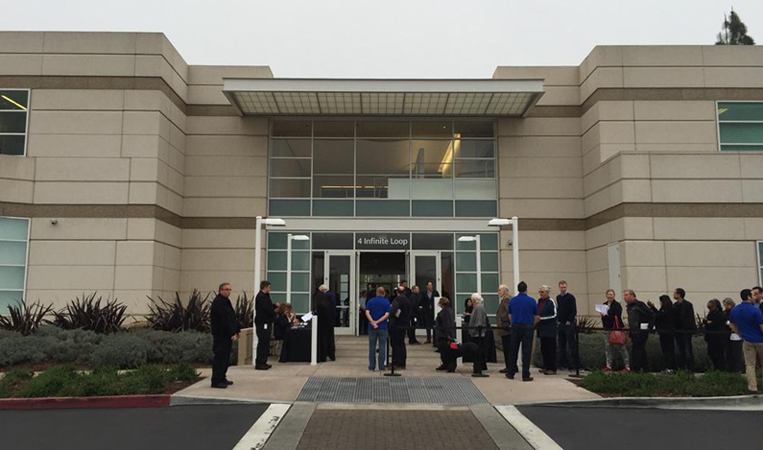 A few hundred investors with a lot to celebrate showed up at 4 Infinite Loop Tuesday for a Tim Cook love fest. We watched it from the press room, where computers and cameras were not permitted, but iPhones were.

Here’s what we tweeted: