Caterpillar digs in to data analytics—investing in hot startup Uptake 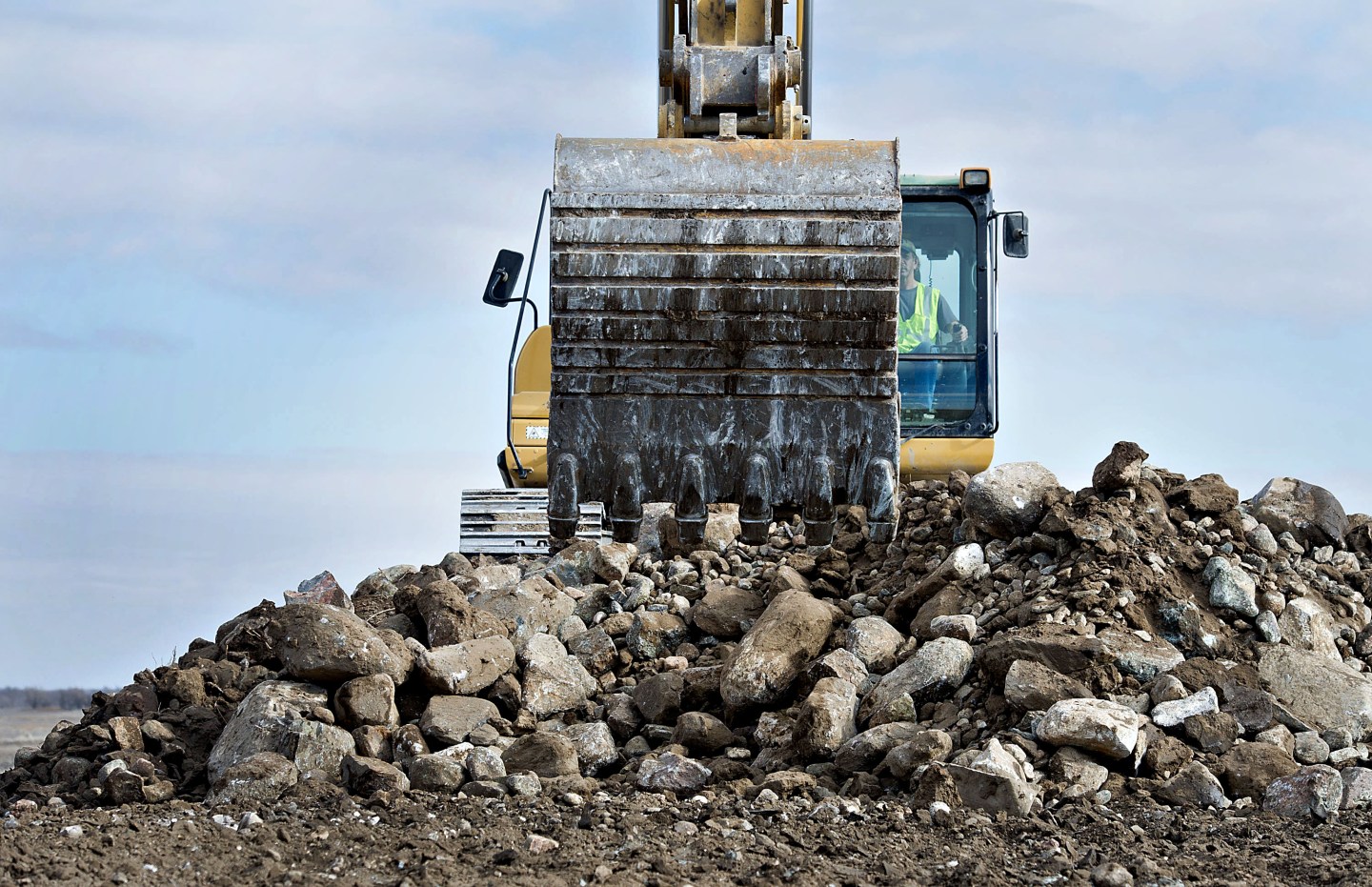 General Electric isn’t the only industrial giant attempting to jumpstart its business with data and software services. On Thursday morning Caterpillar announced it has made a minority investment in Uptake, a Chicago-based data analytics platform co-founded by long-time entrepreneur Brad Keywell, who is profiled in the current issue of Fortune.

As part of the agreement, Caterpillar and Uptake will co-develop “predictive diagnostics” tools for the larger company’s customers. (Uptake says it is also working with other players in insurance, automotive and healthcare, though it won’t disclose other names.) The idea? To take the mountains of data spewing from bulldozers and hydraulic shovels and turn it into meaningful information that can help Caterpillar’s customers catch potential maintenance issues before breakdowns occur, minimizing downtime.

“We had some experience in this [data analytics] because of our our autonomous mining equipment,” Doug Oberhelman, Caterpillar’s CEO, said in an interview with Fortune last month. “But we were really looking for somebody to help us jumpstart this. And that’s where the lightbulb went on between Brad and I.”

Oberhelman’s company, based in Peoria, Ill., is a 90-year-old manufacturer whose performance is often seen as a gauge of the health of the global economy. Uptake, meanwhile, is the brainchild of Keywell, a serial entrepreneur best known for co-founding daily-deal site Groupon. But the two CEOs bonded at a Chicago-area breakfast hosted by—of all people—British prime minister David Cameron.

“This is an early example of something that will become commonplace at some point—entrepreneurs trying to disrupt within an industry rather than disrupt an industry from the outside,” Keywell told Fortune.

Of course, disrupting GE’s $1 billion head start in data analytics (which includes a massive software center the company has built in the Bay Area) won’t be easy. CEO Jeff Immelt has made it clear that the so-called “industrial Internet” will bring about the next wave of (much-needed) growth for his company, and the company has been hard at work developing applications based on its Predix platform and lining up customers like United Airlines and BP.

Uptake, located in the former Montgomery Ward building in Chicago (where many of Keywell’s other startups are also headquartered) has about 100 employees, including a handful of data scientists from nearby universities. It is a speck compared to GE, the 27th largest company in the world. But it’s ability to snag Caterpillar as both an investor and a customer won’t go unnoticed: Not everyone, especially competitors, will want to buy software from GE.

Caterpillar isn’t disclosing how much money it is putting into Uptake, but the two companies have already been working closely for several months (Keywell’s venture capital fund, Lightbank, has also invested in the startup). The ROI for Caterpillar could be far-reaching. While it takes three to five years to design and build a new bulldozer, Uptake’s product development is measured in days and weeks. In an industry that will increasingly have to rely on software services for growth, incorporating some of the startup world’s DNA—speed and agility—is a smart bet for Caterpillar.