How GE generates $1 billion from data 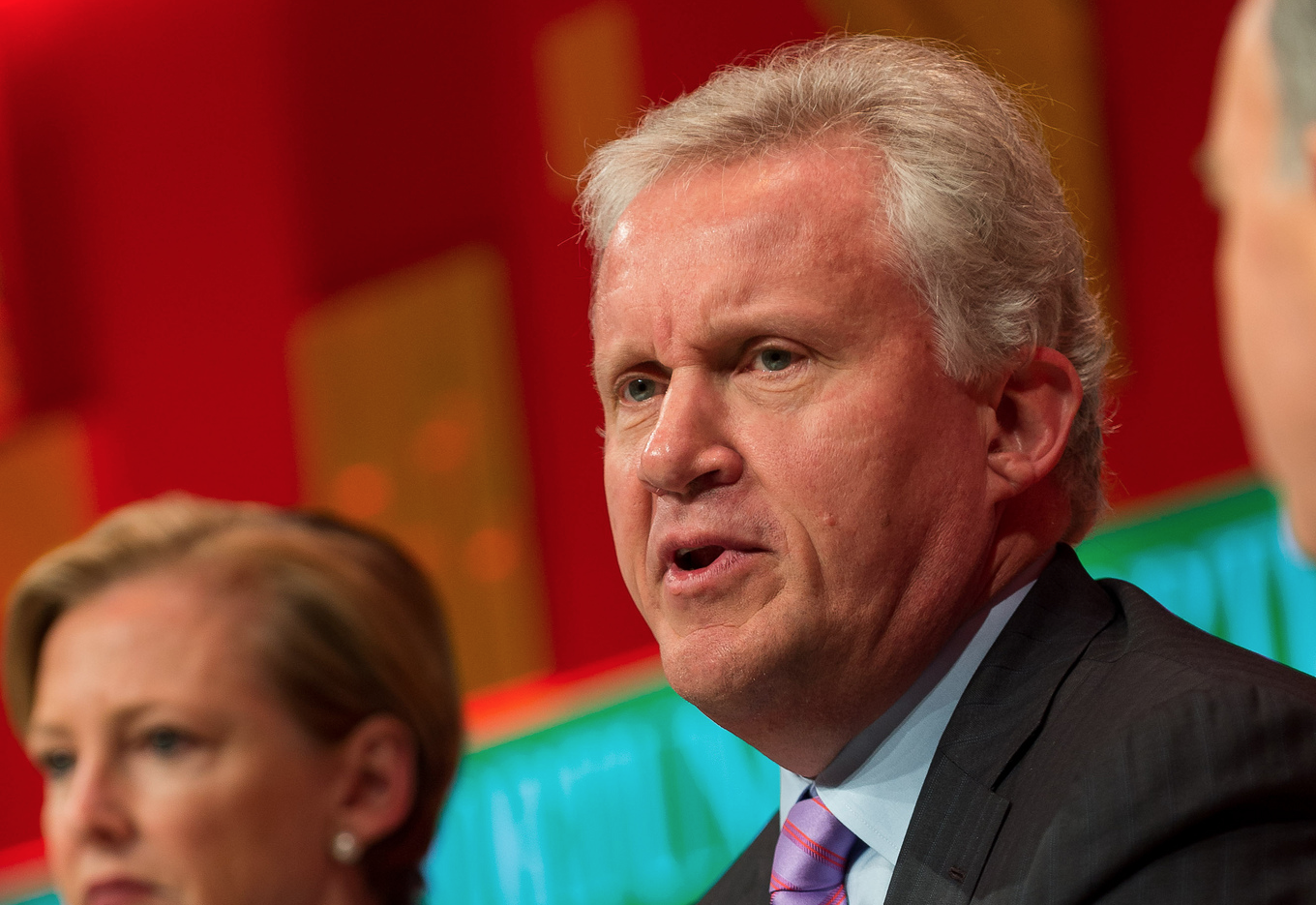 The square, squat robot scuttles across the stage on command, pausing next to a massive model depicting a locomotive engine.

Its sensors probe the surroundings, collecting and analyzing temperatures. Detecting an unusually high reading, it calls for help from a field service agent. When his human colleague arrives, the robot sends its report to his smart eyeglasses, offering step-by-step repair instructions it downloaded from a cloud database.

The demonstration scenario shared during a New York briefing suggests a future in which robots handle dull, dirty and dangerous work across a range of health care, manufacturing and field service applications while humans handle duties requiring more advanced cognitive and fine-motor skills.

For GE (GE), this is the next phase of the “Industrial Internet,” its in-house phrase for what others call the Internet of things—the ever-growing collection of connected devices “talking” to businesses with valuable data.

This phenomenon is worth an estimated $1 billion in incremental revenue for the company this year alone, mostly in the form of advanced asset performance management services, according to GE’s top executive. (GE’s services group generates $45 billion annually.) Last year, the strategy inspired GE’s $105 million investment in Pivotal, a data analytics company spun out from EMC.

“If you went to bed last night as an industrial company, you’re going to wake up this morning as a software and analytics company,” GE Chairman and CEO Jeff Immelt told 100s of customers and analysts attending the third “Minds + Machines” summit. “This change is happening in front of us. GE wants to be your partner.”

Kate Johnson, vice president and commercial officer for sales and marketing at GE, offers the example of an offshore oil rig operator that recently averted a potential failure after detecting changes in production performance data. The savings: $7.5 million in lost production by replacing the part proactively.

Elsewhere, wind farm operator E.ON generates 4% more power from turbines it manages in collaboration with GE; and AirAsia Group stands to save up to $10 million in fuel costs this year by using Predix to reroute flight paths and optimize air traffic flow, based (among other things) on the performance data it collects about GE jet engines. “This data has been available for safety applications, now these livestreams could be used for flight planning,” said Rajesh Gill, group chief pilot technical and efficiency, AirAsia.

By the end of 2014, there will be more than 40 applications and services based on GE’s platform but the company hopes to spur many others by making Predix available to businesses interested in developing industry-specific solutions.

What’s more GE is working with Cisco Systems and Intel to make sure support for its technology is included in future routers and other connected devices. To address security concerns, GE’s Wurldtech division is testing a firewall designed for the unique protection considerations of sensors, substations, trains and other industrial equipment.

With more than 50 billion connected machines predicted by 2020, the biggest challenge to GE’s industrial Internet strategy isn’t the technology it’s the processes reengineering that must take place not just to make sense of data but to take meaningful action on it, noted several GE customers during the briefing. “Remember the human interface. All this means nothing if you don’t have someone extracting this data to make it reality,” AirAsia’s Gill said.

This item first appeared in the Oct. 10 edition of Data Sheet, Fortune’s daily newsletter on the business of technology. Sign up here.