Want to go big with the Internet of things? Think ‘some’ not all 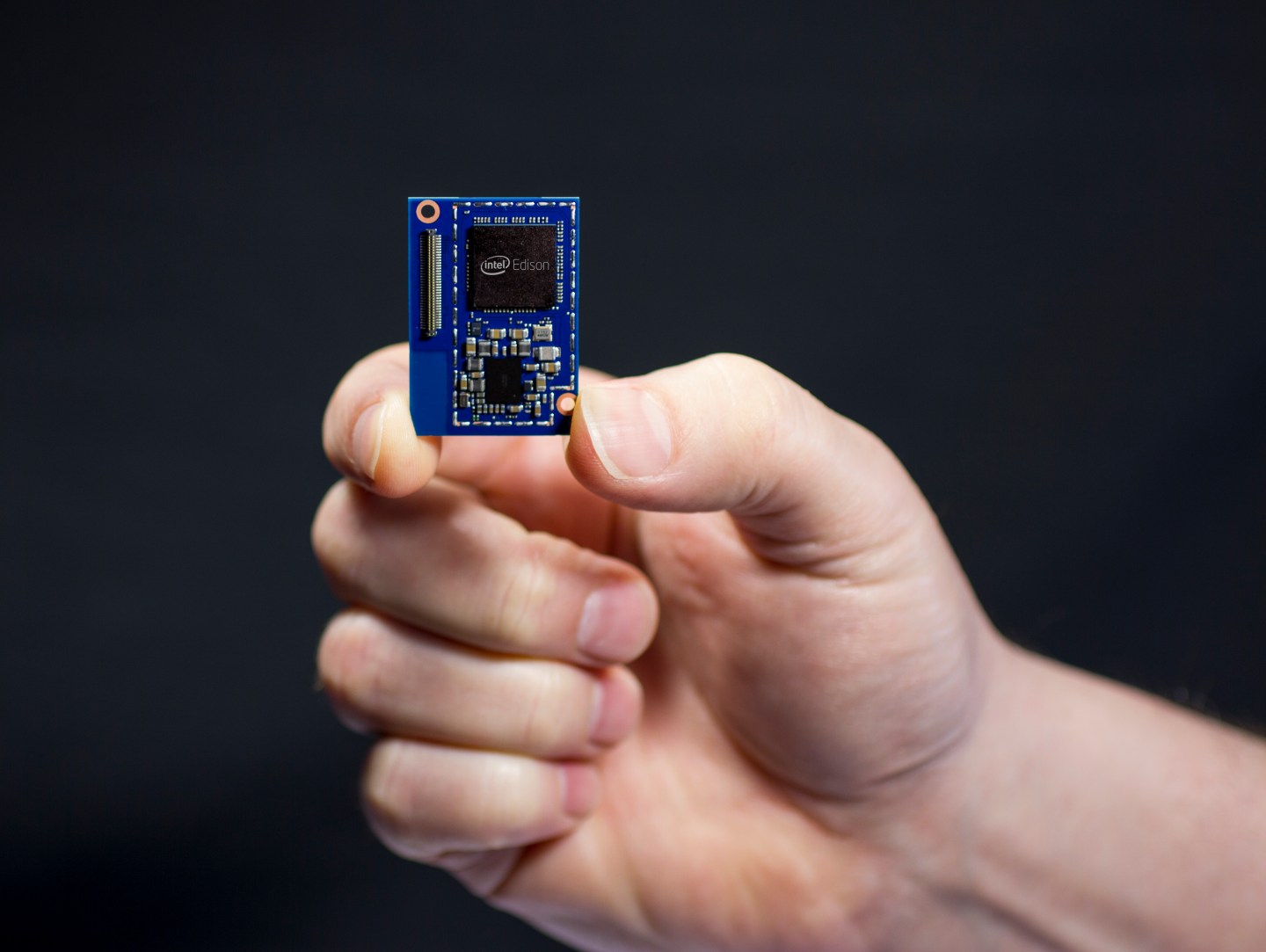 Intel's new Edison development platform, one key to the company's bid to dominate the Internet of Things.
Courtesy: Intel

Nothing about the Internet of things is small except, perhaps, the sorts of things being connected.

Close to 25 billion sensors could be sharing data wirelessly by 2020, attached to everything from LED lights to cars to industrial equipment to doorbells. That’s five times what’s connected right now. (There are lots of “things” that aren’t connected, but that’s another story.) Naturally, Intel is at the center of the movement: technology related to machine-to-machine communications represented the chipmaker’s fastest growing revenue line in 2014.

It’s tempting to dream about the consumer implications, but some of the most practical (and valuable) use cases will come from manufacturers, transportation companies and utilities using these devices to improve business processes. Collectively, these industries could be using 736 million connected devices by the end of this year. Projected services revenue related to them: $69.5 billion.

Many (most) companies already collect reams of data related to everything from smart manufacturing equipment to trucking and train fleets to jet engines. Very few do anything meaningful with that information, and that’s what’s exciting. “The point is we’re trying to switch from worrying about the objects themselves to focusing on outcomes,” said Bill Briggs, CTO for Deloitte Consulting.

What Briggs likes to call “ambient computing” is one of several disruptive trends that the consulting firm sees driving corporate technology investments this year. According to his team’s report, “the goal should not be the Internet of Everything; it should be the network of some things, deliberately chosen and purposely deployed.”

Briggs adds: “It’s not the billions of sensors you should worry about, it’s the handful of things that matter, and what you can do with them.”

General Electric’s “industrial Internet” strategy is a vivid example of that less-is-more philosophy. By harnessing performance metrics it already collects about jet engines or locomotives, the company is already generating at least $1 billion in new revenue related to predictive maintenance services. Cisco is likewise developing entirely new analytics services, based on the information it collects from network-attached devices such as point-of-sale systems or cameras.

Another example Deloitte’s team cites is Bosch Group, which makes everything from power tools to automotive parts to solar inverters. Almost all of these products now include embedded intelligence that can be used for telematics, safety applications, and a range of other services. “Many business ideas and models that were considered prohibitively expensive or realistic are viable now thanks to advances in the [Internet of things],” one of the company’s chief technology officers told Deloitte.

Aside from predictive maintenance services, Internet of some things scenarios already driving real revenue for businesses include fleet management (the focus of the ambitious Orion delivery route optimization system developed by UPS) and asset- sharing strategies (such as the medical equipment rental system for hospitals touted by Cohealo).

Which opportunities are right for your organization? Briggs offers this advice for answering that question:

Prioritize what matters. Focus only on metrics aligned with specific business outcomes, such as improved customer service, faster inventory turns, or improved safety.

Call on creative thinkers, not just technology experts. What workflows might be affected? Could sensor data drive entirely new revenue? How much “rewiring” of employee behavior will this require? It’ll take industry knowledge to answer those questions.

Consider security from day one. It goes without saying that an Internet of things solution carries serious implications for both physical security (can someone tamper with a sensor in the field to corrupt or interrupt data?) and cybersecurity (what safeguards will be used to safeguard and archive information over time.) “What you choose to enable has to be managed according to acceptable risk,” Briggs said.