The shortest distance between two points? At UPS, it’s complicated 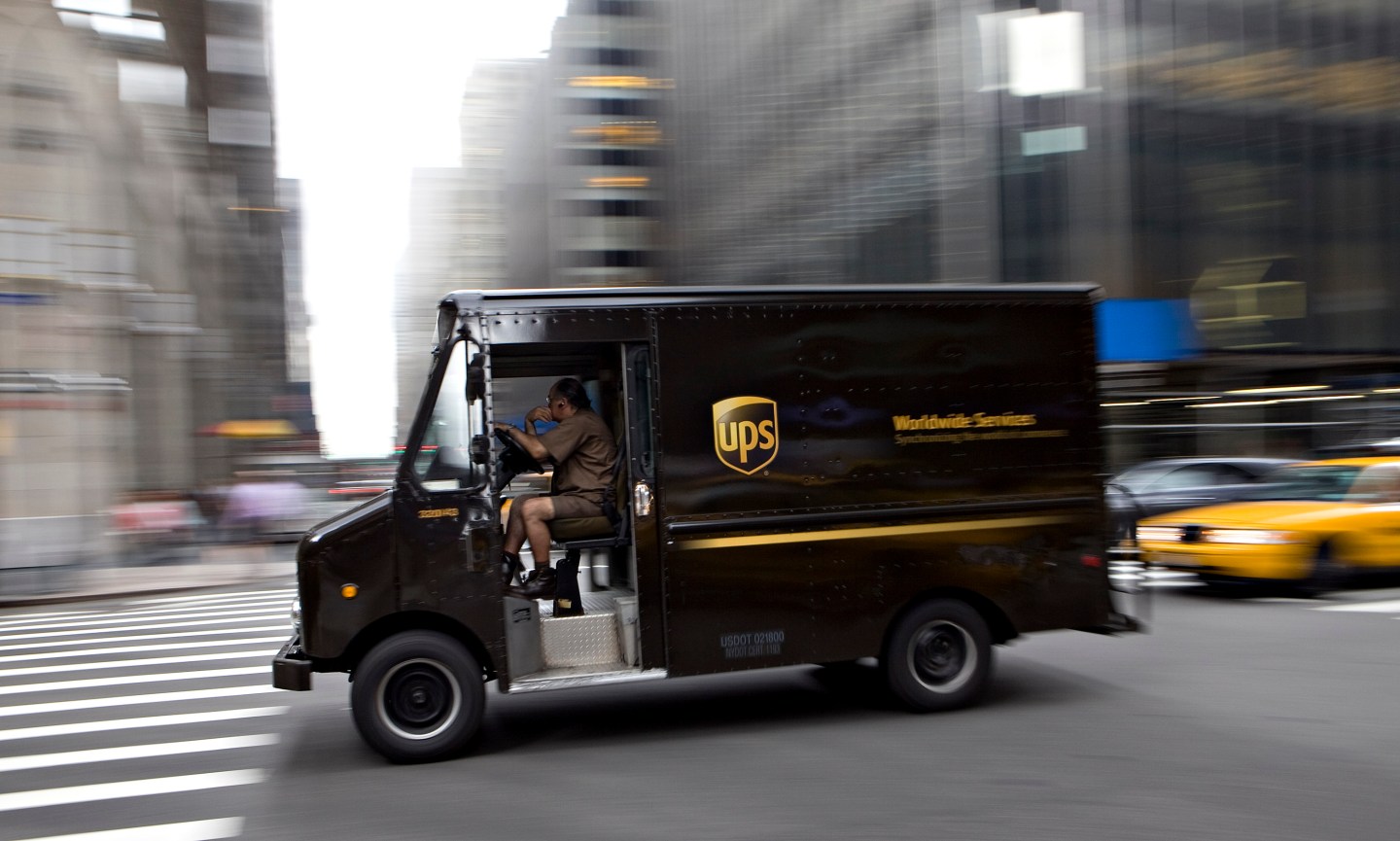 The number of possible routes that a UPS driver could take on any given day is enormous.

Strike that—the number of possible routes that a UPS driver could take on any given day defies comprehension. That’s not an exaggeration.

A driver for the delivery company typically makes between 120 and 175 “drops” per day. Between any two of those, there are a number of available paths to take. It is, of course, in the best interest of the driver and UPS to find the most efficient route. And that is where things get complicated.

According to UPS, the number to describe the complete set of possibilities in the scenario outlined above, as calculated using combinatorial mathematics, would have 199 digits. The number of possible options would exceed the number of nanoseconds that the Earth has existed.

“It’s huge—unimaginably large,” said Jack Levis, the company’s senior director of process management. “This is as high as you can get in analytics.”

For UPS, it was nothing if not a daunting optimization challenge. But the motivation was powerful: a reduction of just one mile a day per driver would save the company as much as $50 million.

The Atlanta-based company’s answer? A system called Orion, short for On-Road Integrated Optimization and Navigation, named after the hunter in Greek mythology, and a big data analytics effort if there ever was one. Orion—whose algorithm was developed in the early 2000s and piloted through 2009—uses 1,000 pages of code to analyze 200,000 possibilities for each route in real time to deliver the optimal route in about three seconds’ time.

“At first, the mathematicians thought it was going to take about 15 minutes to run,” Levis said. “They were pleased.”

UPS is working to deploy the system to all of its 55,000 North American delivery routes. By the end of 2013—after being applied to just 10,000 routes so far—Orion had already saved 1.5 million gallons of fuel and 14,000 metric tonnes of CO2 emissions. The company expects to complete the rollout by 2017.

There are two “rather inconspicuous” industries that are being disrupted by big data, according to Svetlana Sicular: transportation—which includes a logistics company like UPS—and agriculture.

Sicular, a Gartner analyst, believes that disruption is happening on a broad scale. Consider the commercial shipping industry: the Australian Maritime Safety Authority provides information about port activity in real time so that ships can vary their speed to save fuel and minimize port fees, Sicular said. The authority also uses geofencing—dynamic, location-based digital zones—to trigger and automate those fees, “and this is all transparent through open data,” she said.

It’s not just big data technologies that are causing this transformation, Sicular said. The convergence of mobile devices and cloud computing also play a major role.

“Mobility is important in collecting information and providing live connection to the drivers,” she explained. “Mobility is not just about mobile devices but also about sensors in trucks, planes and ships.”

Feeling pressure to make its operations more efficient, UPS introduced handheld devices for its drivers in the 1990s. “We had to create smartphones and communications online before they existed,” Levis said. In 2008, the company installed GPS tracking equipment on its delivery trucks. Orion is layered on top of this foundation.

Though there’s no easy replacement for a continent-spanning fleet of vehicles—until Amazon’s delivery drones materialize, anyway—the rise of cloud computing has made it easier for startup companies to access the sophisticated technology that only the largest enterprises previously enjoyed. It behooves UPS to stay ahead.

“To me, that’s the future of analytics and big data—not just telling you what has happened, but telling you what should happen and how to correct it in real time,” Levis said. “If a system is so smart that it predicts you’ll have a problem and solves it before it happens, it’s like Sherlock Holmes. It looks clairvoyant, but it’s not.

“It will take a while. But that’s the vision.”

Correction, July 25, 2014: An earlier version of this article misstated the fuel savings of the Orion system. It is 1.5 million gallons, not 1.5.