Cropping up on every farm: Big data technology 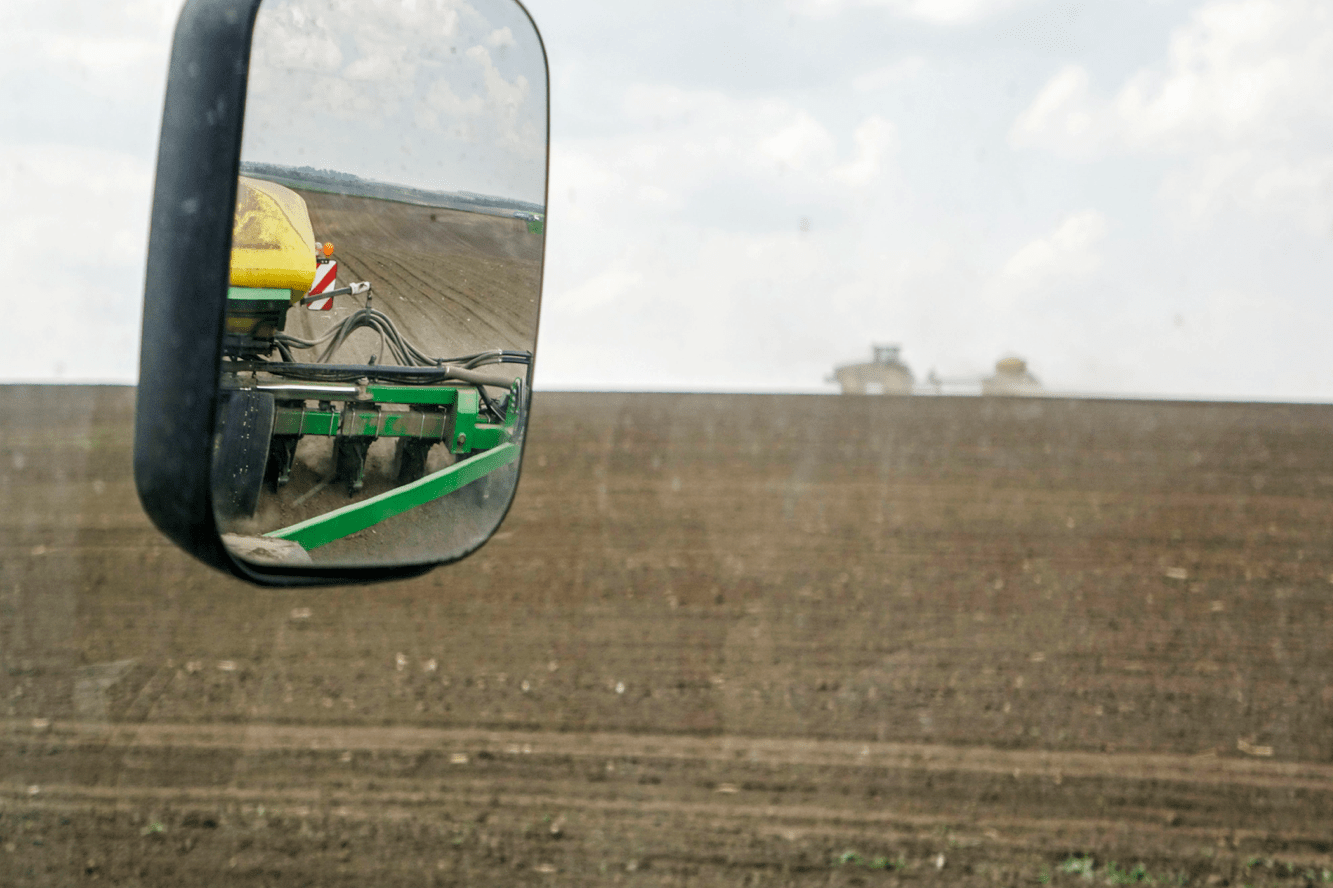 A farmer sows a field of corn seeds in the countryside outside Ternopil, Ukraine, on Friday, May 2, 2014.
Vincent Mundy/Bloomberg/Getty Images

FORTUNE — Picture a farmer harvesting a crop in a sunny Iowa field. The word “data” probably isn’t one of the things that come to mind.

But against the backdrop of that bucolic imagery, the modern agriculture industry is as wired up as any other.

Thanks in large part to a concept known as precision agriculture, fields are now mapped with GPS coordinates. “We know a lot about variables like soil and elevation,” said David Fischhoff, chief scientist at Climate Corp., which was acquired by Monsanto (MON) last year for nearly $1 billion. With finely tuned planting tools, farmers “can monitor in real time — while they’re planting — where every seed is placed,” he said. “When they come back at harvest time, they have yield monitors, allowing the combine to measure the yield every meter of the way.”

In other words, there’s no shortage of data. “I’m not sure people appreciate how much data farmers have,” Fischhoff said. “The challenge has been: What do you do with it? How can it help the farmer make decisions?”

Monsanto, John Deere (DE) and DuPont Pioneer (DD) are among the companies scrambling to help farmers do more with their exploding volumes of data. Big data and data analytics technology, known better for its increasing presence in office buildings and storefronts, is just as present in the amber waves of grain (and other crops) across the United States.

Monsanto’s Climate Corp., for example, offers a suite of decision support tools known as Climate Pro designed to help farmers increase yields, decrease costs and save time. One of those tools is Nitrogen Advisor, which tracks the available nitrogen at the field level and offers projections, alerts, and recommendations. Priced at $15 per acre, Climate Pro can offer as much as $100 per acre of increased profits, the company says.

Later this year Climate will roll out FieldScripts, a service that will advise growers at the sub-field level how much corn seed to plant in each section of their land.

“In a typical corn field, there are 35,000 to 40,000 corn seeds planted per acre, but not all parts of the field support as much growth and yield as other parts,” Fischhoff said. “FieldScripts breaks down and treats each of those little parts as if it was a field unto itself.”

The resulting “prescriptions” for farmers are developed through statistical models and algorithms. They get downloaded from the cloud to an iPad in the farmer’s tractor. That tablet computer in turn communicates with the tractor’s planting machine, telling it how to vary the density of the seeds it plants as it drives along at five or six miles per hour.

“We see this whole area of data science and decision support as really having the possibility of changing the face of agriculture,” Fischhoff said.

DuPont Pioneer is no less optimistic.

“To stay competitive, growers need to closely manage their operations to get the most out of every resource,” spokeswoman Jane Slusark told Fortune. “There’s an enormous amount of data coming out of the fields — if we can make tools for growers that make the data actionable, then it has value for them.”

This year, the company launched Encirca, a suite of brand-neutral decision services delivered through local certified agents, who work directly with farmers to analyze and customize recommendations. DuPont Pioneer expects some $500 million in annual return within the next 10 years from its decision services efforts, Slusark said.

‘It will be electrifying’

There are a number of other data technology providers to the agriculture industry. Across the globe, for instance, CropIn uses big-data analytics to provide insight at the level of individual farms, clusters of farms, districts, states, or even the whole country of India, said Krishna Kumar, the company’s founder and CEO.

“In India, there are 500 million farmers spread across the country in remote areas,” adding up to roughly a billion acres, Kumar said.

Traditionally, farmers have been “on their own” managing their land, but “imagine if we can collect every micro bit of data from each farm and run analytics — imagine if we can process these data in real time,” he said. “It will be electrifying.”

Kumar is particularly optimistic about big data’s role in answering global food-security concerns. “By 2050 the world population will hit 9.2 billion,” he said. “If we produce food at the current rate, we will not be able to feed the world.

“The moment we start getting real-time data from these farms and cloud algorithms run the big-data analytics in real time and farmers get all the right math on their fingertips, we will change the scenario in agriculture,” he said.

In general, there is support from the greater farming industry for data-driven technology.

“We’re very excited about this technology,” Mary Kay Thatcher, senior director for congressional relations at the American Farm Bureau Federation, told Fortune. “We’ll be able to save input costs, it’s good for the environment since you don’t need as much pesticides and chemicals, and you can also improve yields by 5 or 10 bushels an acre.”

In short, more yields and fewer inputs equals more profitability. But who owns that data? The issue is thorny, Thatcher said.

“I suspect any company will say the farmer owns the data,” Thatcher said. At the same time, “I may own it, but once they give it to DuPont and aggregate it, it’s not my data anymore. I gave up control.”

For that reason, “we want to make sure at contract that it’s very clear what the farmer is signing and that you’ll know you’re giving who the data, that you’ll get some money for the data,” she explained. “A lot of farmers say, ‘It’s my data, why am I paying the companies to take it and analyze it — why don’t they pay me?'”

‘They could play the market’

There are also concerns about the possibility of market manipulation based on that data.

“If you picture a thousand combines going across the field in Iowa on one day and the data is coming off John Deere tractors into the cloud, whoever sees it will have more information about that harvest than anyone else at the moment — they could go play the market,” Thatcher said.

The AFBF is seeking data usage assurances and standardization across the industry, Thatcher said. “Think how awful it would be if you have John Deere equipment but planted Dow seeds and used Monsanto fertilizer, and you have to read all their privacy policies,” she said. “We need to standardize so farmers can understand what they’re up to.”

The technology can be robust and farmers can be comfortable; the two are not mutually exclusive, Thatcher said. Given the rapid rate at which the technology is evolving, “we think we have probably about a year to figure things out,” she said. “Next year will be much bigger.”