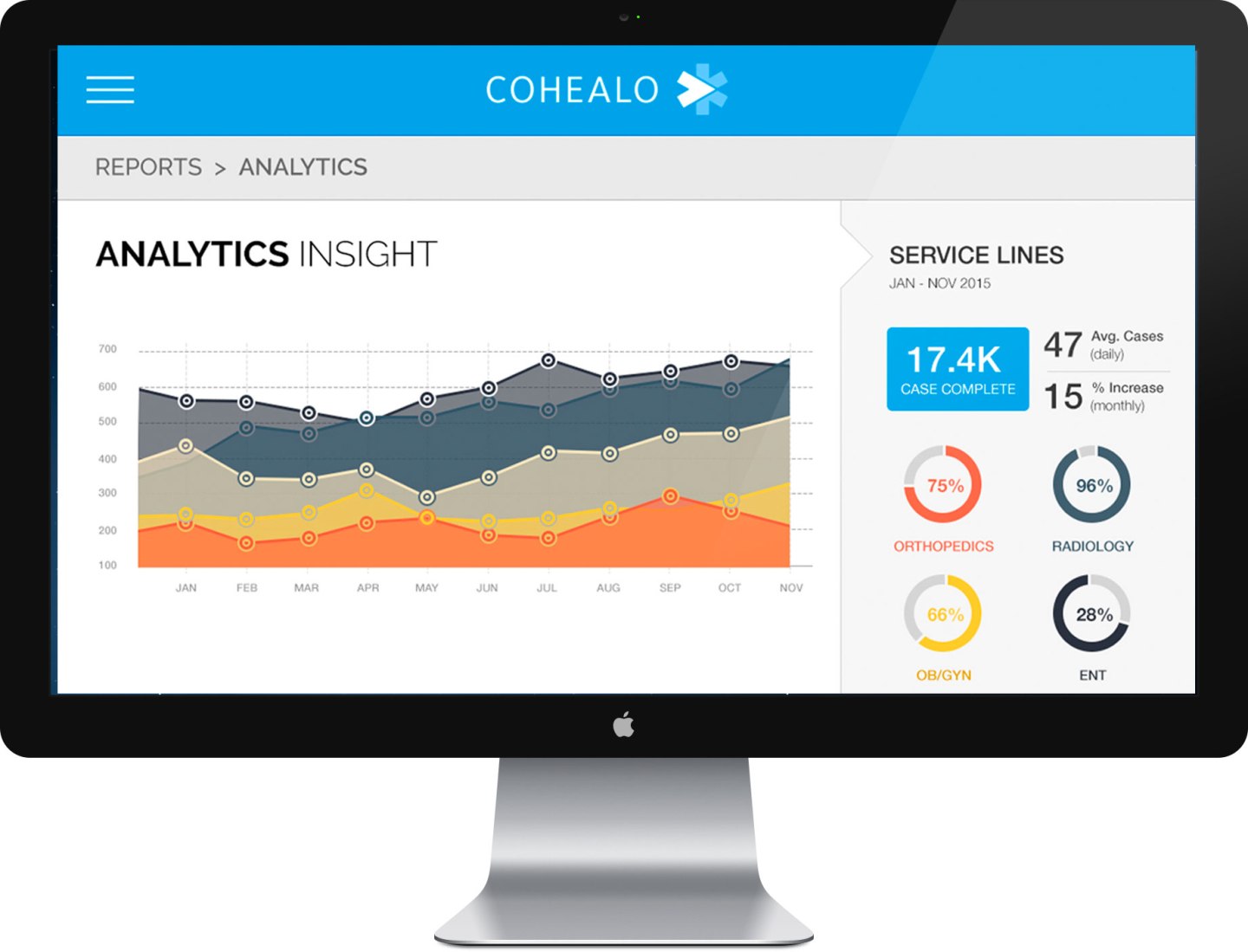 U.S. health care costs currently exceed 18% of the nation’s $16.8 trillion annual economic output–and are only continuing to grow. At the same time, hospitals are working harder than ever to find and implement cost savings.

One Boston-based startup has an idea to help: sharing.

Much like Uber and Airbnb democratized their industries by aligning underused supply (drivers and empty apartments, respectively) with customers (travelers of different stripes) via a simple, easy interface, Cohealo created a platform for hospitals to share equipment.

It sounds basic, but it’s something that has never existed in the medical industry before now. Prior to Cohealo, hospitals had two options when it came to equipment: They either purchased the item themselves or rented it.

Rental companies often price equipment rentals near the reimbursement total, leaving hospitals with little money to cover their own services. For example, if Medicare reimburses a hospital $2,200 for a hysterectomy procedure, the rental company could charge an equivalent amount to rent the laparoscopic surgery machine.

“They put hospitals in the red almost every time that they engage them,” said Cohealo founder Mark Slaughter.

Owning the equipment, on the other hand, can also be unprofitable. Hospitals use any given machine about 42% of the time, at most, according to a GE Healthcare study. That adds up to a lot of excess capacity, especially as surgery equipment gets more procedure specific. It also means that it takes longer for the hospital to pay the machine off.

Slaughter used to be part of the system, selling robotic surgery machines: “It kind of creates the perfect storm of inefficiency. The hospitals buy things; they don’t use it enough; and then the manufacturers make the next version, and they can’t afford it,” he said.

Cohealo’s goal is to push medical equipment usage rates closer to 75% to 80% by pooling hospitals resources. It does this by providing a software platform to hospital systems that catalogs and organizes their equipment inventory, and then allows doctors or nurses to simply tap and order what they need when they need it from any hospital in their network.

The startup works with third party logistics across the country that are experienced in packaging, transporting and calibrating machines. They coordinate and deliver the equipment, all within the Cohealo ecosystem.

Hospital networks haven’t completely ignored the possibility of group purchasing. They’ve used their combined purchasing power in the past to buy inexpensive items, like masks and paper towels, but are now leaning on Cohealo for big-ticket items like neurosurgery navigation systems. And it’s saving money.

Hospitals using Cohealo are saving anywhere from $1 million to $2 million in the earliest stages, and that total multiplies the longer a hospital uses the system. Hospitals could find up to $5 million to $7 million in savings, based on Cohealo’s data analysis.

“It’s meaningful impact,” said Slaughter. “We’ll continue to scale with the systems because we’ve earned their trust and confidence, and the economics are phenomenal for them.”

Cohealo already operates within two of the five biggest health systems in the U.S., which serve about 15% of the U.S. paid population. Following a $9 million venture capital round in September, Cohealo is gearing up to add two to three more hospital networks in January and extend its reach coast-to-coast in 2015.

The company, which was launched in 2011 and is privately held, doesn’t release revenue or profitability figures.

Slaughter has also been gathering a highly experienced team, bringing on the former vice president of sales for car-sharing provider Zipcar, the previous head of global project management for software giant Oracle (ORCL) and the former head of data science from travel search engine Kayak. The talent grab likely won’t end soon: Slaughter plans to double his 35-person staff by the fall of next year.