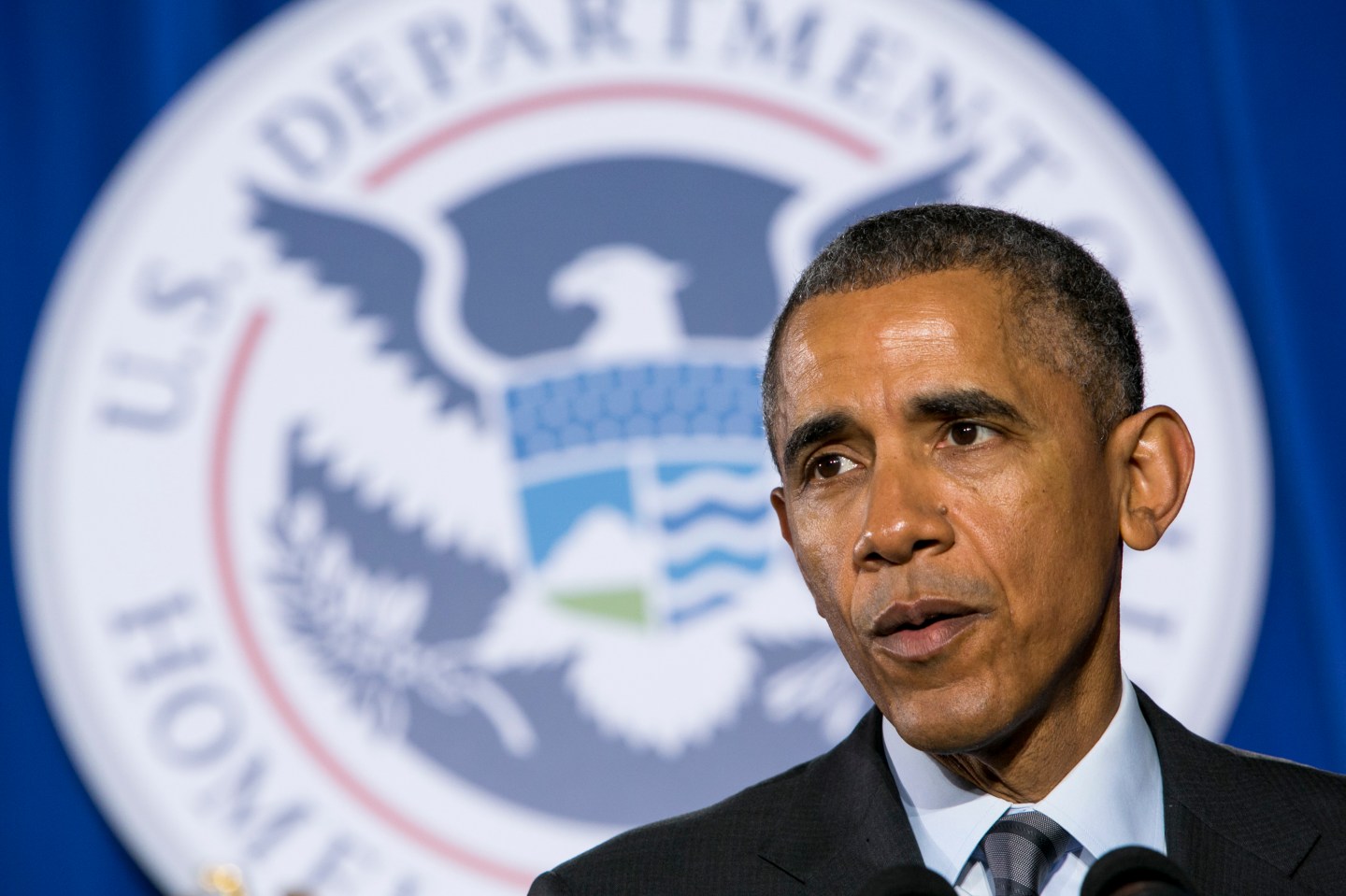 U.S. President Barack Obama delivers remarks on his Fiscal Year 2016 Budget at the Department of Homeland Security (DHS) in Washington, D.C., U.S., on Feb. 2, 2015. Obama sent Congress a $4 trillion budget that would raise taxes on corporations and the nation's top earners, spend more on infrastructure and housing, and stabilize, but not eliminate, the annual budget deficit. Photographer: Kristoffer Tripplaar/Pool via Bloomberg
Photograph by Kristoffer Tripplaar — Bloomberg via Getty Images

In President Obama’s new budget released earlier this week, he proposed four major changes in the way the U.S. taxes foreign profits of U.S. multinational corporations. The document contains several useful ideas for much needed corporate tax reform. And while the rates proposed are quite unrealistic, perhaps these are the President’s opening bids in what could become a lengthy negotiation with Republicans in Congress.

In response, Obama’s proposed repealing the right to defer US corporate taxes on foreign profits. Under the current deferral system, US multinationals have a powerful tax incentive to construct facilities and buy companies located outside the US. If deferral were ended, these companies would make locational decisions based on business factors, rather than tax rates. Thus, a substantial portion of foreign profits of US multinationals would likely be brought back to the US to build plants, buy technologies and pay dividends.

Second, the budget would reduce the corporate tax rate from 35% to 28%. This is another sound idea because the U.S. currently has one of the highest corporate tax rates in the world, making it uncompetitive in a global economy.It’s true that reducing the tax rate to 28% would lower tax revenues by $840 billion over the next 10 years ( the standard period for revenue estimates), but the budget suggests that this revenue loss can be offset by closing “loopholes” in the corporate tax code.

In fact, most large corporate tax preferences are aimed at promoting economic growth so they have strong bipartisan support. The tax preferences generating the largest revenue losses include the research and development tax credit, the special deduction for US manufacturing, and accelerated depreciation for capital investments. Of course, there has been a lot of clamor about the favorable tax treatment of corporate jets, incentive fees for hedge fund managers, and generous allowances for drilling costs. But these much criticized “loopholes” amount to less than $100 billion in revenue losses over ten years.

Thus, in order to help make up for losses in tax revenue, Congress would need to dedicate to rate reduction the revenues raised by the third and fourth proposals in the budget.

The budget would establish a global minimum tax of 19% on all foreign profits of U.S. corporations, which could generate $206 billion over 10 years. Once that tax is paid, US corporations could freely bring back their foreign profits to the U.S. To help meet this minimum, U.S. multinationals would receive tax credits for most of the corporate taxes paid to foreign countries. So for instance, if a company paid more than 23% in any foreign country, it would satisfy the global minimum tax without any additional tax payments to the US. On the other hand, if a company were taxed elsewhere at only 12%, it would have to pay the U.S. at least a 7% tax in order to meet the global minimum of 19%.

The global tax has several advantages — most importantly, it would discourage U.S. multinationals from shifting their foreign profits to tax havens with rates near zero. However, most corporate executives would view 19% as too high relative to other proposals. Last year, Republican U.S.Congressman Dave Camp, formerly chairman of the House Ways and Means Committee, used 15% as a baseline rate in his draft bill.

The new budget also proposes to levy a transition tax, a one-time tax of 14% on previously untaxed foreign earnings, regardless of whether the earnings are repatriated. Then these profits could freely be brought back to the US for any legitimate purpose. Although this proposal would raise $268 billion over 10 years, the budget would dedicate most of this new tax revenue to infrastructure investments.

In short, although the tax rates in the budget may be too high, Republicans should be attracted by some of its ideas – allowing foreign profits to be repatriated to the US at a relatively low rate and bringing the US corporate tax rate closer to the global norm. Let the negotiations begin!

Robert Pozen is a senior fellow in Economic Studies at The Brookings Institution and a Senior Lecturer at Harvard Business School.