Vodka that packs a stronger punch 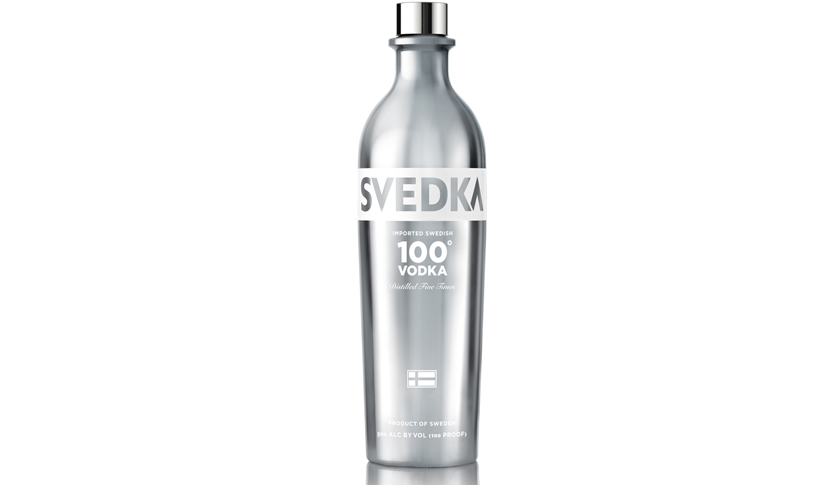 For years, vodka makers have added flavors as unusual as cookie dough and root beer float to attract new customers. Now, they are increasingly giving their drink a stronger punch.

Svedka, a vodka owned by Constellation Brands (STZ), is the latest in a series of spirits makers to add more alcohol than the standard 80 proof. Its planned Svedka 100 Proof, announced earlier this month, comes in at 50% alcohol by volume versus 40% for traditional vodkas.

The stronger vodka is intended to appeal to cocktail lovers and vodka aficionados who can stomach a more arid sensation that intensifies with a deep, warm finish. After researching the topic for the nine months, Svedka’s executives concluded that vodka drinkers are increasingly turning to stronger spirits.

“One of the virtues of being 100 proof is the perception is clean and crisp,” said Diana Pawlik, vice president of marketing for Svedka. “On the rocks or straight up, you can enjoy the profile in its truest sense.”

It’s an explanation given by other vodka makers selling 100 proof. They insist that drinkers prefer a beverage with fewer frills while arguing that a stronger vodka also creates a more intense sensation that makes cocktails more enjoyable.

Vodka suppliers generate $5.6 billion annually in the U.S., according to the Distilled Spirits Council of the United States. But it is difficult to pin down just how much potential the 100-proof category has.

Svedka, citing data from industry tracker IRI, claims the 100-proof category is growing at a 16% rate and outpacing the growth of 80 proof and flavors. But Nielsen, which tracks sales at convenience, grocery and liquor stores, estimates 100 proof currently represents less than 1% of the total vodka market.

The 100 proof category is another opportunity for vodka makers beyond the recent craze for flavored versions, which come in everything from marshmallow to grapefruit jalapeño. Some industry observers have said vodka now leans too much on flavors, which is typically comes in 70 proof, leading some drinkers to ditch the spirit in favor of more traditional whiskeys and tequilas. But 100 proof offerings could help vodka get taken seriously again, especially at bars where mixologists drive some of the industry’s hottest trends.

“Innovation in vodka doesn’t have to mean flavor,” said Pawlik.

Beam Suntory says its 100 proof Pinnacle vodka is best in a mixed shot like a Kamikaze to more highlight the strength of the stronger proof. But currently, many drinkers use Pinnacle in cocktails with a few mixers.

Pernod Ricard’s Absolut claims it was the first major player to go to 100 proof in 2007 when it introduced Absolut 100. Whatever the case, there are now more than 40 different vodkas with 100 proof versions or even stronger in the U.S. market.

“From bartenders to consumers, we heard people wanted a bit more intensity in their cocktail, but also the same smoothness that they had come to expect from Absolut,” said Nick Gustaferro, brand director for Absolut.

Strategies can differ as Pernod, Diageo and Bacardi and others aim to compete in the space. Absolut initially focused on gaining traction at bars and restaurants, and later saw demand increase at liquor stores. Svedka has traditionally focused more on store sales.

To get the vodka at 100 proof, makes must make changes in the distillation process. When all vodka is made, it is initially distilled at a stronger level than what consumers see on liquor shelves and then is diluted and blended.

Svedka’s 100 proof will start shipping in limited quantities over the new few weeks. Full distribution is expected this spring.