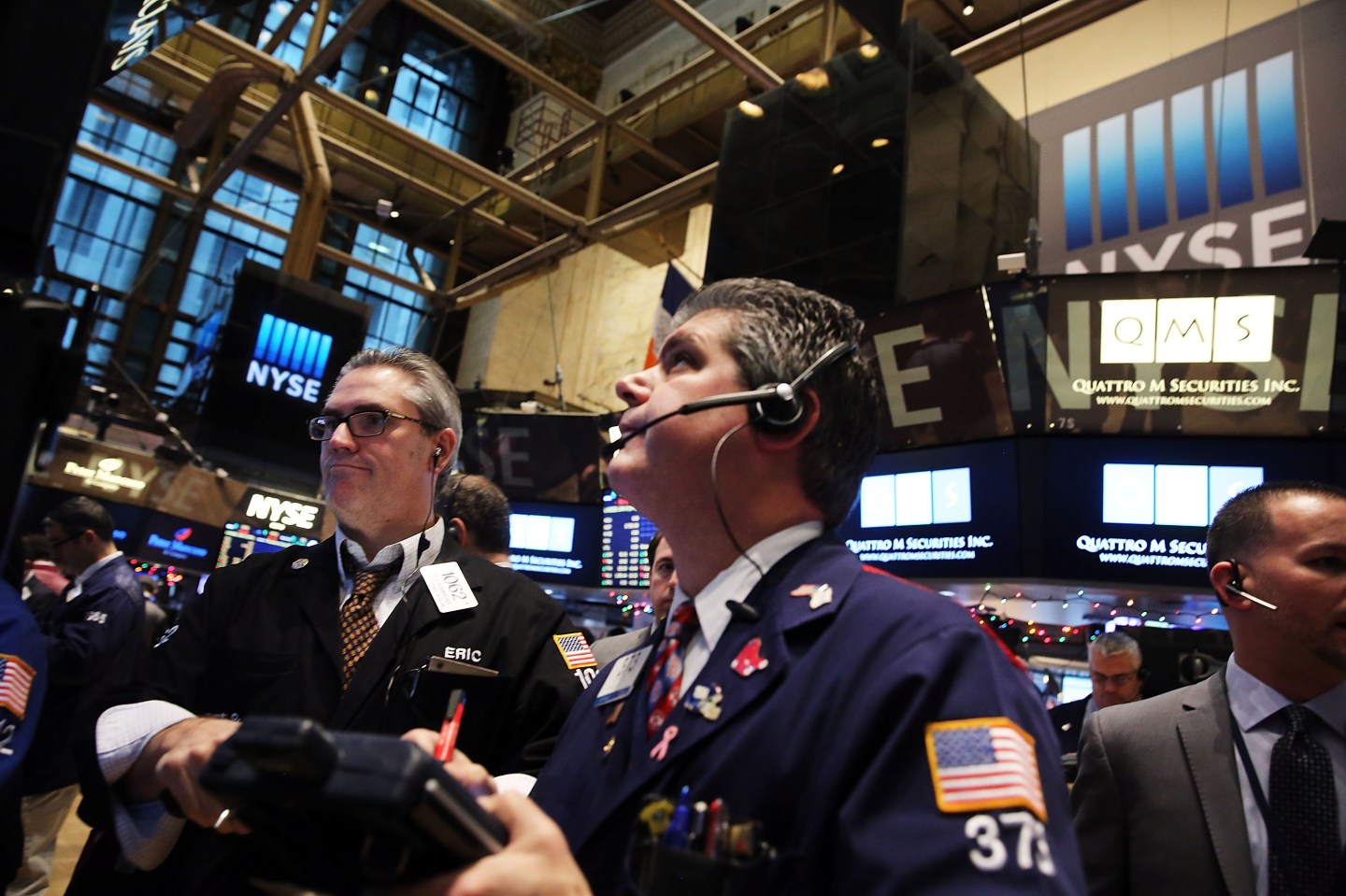 Shares of hamburger chain Shake Shack sizzled on Friday following its IPO while Amazon’s rallied after a strong earnings report. But a few bright spots couldn’t ward off another day of losses for the stock market, which closed out January in the red.

Concerns about weak domestic economic growth weighed down the market on Friday after the Commerce Department said that U.S. gross domestic product grew at a lower-than-expected annual rate of 2.6% in the fourth quarter of 2014 — down from 5% during the previous quarter. Friday also brought renewed concern over economic stability in Europe, where Greece’s new finance minister said the country would not negotiate new bailout terms with the European Union and International Monetary Fund.

Meanwhile, the U.S. market closed Friday trading by posting its second-straight month of losses. The Dow Jones Industrial Average dropped 251 points, or 1.5%, to finish at 17,166 points. The S&P 500 and the Nasdaq composite dropped 1.3% and 1%, respectively.

With Friday’s losses, the Dow dropped 3.7% overall during the first month of 2015 and has lost 900 points since late-December, when it crossed the 18,000-point mark for the first time. The benchmark S&P has dipped below the 2,000-point mark — a milestone the index crossed for the first time last summer — after falling 3.1% during the month of January. The Nasdaq suffered a bit less in January, but is still down nearly 100 points, or 2.1%, on the year.

The U.S. market started January with a string of sell-offs caused by falling oil prices and the economic turmoil in Europe, but stocks rebounded midway through the month to briefly wipe out all of the early year losses. Earlier this week, though, a series of weak corporate earnings reports drove down the share prices of major companies such as Caterpillar (CAT) and Microsoft (MSFT) and triggered another market sell-off.

There is some historical precedent showing that a weak showing by stocks in January could foretell poor performance for the rest of the year. However, the market also posted losses in January 2014, but all three major indices ended last year with solid gains.

Friday’s declines came despite a banner day for popular burger chain Shake Shack (SHAK), which debuted on the New York Stock Exchange and saw its shares more than double from the initial pricing of $21 per share. Amazon (AMZN) also posted a strong rally Friday, as shares of the online retail giant jumped nearly 14% after the company released a strong fourth-quarter financial report. There was also some good news from the labor market, with a Labor Department report showing that wages and benefits grew by 2.2% last year.

Meanwhile, Friday was also a big day for the energy sector, where the price of crude oil jumped by more than 6%. Prices have fallen more than 50% since last summer due to a worldwide oversupply of oil. The price of West Texas Intermediate crude oil remains below $50 per barrel, which is near the lowest point since 2009.