Stocks close out another solid year 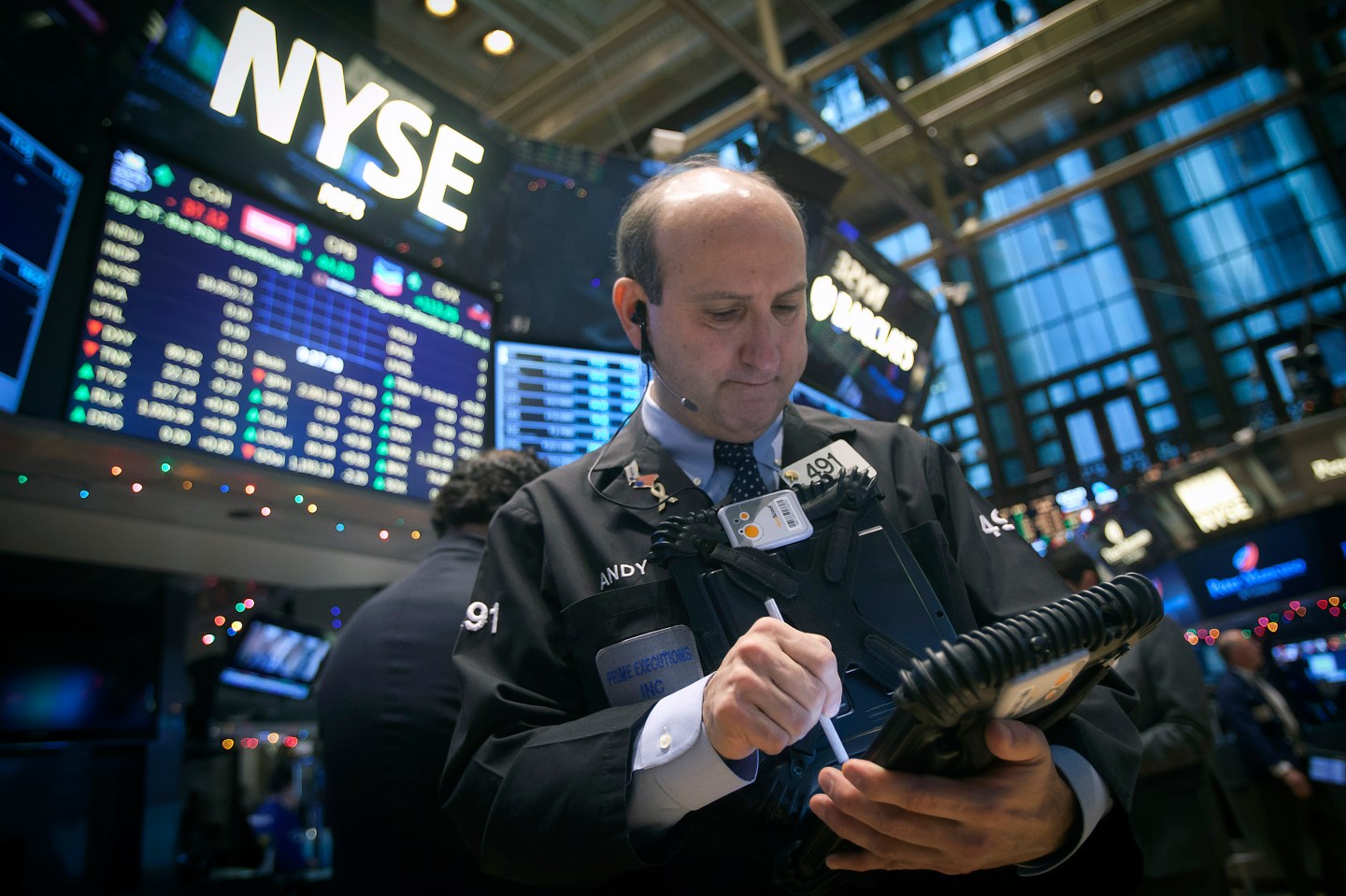 (REUTERS) – U.S. stocks fell on Wednesday as crude oil prices continued their descent, but the S&P closed out a third straight year of double-digit gains.

For the year, the Dow ended up 7.5 percent, notching its sixth straight annual gain, and the Nasdaq rose 13.4 percent. The best-performing S&P component in 2014 was Southwest Airlines Co up 124.6 percent, whileTransocean Ltd, down 62.9 percent, was the worst.

Equities lost steam heading into the New Year after rallying nearly 6 percent over eight sessions, sparked by the U.S. Federal Reserve’s commitment to be “patient” about raising interest rates and positive economic data.

Still, the S&P 500 has risen in seven of the past ten sessions, hitting a series of intraday and closing records, and finished the year up 11.4 percent. The stock market will be closed Thursday.

“The fact of the matter is markets put in a solid year in spite of significant headwinds that could have easily derailed a multi-year bull market,” said Peter Kenny, chief market strategist at Clearpool Group in New York.

“The most the bears got out of this year was a 10 percent correction on an intraday basis and the markets stubbornly moved higher, and for good foundational reasons.”

Gains may be tougher to come by next year, and a pick-up in profits growth may be essential if the market is to continue to add to its historic gains.

The CBOE volatility index, which measures the cost of protection against a drop on the S&P 500, surged 20.4 percent, its biggest jump since Dec. 10 and the fourth straight climb. Quarterly options on the S&P 500 expire at the end of the month.

“Part of it may be the quarterly expiration of S&P options but a lot of it has to do with crude being down today,” saidJ.J. Kinahan, chief market strategist at retail brokerage TD Ameritrade Holding Corp.

Traders might be also looking to load up on some protection before they head out for the holiday, Kinahan said.

“We had such a nice year that many people may be looking to buy some protection for a ‘just-in-case scenario’ for between now and the new year,” Kinahan said.

Volume was light, with about 5.21 billion shares traded on U.S. exchanges, below the 6.95 billion average this month, according to BATS Global Markets.