Can an aluminum F-150 win over blue-collar truck buyers? 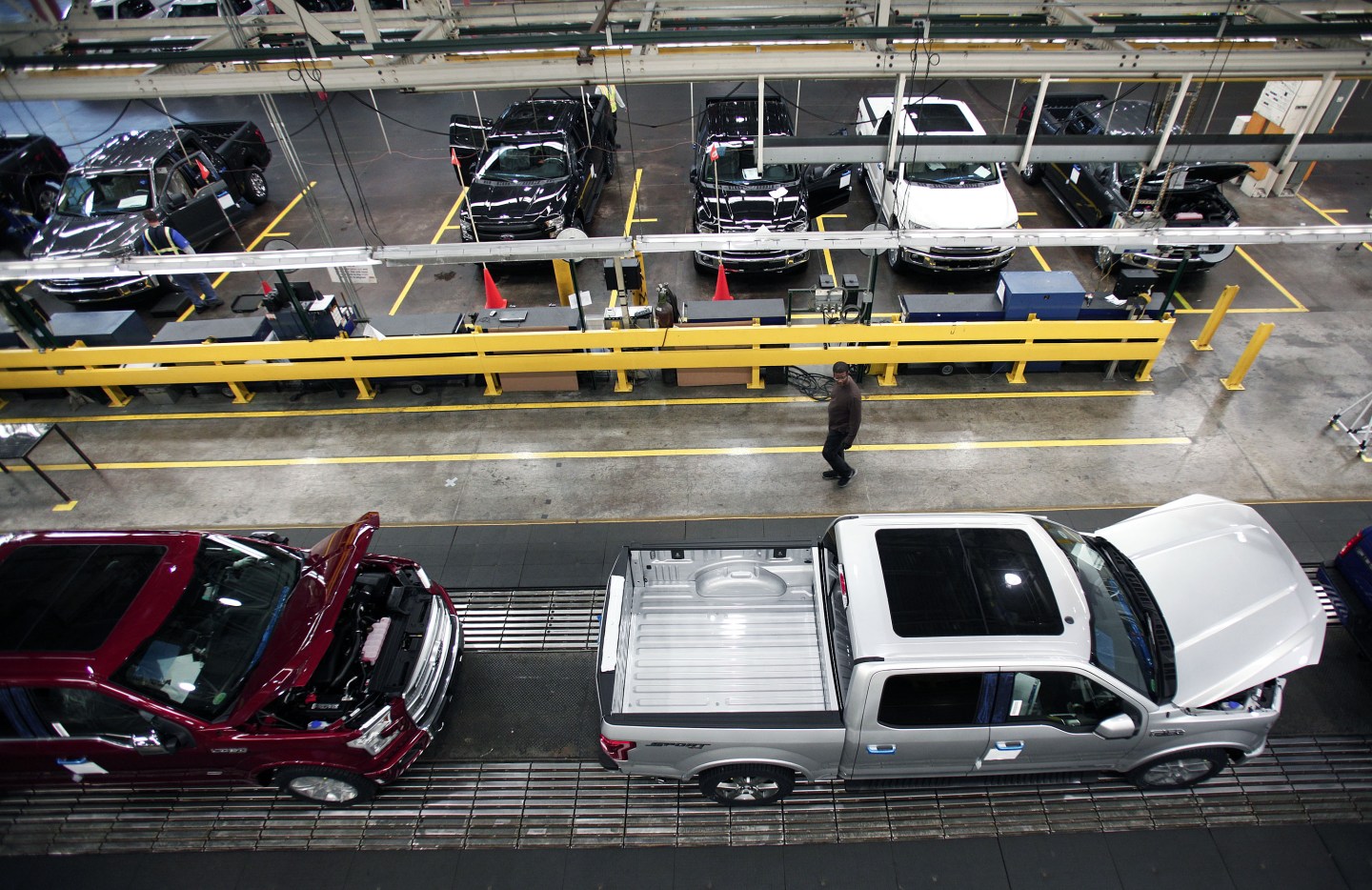 The truck that perhaps embodies that hard-working, down-home spirit more than any other is the Ford F-150, the nation’s best-selling truck for nearly four decades. The newest iteration of the truck is a bit different, though — instead of the heavy, traditional steel, the body is made of an aluminum alloy.

Will the flannel-wearing masses follow Ford (F) into the land of aluminum? Probably, but there might be some hesitancy, experts say.

“Pickup buyers are a fairly conservative bunch,” said Stephen Brown, an analyst at Fitch ratings. “Some out there are going to have reservations about the aluminum body.”

Generally, though, Brown said the truck’s reception has been pretty positive. Truck Trend Magazine ngave the F-150 its inaugural Pickup Truck of the Year award for 2015. Still, Brown thinks that for some people it will be hard so stop thinking of “thin, flexible aluminum” when considering what the vehicle is made of.

Ford, though, is focusing its advertisements on traditional things that have sold trucks in the past: toughness and towing capacity, for example, rather than on the aluminum build and its benefits.

John Krafcik, currently the president of TrueCar (TRUE), is a former Ford executive. He thinks that introducing the aluminum F-150 is a bold move similar to one Ford made in the late 1990s when the F-150 was redesigned to be more aerodynamic, and “looked very different from any truck before it.” Truck buyers stuck by the truck, though, and Krafcik expects that to happen again.

Of course, even if Ford is focusing on the traditional selling points for trucks, some of the new advantages of the truck will help sell it, said Jessica Chambers, an analyst at car-shopping website Edmunds.com.

“We know that people want better fuel efficiency no matter what segment they’re buying,” she said.

If, though, people are skeptical about buying an aluminum F-150, does that mean other manufacturers’ models — such as the Sierra and Silverado from General Motors (GM), or FCA’s Dodge Ram — have the ability to take some of Ford’s lost market share?

More than likely not, said Brown.

While those rival trucks have also recently been updated, or redesigned, Brown said it’s more likely that truck buyers who have long been loyal to Ford, but have questions about the aluminum body, will just wait to see how others like the truck rather than switch to a competitor.