Ford gets ready to push the F-150 truck 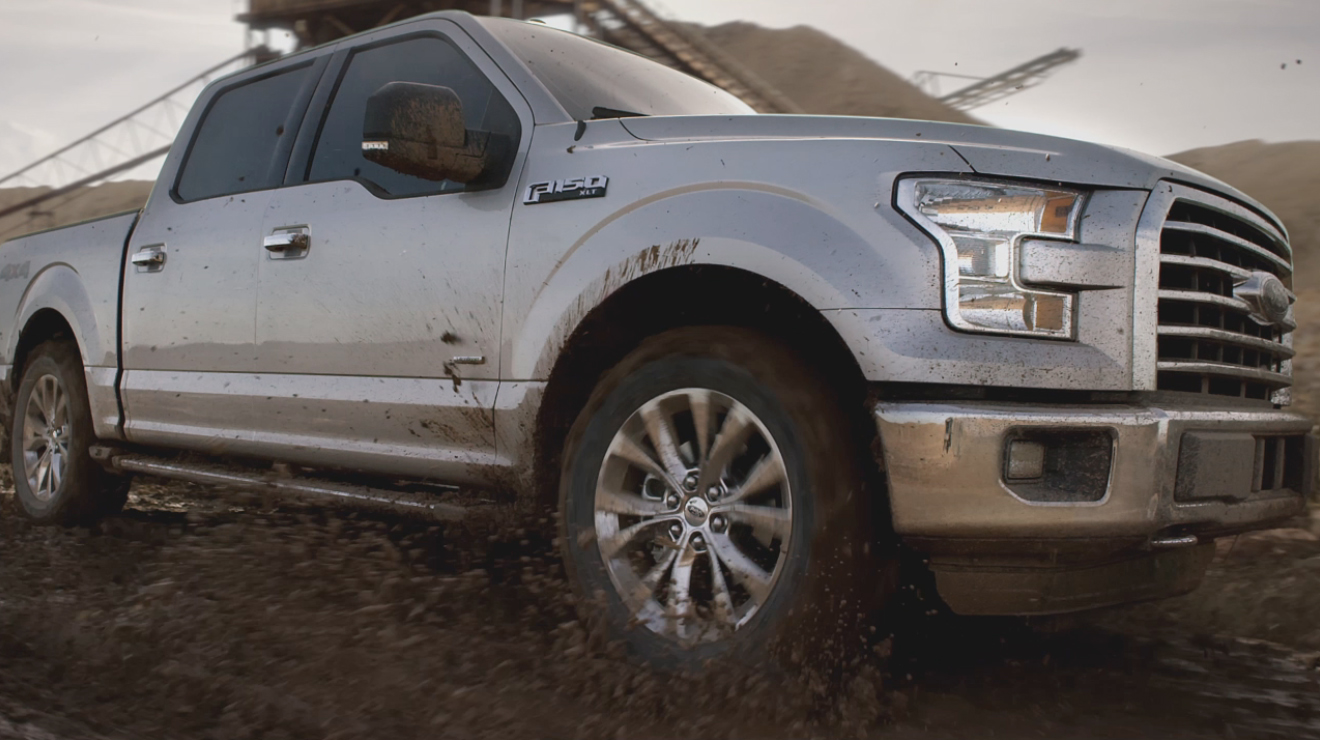 Ford this week kicks off its most comprehensive truck marketing campaign ever to promote the all-new 2015 F-150 – the toughest, smartest and most capable F-150 ever.
Courtesy of Ford

Perhaps the most anticipated truck in recent memory is hitting the road, and Ford is doing everything it can to let customers know that it’s ready to roll.

The F-Series is likely the most important car in Ford’s portfolio. In 2013, 763,402 of the 2,493,918 vehicles Ford (F) sold were F Series trucks. That’s 30% of all sales, making F-Series by far the most popular Ford vehicle by volume. Ford sold more F-Series trucks in 2013 than it did all sport utility vehicles, and nearly as many F-Series trucks as all of Ford’s other vehicle lines combined. For the past few months, Ford has aggressively shifted production toward these new trucks as it prepares for launch. Analysts expect U.S. auto sales to rise yet again in 2015, with total sales possibly exceeding 17 million units. Aggressive marketing of the F-150 is clearly Ford’s attempt to grab as much of that market as possible.

Doug Scott, Ford’s truck group marketing manager, said that the type of customers who are generally interested in F-150s have other interests, such as “country music, NASCAR, sports on television, hunting and fishing, DIY.” He said that to reach those types of customers, Ford will be advertising heavily during sporting events, including the upcoming inaugural College Football Playoff, which starts on New Year’s Day, which will likely have a similar audience.

“It’s no accident that we’re there in college football,” he said.

In addition to the traditional TV ads, Scott said he knows that digital and social advertising are important for selling trucks. As such, Ford is running a few internet-based campaigns to raise awareness for the advances made in the new truck.

For instance, Ford is running a series of webisodes called “Tough Science,” featuring John Brenkus, known for hosting “Sports Science” on ESPN. This series highlights the aluminum build of the new trucks by having athletes shoot hockey pucks and throw baseballs at them to test their strength.

One group Ford is not focusing on: The so-called “urban cowboy,” a term that refers to someone who buys a pickup not because he or she necessarily needs one, but because that’s the car they want.

There might end up being a market among these “urban cowboys” there that wasn’t originally planned for. Scott said a few years ago many of these types of consumers stopped buying pickup trucks because of the weaker economy and increased fuel prices. The economy is doing much better now though, and fuel prices are rapidly falling. That could bring them back to the market, he said.

Still, Scott said that the traditional truck customer, one who uses all of the capabilities of the vehicle, will be the primary focus as Ford looks to boost its year through strong F-150 sales.