Dow tops 18,000 for the first time after an upbeat GDP report 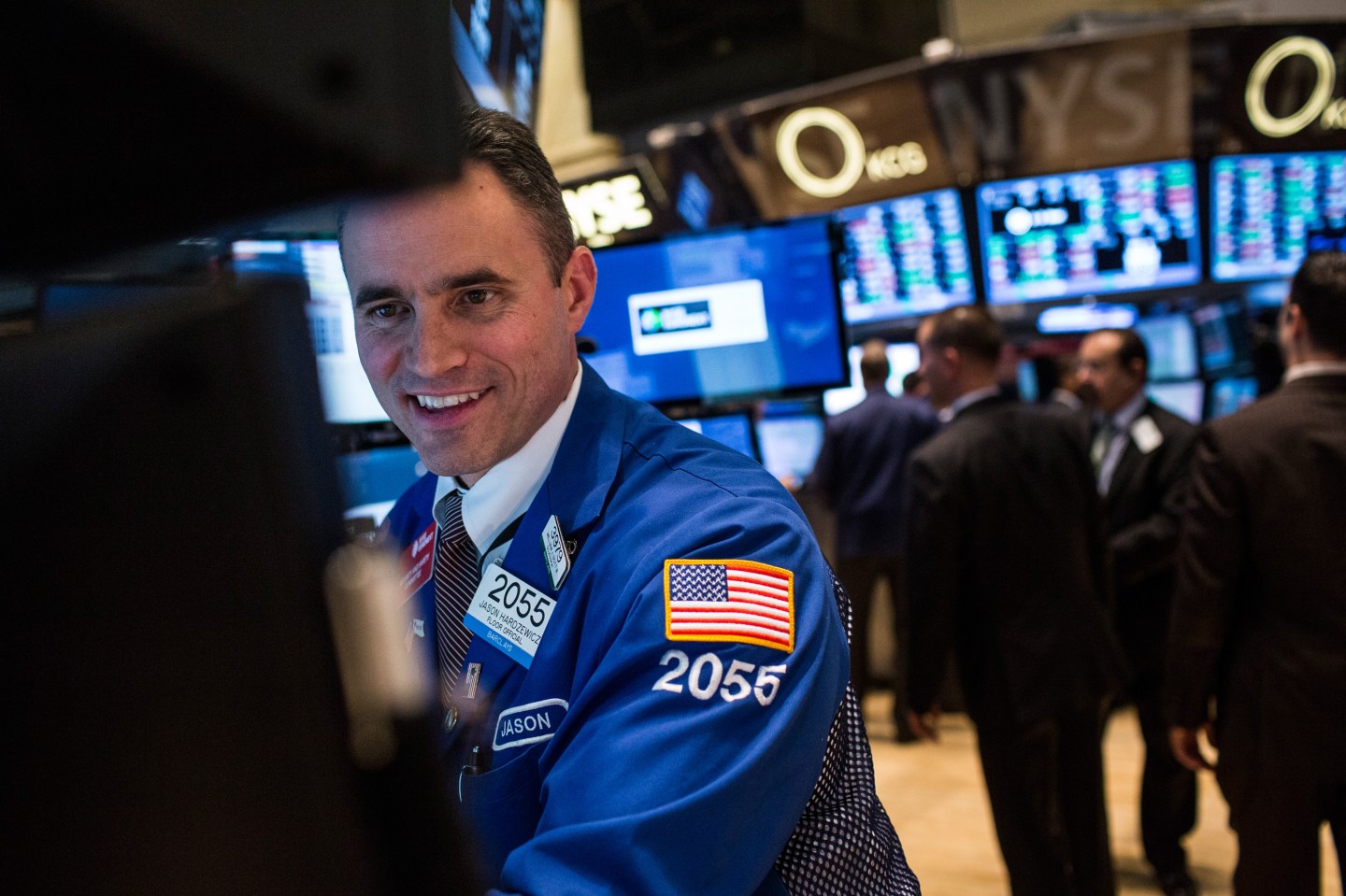 NEW YORK, NY - DECEMBER 04: A trader works on the floor of the New York Stock Exchange on December 4, 2013 in New York City. The Dow Jones Industrial Average dipped over 100 points during trading before bouncing back to approximately 15,900; the market peaked at a record high last month at over 16,000 points. (Photo by Andrew Burton/Getty Images)
Photograph by Andrew Burton — Getty Images

The Dow Jones industrial average closed above 18,000 for the first time ever Tuesday, marking yet another milestone in a year of record highs.

The Dow finished with a gain of 65 points, or 0.4%, at 18,024 — an all-time closing high for the index. The Dow Jones first crossed the psychological milestone one day after jumping 155 points to put itself within striking distance of 18,000.

The broader S&P 500 gained 4 points, or 0.2 percent, finished at another record high, while the Nasdaq Composite ended in slightly negative territory, pressured by a drop in biotech stocks.

The Dow, along with the broader U.S. market, has received a boost over the past few trading days after the U.S. Federal Reserve said last week that it will take a patient approach to its planned interest rate hikes in 2015. Tuesday’s positive news from the U.S. Commerce Department, which included an upward revision of its third-quarter gross domestic product estimate, also spurred market gains.

The Dow Jones came tantalizingly close to hitting 18,000 points earlier this month, but a prolonged market sell-off saw the blue-chip index lose more than 880 points over a nearly two-week period before a major stock rebound midway through last week.

In early July, a strong jobs report boosted the stock market, sending the Dow Jones over the 17,000-point mark for the first time. Since then, the market has endured a roller-coaster ride that included a broad sell-off in October that basically erased all of the year’s gains and sent the Dow Jones tumbling below 16,000 points, briefly. Stocks rebounded throughout November with a string of record finishes pushing the Dow Jones and S&P 500 to all-time highs.

Fears over numerous global concerns — sluggish global economy, strife in Ukraine and Hong Kong and the worldwide outbreak of ebola — as well as the Federal Reserve’s interest rate hike planned for 2015, are among the factors that have affected the market in recent months, causing several turbulent stretches. As of last week, though, investors seem fairly pleased with the Fed’s plan to be patient and measured when it comes time for interest rates to rise.