Dow Jones moves above 17,000 for the first time 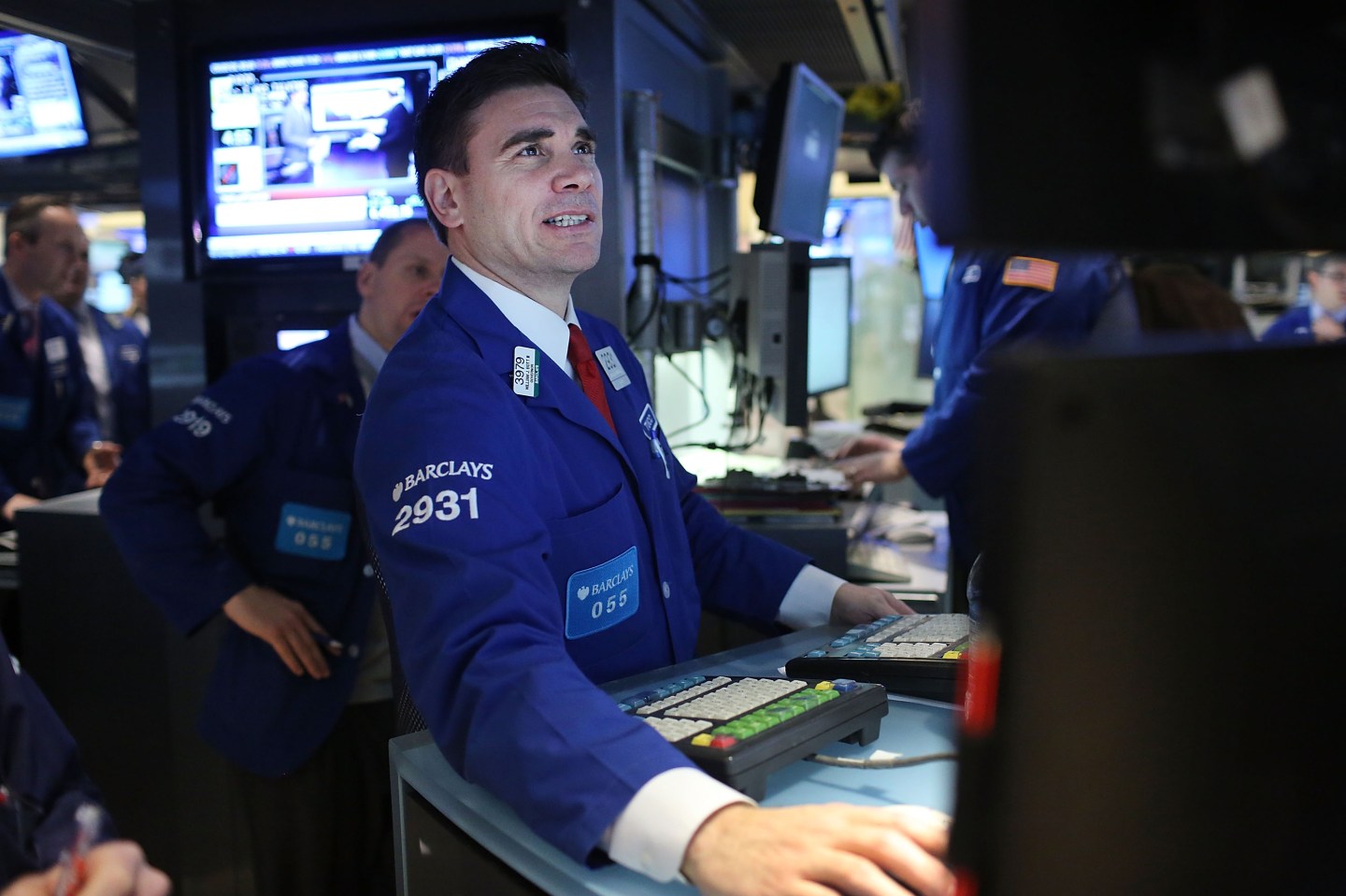 NEW YORK, NY - MARCH 06: Traders work on the floor of The New York Stock Exchange on March 6, 2013 in New York City. One day after the Dow Jones Industrial Average rallied to a record high to close at 14,253.77, stocks were up over 40 points in morning trading. (Photo by Spencer Platt/Getty Images)
Spencer Platt—Getty Images

The Dow Jones industrial average didn’t want to wait until after the holiday weekend to cross the milestone 17,000-point mark.

The blue-chip index crossed the mark moments after the opening bell rang on Thursday, jumping 21 points from its 16,979 opening level. Less than 15 minutes after kicking off trading Thursday morning, the Dow Jones was up more than 75 points, sitting above 17,050. It finished the session above 17,000 for the first time ever.

The Dow Jones flirted with 17,000 on Tuesday, coming within a hair of the mark by climbing almost 130 points to reach 16,998.70 before retreating a bit through the rest of that day. The index did manage to reach record high closes on both Tuesday and Wednesday, giving it 13 record finishes already in 2014.

The Dow Jones’ strong opening Thursday morning was helped by the positive employment news released by the U.S. Bureau of Labor Statistics, which reported 288,000 additional jobs added in the U.S. in June, bringing the country’s unemployment rate down to 6.1%. Several companies’ shares were also up Thursday morning to help boost the Dow Jones’ rise, including Goldman Sachs (GS) and Chevron (CVX).

Despite the frequent record highs, the index was up by a modest 1.5% overall in the first half of 2014, trailing fellow major indices the S&P 500 and the Nasdaq, which increased 6% and 5.5%, respectively, over the same period.