GM, other carmakers slam the brakes on Russia deliveries as rouble slumps 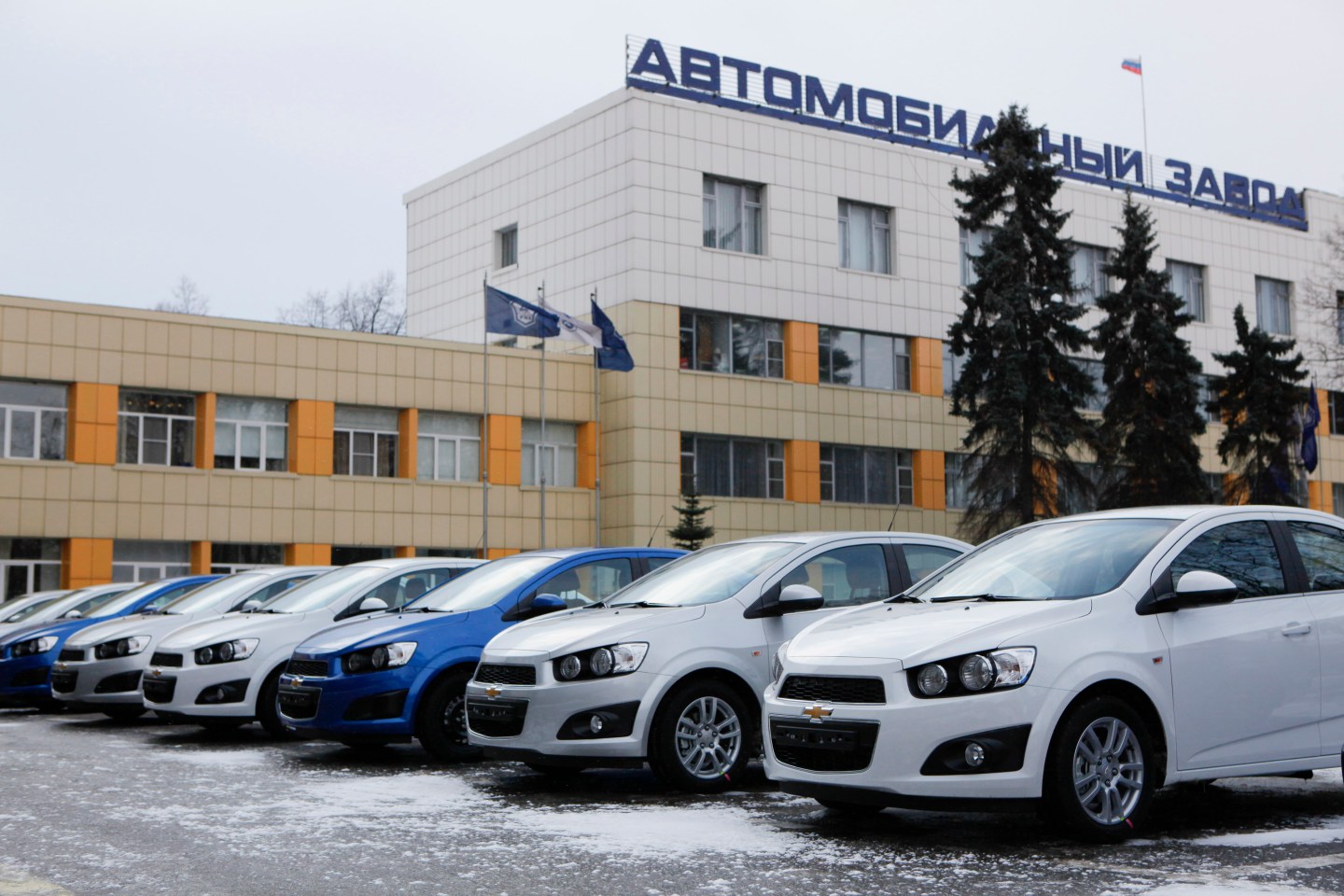 Carmakers including General Motors (GM) and Jaguar Land Rover have stopped delivering to Russian dealerships in response to the sharp slide in the value of the rouble.

The Russian currency has been hammered by slumping oil prices and Western sanctions imposed over Moscow’s involvement in Ukraine, losing as much as 20 percent against the U.S. dollar this week and about half its value since the start of the year.

In an e-mailed statement to Fortune, a GM spokesman said that “in the past several weeks GM Russia has adjusted production to one shift in our St. Petersburg plant and increased vehicle prices to manage our business risk related to the volatility of the Ruble. As an additional measure, on December 16 we also temporarily suspended sales to dealers.”

Cadillac, Opel and Chevrolet vehicles already purchased by customers will be delivered at the agreed price, GM said, adding that it continued to monitor the situation.

The rouble’s fall has prompted some companies that incur costs in other currencies, like Swedish furniture retailer IKEA, to increase the prices they charge Russian buyers. And this week Apple decided to stop online sales in rubles, citing volatility causing problems with pricing.
[fortune-brightcove videoid=3948171982001]

Rival BMW said it had already been redirecting new vehicles to stronger markets since Russian car demand slump began in the summer, while also adjusting prices.

Russia had been expected to overtake Germany as Europe’s biggest auto market earlier this decade but that breakthrough has not happened and registrations are down 11.6 percent so far this year.