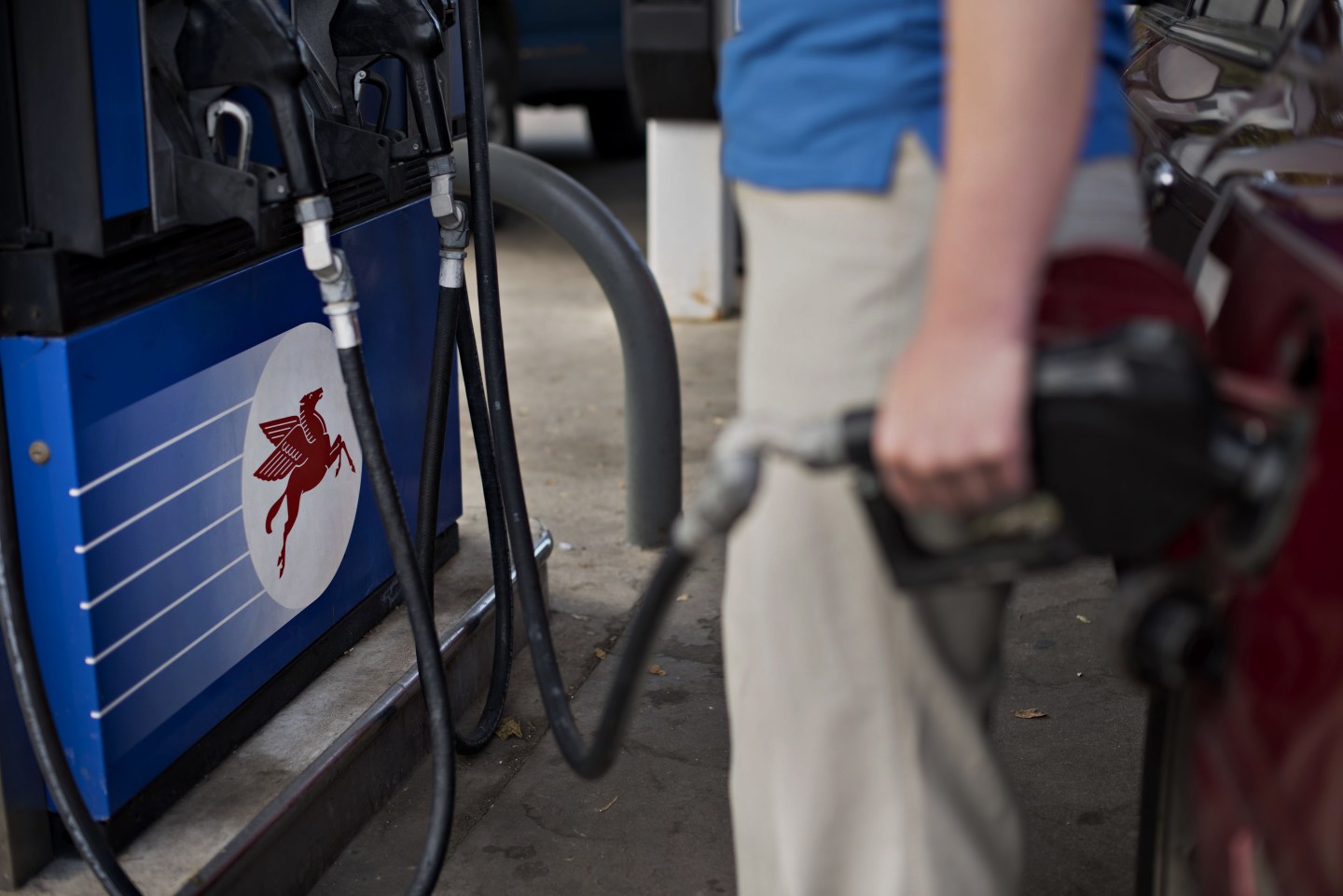 The average price of a gallon of regular gasoline in the U.S. has dropped 12 cents over the past two weeks, reaching a four year low, a national survey finds.

Lundberg Survey Inc. said Sunday that the average price of regular gasoline has reached $2.72 per gallon, the lowest price since November 2010, Reuters reports.

Lundberg in part attributed the dramatic fall-off to a spike in crude oil production in North America. The Organization of Petroleum Exporting Countries last month decided not to cut crude oil production to contend with a U.S. shale oil boom that has created a glut on world markets.

Other factors include a slowdown in demand for gas and a strengthening of the U.S. dollar, Lundberg found. The Dollar Index, which tracks the buck’s value against a basket of other major currencies, is now at its highest since 2006.

The most expensive gas in the lower 48 states was in San Francisco, where it goes for $3.04 per gallon. The lowest price was in Albuquerque, where it’s $2.38 per gallon.