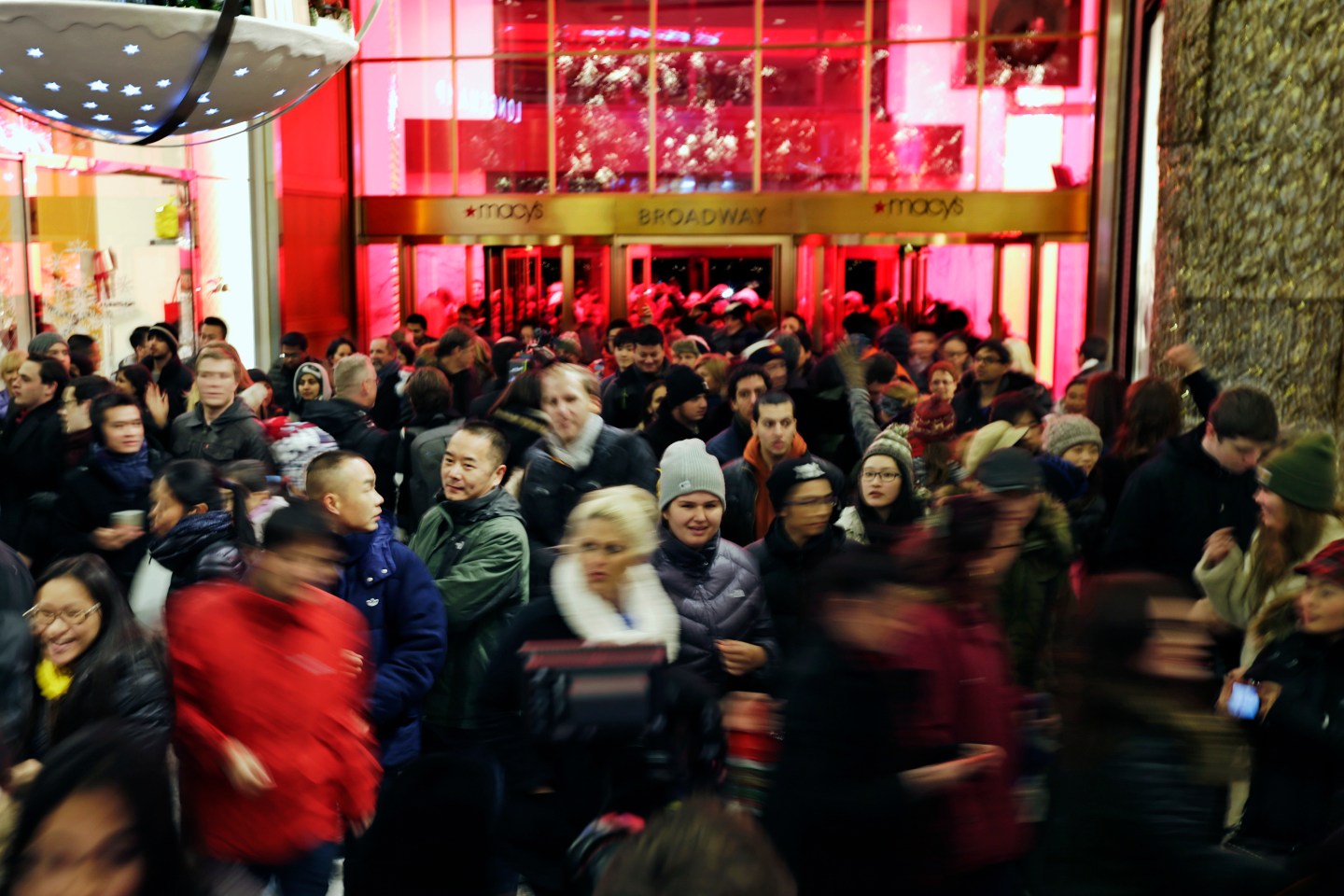 As the kickoff to the holiday shopping season arrives earlier every year, eating into the evening of Thanksgiving, lawmakers are fighting back on behalf of workers who must clock in on holidays.

California Assemblywoman Lorena Gonzalez, a Democrat from San Diego, said this week that she will introduce a bill next year to guarantee double pay for any worker required to work on a holiday. Gonzalez’s bill will apply to Thanksgiving and Christmas and will cover part-time and full-time workers at large and small businesses.

While many employers pay time-and-a-half to workers who log holiday hours, Gonzalez said there’s no law that prevents employers from paying standard hourly rates on holidays.

Gonzalez said she will introduce her bill with workers and their families in mind. “Somebody has to stand up and say: ‘You have to be compensated fairly.’”

In Ohio, state Representative Mike Foley, a Democrat, has taken the idea even further. He introduced a bill that would require stores in the state to pay employees triple their hourly rate if they are required to work on Thanksgiving. He said the inspiration for the bill came from a conversation he had last year with a Cincinnati woman and her 82-year-old mother, both of whom were scheduled to work on Thanksgiving.

These extra pay proposals are an alternative to a longstanding tactic used by three states to combat the “Gray Thursday” trend. Laws in Maine, Massachusetts, and Rhode Island—whose original purpose was to drive citizens to church—ban major retailers and some grocery stores from opening on Thanksgiving and Christmas.

For the third consecutive year, workers at Walmart stores across the country launched strikes on Friday to call for $15 per hour and full-time employment. Workers in six states—Wisconsin, Louisiana, Florida, California, Maryland, and Virginia— and Washington, D.C., have filed official strike notices. OUR Walmart, the group representing the workers, says that it expects protests at 1,600 Walmart locations nationwide.

Wal-Mart workers’ annual Black Friday demonstrations began in 2012. Since then, the United Food and Commercial Workers union has filed complaints with the National Labor Relations Board, decrying the retail giant’s response to worker walk outs. Earlier this year, the board filed a formal complaint against Wal-Mart for violating labor laws by threatening or punishing workers who considered joining the Black Friday protests. Wal-Mart has said that it disagrees with the board’s findings. The case is still pending.

Sacramento Mayor Kevin Johnson and other lawmakers said this week that they will explore raising the city’s minimum wage.

Workers in California’s capital currently earn at least $9 per hour—the statewide minimum wage, which increased from $8 in June and is set to rise to $10 in 2016, based on a law enacted in September 2013.

Nearby San Francisco will increase its current rate of $10.74 to $15 per hour by 2018, based on a ballot initiative voters approved in November. Oakland’s minimum hourly rate will increase from $9 to $12.25 in March following the passage of a November ballot measure.


Johnson has voiced support for raising the federal minimum wage in the past, and he said this week that he plans to convene a working group next year to explore whether the city should up its rate. Members of the Sacramento City Council have publicly advocated for a higher city minimum wage and have said that they plan on pushing the issue forward next year.