U.S. economy is improving, just in time for the holiday shopping season 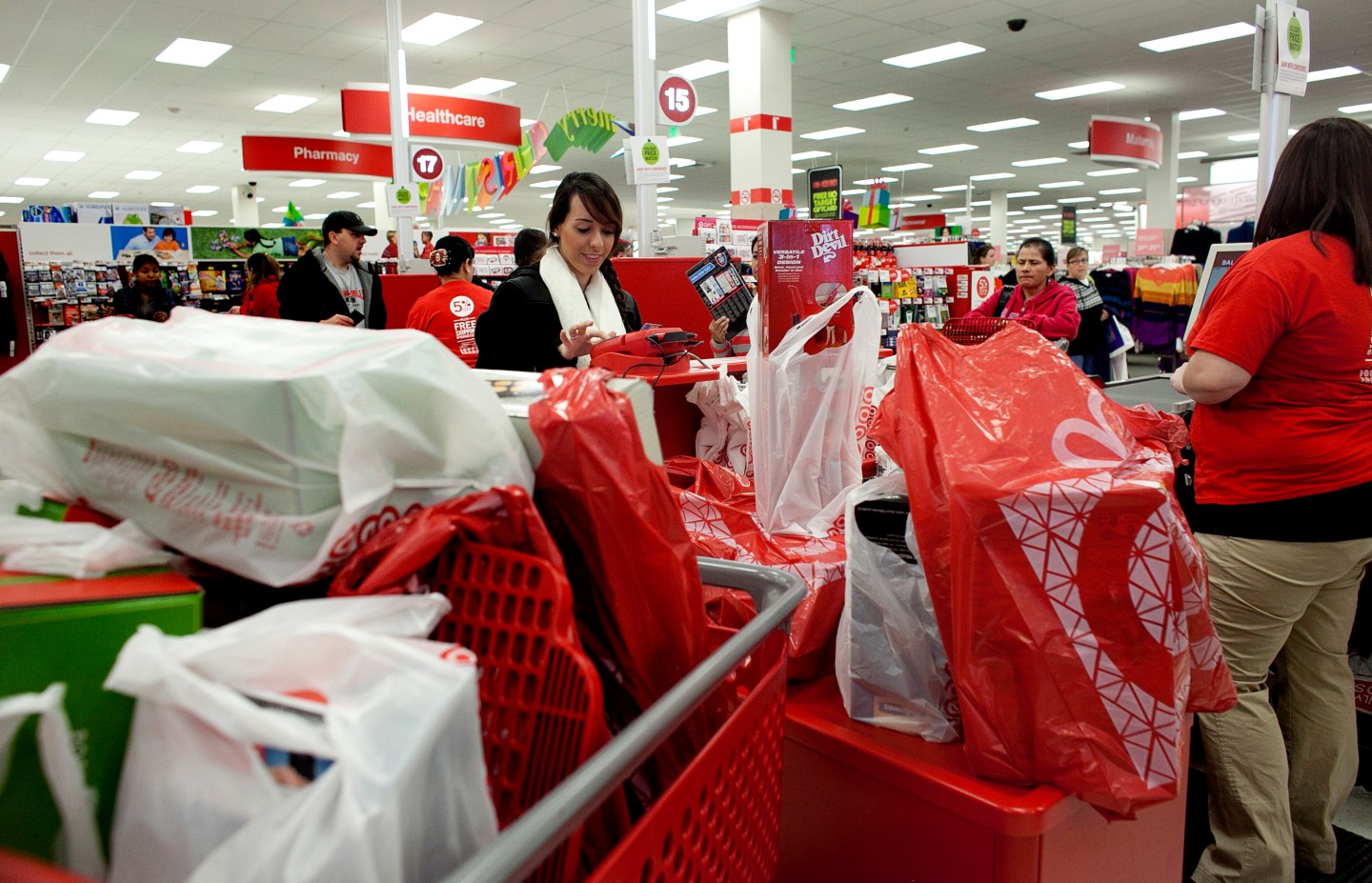 BRAINTREE, MA - NOVEMBER 23: Melissa Menses pays for her purchases at checkout during Black Friday sales at Target in the South Shore Plaza on November 23, 2012 in Braintree, Massachusetts. Black Friday, the start of the holiday shopping season, has traditionally been the busiest shopping day in the United States. (Photo by Allison Joyce/Getty Images)
Photograph by Allison Joyce — Getty Images

For Christmas this year, the U.S. might finally be given the sort of recovery we’ve all been waiting for.

Economists expect that following recessions, an economy should grow more quickly than than its long-term potential, so that growth eventually catches up to the pre-recession trend. Our most recent recovery, however, never lived up to this expectation, and the economy simply sputtered along rather than making up for lost time.

But Tuesday’s revision of GDP growth suggests the U.S. economy might finally be seeing the above-trend growth we’ve been waiting for. As Jim O’Sullivan of High Frequency Economics points out, other than in the first quarter of 2014, the economy has been growing at a 3.5% annual rate since the middle of last year. “We believe the trend in real growth is now at least 3 percent, and possibly even 3.5 percent. In any event, it’s above the potential growth rate, which is probably no more than 2 percent currently,” he writes.

There is some disappointing news packed into this analysis. As researchers at the Federal Reserve noted this week, the potential growth rate of the economy has most certainly been damaged by the financial crisis and subsequent recession, while many economists predict that the U.S. will grow slower in the coming years than the post World War II average simply because of the aging of the workforce and slowing population growth.


But if we are, in fact, growing above trend, that means the economy will be closer to reaching full employment—a necessary condition for rising wages.

And there are signs that this wage growth might be around the corner. While wage data in the monthly jobs report suggests that the average American’s pay is rising only fast enough to keep pace with inflation, Tuesday’s GDP numbers show private income rising at nearly twice that rate, likely because the Labor Department data leaves out income workers earn from sources like annual bonuses. Meanwhile, as the unemployment rate continues to fall, it’s expected that employers will have to respond to a tightening market by raising salaries.

And there’s reason for optimism beyond rising wages. Consumer confidence ticked down in November, but that was after a huge jump in October that placed the Conference Board’s index at a seven-year high. As Renaissance Macro’s Neil Dutta argues, the number of consumers expecting to buy a home has risen throughout the year, while the number expecting to buy major appliances is at its highest since 2010. This may have something to do with consistently declining gas prices. Since retail gas prices are 88 cents below their recent highs, Dutta argues that American consumers could end up saving a total of $119 billion over the next year, if prices stay this low.

With this price break coming just as the holiday shopping season ramps up, consumers might be willing to spend rather than save that money, giving an extra boost to the economy.

And finally, the housing market is showing signs of life. Tuesday’s Case-Shiller report demonstrated that while home price appreciation is continuing to slow, the trend is healthy. IHS Global Insights’ Patrick Newport called it a “good report,” arguing that the slowdown is due to added supply and fewer foreclosures rather than a weakening economy.

Meanwhile, the Census Department announced on Wednesday that new home sales increased 1.8% from last October, to an annual rate of 458,000 units. While this number is quite low by historical standards, the data show that the construction industry is continuing to recover, albeit slowly.

But economists believe that the main force holding back new sales and construction is simply the lack of household formation, which has yet to rebound in a significant way. But if wages begin to pick up in the final quarter of 2014 and next year, that could be a catalyst for young people to begin to move into their own homes, and for these data to recover to their pre-recession norms.