Taser, rival think their body cameras could have helped in Ferguson 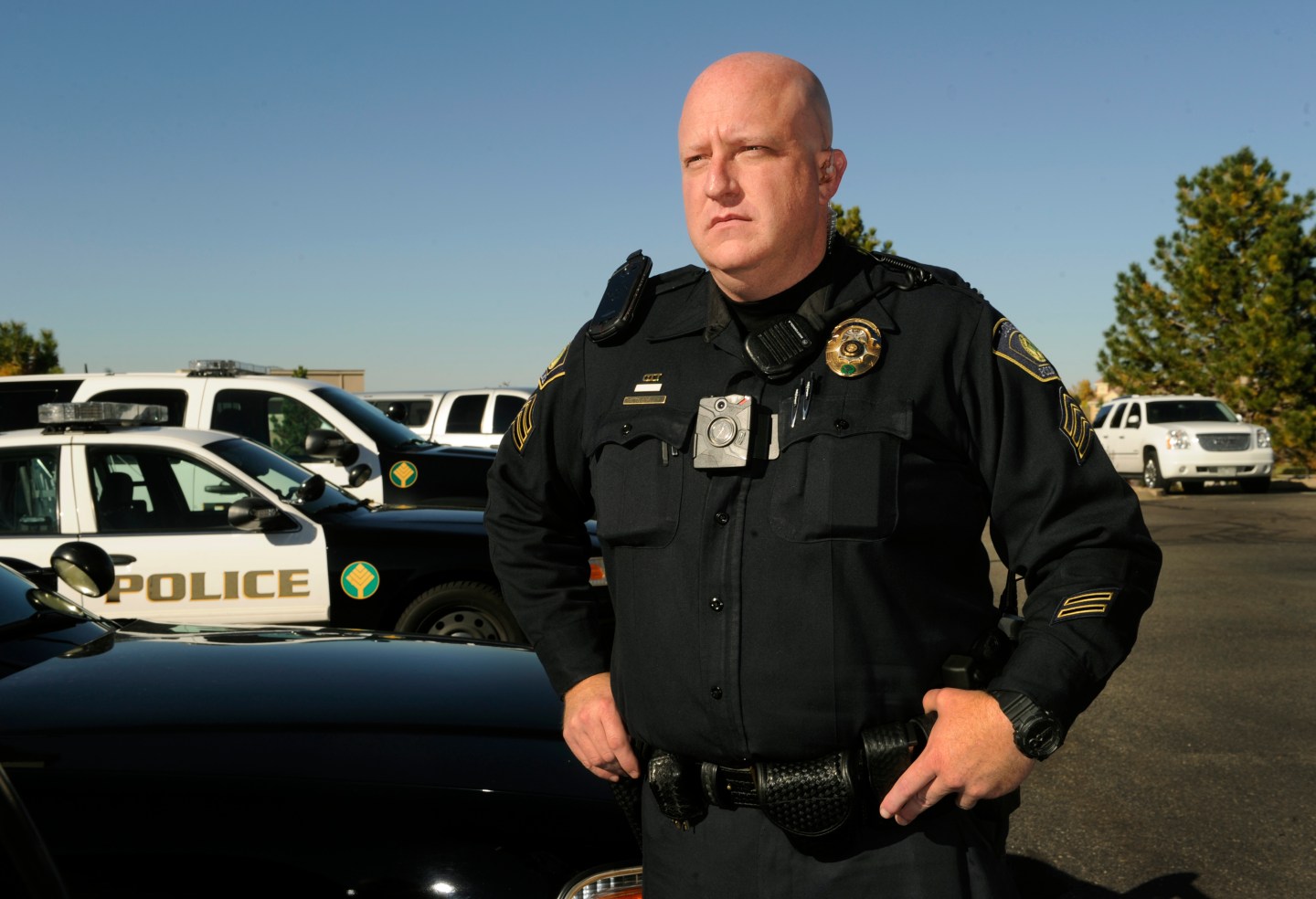 LONE TREE, CO. - OCTOBER 23: Lone Tree Patrol Sergeant John Crowley showed the Denver Post the Taser Axon camera that will be issued to all officers to record their interactions with the public. The photo was made Wednesday afternoon, October 23, 2013. Photo By Karl Gehring/The Denver Post via Getty Images
Photograph by Karl Gehring Denver Post — Getty Images

A St. Louis County grand jury’s decision Monday not to indict a police officer in Ferguson, Mo., over the fatal shooting of an unarmed teenager has led to demonstrations around the nation. The lack of camera footage means no one knows for sure exactly what happened when the controversial shooting took place. Would better technology have helped? Taser thinks so.

Taser, of course, is best known for the tiny stun guns carried by police and sometimes civilians, made particularly famous a few years ago when a student at the University of Florida screamed “Don’t tase me, bro!” at officers arresting him during a speech given by then-Sen. John Kerry. Now, though, Taser is looking get the word out that it’s more than just a weapons company.

In addition to those stun guns, Taser (TASR) sells Axon body-mounted cameras to police departments, and they’re used to record officer interactions with civilians. After an interaction is recorded, it’s automatically sent to Evidence.com, a cloud storage system run by Taser and built using technology provided by Amazon(AMZN).

Earlier this month, Scottsdale, Ariz., -based Taser announced its biggest client yet — the Los Angeles Police Department. Although the order hasn’t come in yet, Taser’s CEO Rick Smith said he thinks the agency will make Taser’s Axon cameras standard equipment for all officers. Smith said an official order from the LAPD would likely come before the end of the year.

The LAPD would be the first of the five biggest police departments to make the cameras standard issue. Taser has also added the business of a number of other big city police departments — including Pittsburgh and San Francisco — over the past year.

Of course, Taser is not the only company looking to capitalize on the increased focus on police technology. Utility Inc., based in Tucker, Ga., has been making wireless routers that are used in cars for years. Recently, though, it has brought to market an on-body camera that’s similar to Taser’s Axon.

“We have [departments] that are still using VHS tapes to store their video,” Smith said. “The better way to think, from a practical perspective, about law enforcement, isn’t like the surveillance state of advanced technology, it’s like your local city government. This is a small department.”

Smith said there is a particular market for Taser’s cameras and cloud service because it all comes in one user-friendly package, meaning police departments don’t have to go through the bureaucratic procurement process for cameras, storage or servers — instead, Taser takes care of it all.

Utility also uses an Amazon-based cloud storage system for its cameras. CEO Bob McKeeman said he considers his company’s technology to be “Second Generation” because turning on a squad car’s lights, or opening the door automatically activates the cameras. Taser plans on introducing similar technology early in 2015, with the added bonus that when one camera is triggered, other cameras in the vicinity will also turn on.

“We see it as inevitable,” he said. “Every police officer is going to have a body-worn camera.”