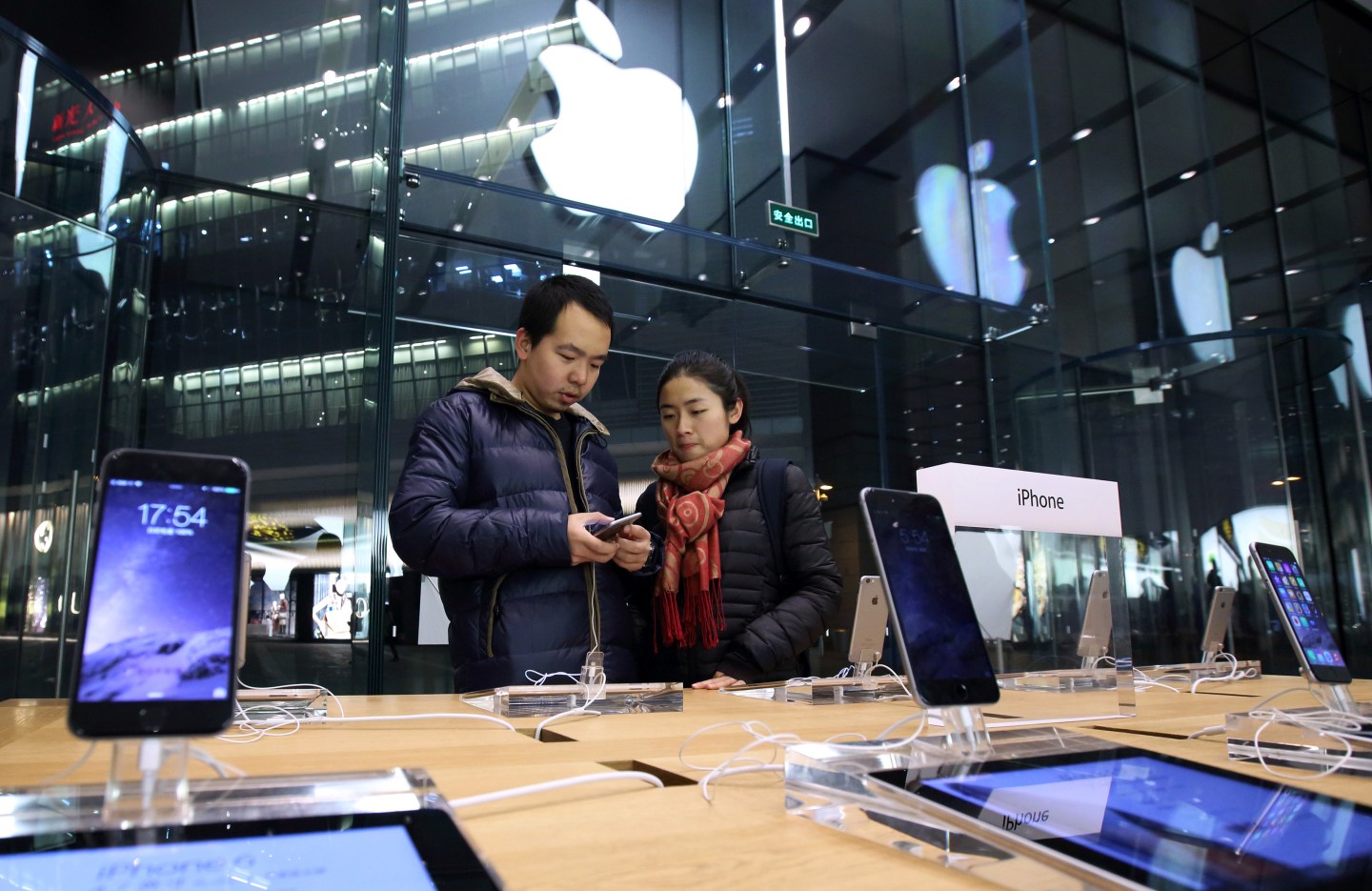 A couple look at an Apple Inc. iPhone 6 at an Apple store in the China Central Mall in Beijing, China, on Tuesday, Nov. 11, 2014. Apple, which ended the fiscal fourth quarter with $155.2 billion in cash, is forecasting a record holiday sales quarter after introducing new bigger-screen iPhones and slimmer iPads. Photographer: Tomohiro Ohsumi/Bloomberg via Getty Images
Photograph by Tomohiro Ohsumi — Bloomberg/Getty Images

Apple’s share price traded as high as $119.75, giving the technology company a first-time-ever market valuation just north of $700 billion. The tech giant’s market cap has doubled since Tim Cook took over as CEO three years ago when Steve Jobs stepped down from the role.

The company’s stock has hit several new record highs lately on the heels of September’s wildly successful launch of the iPhone 6 and iPhone 6 Plus. Apple (AAPL) shares have jumped by 21% since the company unveiled the new smartphones at a product event that also heralded the arrival of the much-hyped Apple Watch and the new Apple Pay mobile payments system.

The Apple Pay service became available last month, while the Apple Watch will go on sale in 2015.

But, the latest iterations of the iPhone have been driving up the company’s value since they went on sale in September and posted a record opening weekend by selling more than 10 million units. Apple is expected to keep selling those phones at a swift pace over the holiday season, with at least one analyst forecasting 71.5 million iPhone shipments in the fourth quarter.

At this point, Apple’s market cap is higher than the gross domestic product of all but 19 of the world’s countries, coming just behind Saudi Arabia (GDP of $745 billion) and ahead of Switzerland ($650 billion), according to data compiled by the World Bank.