Apple Pay is coming to town 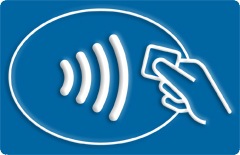 There’s no Starbucks in the small Western Massachusetts town where I live these days. No Whole Foods, either. No Bloomingdales, Macy’s or Disney Store. The nearest Apple Store is a 40-minute drive.

There is, however, a Staples, a MacDonalds, a Subway and a Walgreens.

I’m going to Walgreens because it’s walking distance, and because a company-wide memo leaked to MacRumors yesterday said its cashiers would be ready next Saturday to do business with my iPhone 6.

Apple Pay is coming to town, and I can’t wait to try it.

I’m a sucker for the friction-free economy. I use EZ-Pass at the toll booth, pay by app at Starbucks and deposit paper checks by iPhone. I’ve set up automatic deductions for every creditor that lets me, and I resent the ones that don’t.

So I have a date Saturday to buy something — anything — at Walgreens and settle my debt with Apple Pay. It’s the main reason I traded up from a perfectly good iPhone 5S last month, and it’s why I’ll probably buy an Apple Watch next year.

If it works — a big if on Day One of any mobile service, especially one with as many moving parts — checkout at Walgreens should be faster, more secure and more fun. And the line should move more quickly.

I believe that last bit — the line moving more quickly — is the feature that’s going to sell Apple Pay. At least for people like me, people who use credit cards even for small transactions because they don’t like to fish around for exact change, and who lose patience with people ahead of them who do.

Below: Apple’s list of stores that will be supporting Apple Pay’s initial rollout. Among those that won’t are Walmart, Target, Best Buy and Pizza Hut.