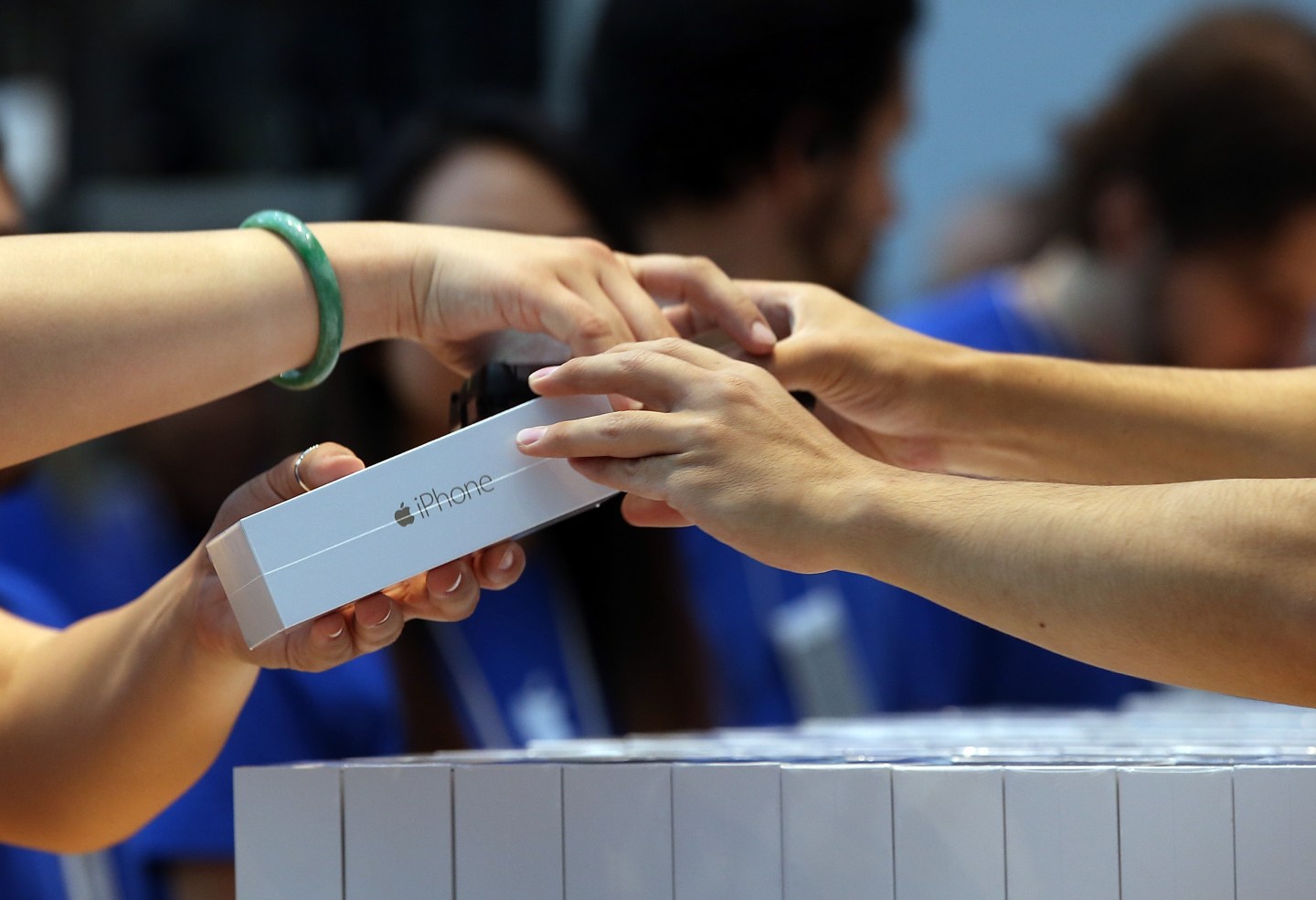 Apple said it sold over 10 million new iPhones over the weekend, a new record for the gadgets maker and results that exceeded the company’s expectations.

For those keeping track, the sales milestone isn’t a huge leap from a year ago: Apple in September 2013 said it sold nine million iPhone 5s and iPhone 5c models, at the time a record.

The latest launch kicked off on Friday across a handful of markets, including the U.S., Japan and the U.K., with more markets to be added this Friday. Apple expects to sell its newest iPhones in 115 countries by the end of the year.

Apple’s product launches typically generate strong early sales results and a lot of buzz–videos and news stories often focus on the long lines outside the electronics behemoth’s retail stores. Apple often touts such buzz, and even in the company press statement on Monday, CEO Tim Cook hinted demand was too hot to handle by saying “We could have sold many more iPhones with greater supply and we are working hard to fill orders as quickly as possible.”

Though Apple continues to churn out strong sales, the company has also been ceding some market share in the worldwide smartphone market as other rivals produce low-cost smartphones, which contrasts with Apple’s strategy to focus on more premium-priced gadgets. Apple’s worldwide smartphone market share, in terms of units shipped, stood at 11.7% in the second quarter of this year, down from 18.8% in the same quarter in 2011, according to research firm International Data Corporation. Samsung’s smartphones have taken some of Apple’s market share, though even that company has faced pressure as more affordable options hit shelves.