CryptocurrencyInvestingBanksReal Estate
Finance ·Best of the Year in Business

Apple, Pfizer, GM and other financial turkeys of 2014 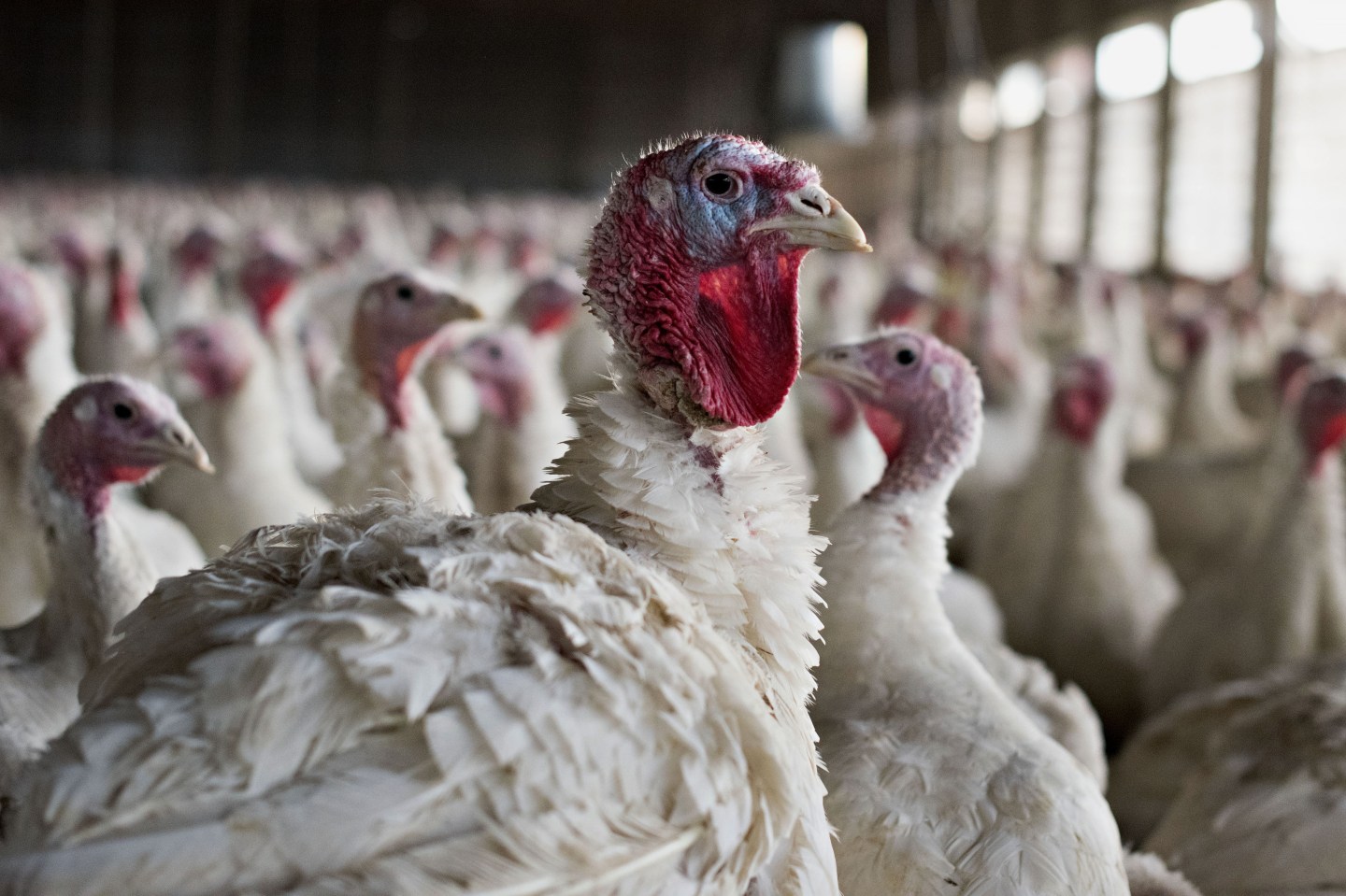 Thanksgiving, the quintessential American holiday, is almost upon us. That makes this an absolutely perfect time to talk about turkeys—of the financial variety, of course. We have an unusually plentiful flock this year, featuring giant companies that have fouled up badly.

The biggest 2014 turkey was drug giant Pfizer’s fumbling attempt to buy British-based AstraZeneca and move to England from the U.S. to take advantage of Britain’s lower corporate tax rate (20% compared to 35% here) and greater opportunities for various forms of tax avoidance.

Oops. Not only didn’t Pfizer get to buy AstraZeneca, which didn’t want to be acquired, but the inversion attempt by a household name company like Pfizer (PFE) woke up lots of people—including me—to what had been a slow but steady erosion of the U.S. corporate tax base by companies moving offshore.

Pfizer’s bungled deal touched off the current uproar over “corporate inversions,” which I (and subsequently President Obama) have taken to calling “desertions.” That uproar, which might actually prompt our alleged leaders in Washington to adopt a less irrational corporate tax code, is good for our country. But for Pfizer and its corporate kin, the AstraZeneca deal is a total turkey.

Now, a three-legged turkey, involving Apple (AAPL), Target (TGT), and Home Depot (HD). All of these enormous household-name companies somehow allowed hackers to cause grief for their customers, who will now trust them much less.


“Celebgate,” where private images of 26 naked celebrities stored on Apple’s iCloud made their way into the world via what Apple called a “very targeted attack,” undermines peoples’ faith in Apple’s cloud expertise. A very bad thing for Apple. The Target credit card fiasco has been well-chronicled. And then recently, some of us who had used Home Depot’s website got notices saying that our e-mail addresses had been compromised, but that we had nothing to worry about. Doesn’t exactly inspire confidence, does it?

General Motors (GM) managed to turn its problems with ignition switches into turkey hash. Faulty switches killed some GM customers and injured others, an abomination that predates current chief executive Mary Barra. But on Barra’s watch, GM has seemed clueless trying to figure out how to deal with the problem.

First, Barra kept promising to make things right. Then the company decided to try to avoid paying damages to some early victims by saying their potential claims had been wiped out in GM’s 2009 bankruptcy.

[fortune-brightcove videoid=3791119553001]
Now, compensation expert Kenneth Feinberg of 9/11 claims fame, hired by GM to try to resolve the problem of ignition-switch damages, is doing the moral thing and allowing some pre-bankruptcy claims. Tomorrow, who knows what GM will try to do? As the late New York Mets manager Casey Stengel is often believed to have said, but didn’t: can’t anyone here play this game?

The first is Steve Cohen, the mega-rich founder of the disgraced and disbanded SAC Capital Advisors hedge fund. Cohen has managed to escape criminal prosecution despite the fact that his former firm and several of his subordinates have copped pleas or been convicted. But rather than keeping his head down, as any smart adviser would tell him to do, Cohen is making a spectacle of himself by buying mega-expensive artwork, recently paying $101 million for “Chariot,” a Giacometti bronze sculpture.

If I were a prosecutor—or one of Cohen’s former high-ranking subordinates with criminal problems—watching him scarf up all this artwork would enrage me, and tempt me to go after him with all I’ve got.

The second potential turkey goes to retail investors who bought the $3.5 billion of euro-denominated bonds that Apple issued earlier this month. The interest rates that Apple is paying—1.082% for 8 years, 1.671% for 12 years—are well below what ultra-safe U.S. Treasury securities yield for similar maturities (2.16% and 2.45%). These Apple bonds have no meaningful upside (except possibly to traders), and have huge downside if interest rates rise only a little bit or if Apple has a hiccup. Maybe losers will be able to complain on iCloud…..

A FINAL NOTE: I turn 70 on Thanksgiving Day, so I’m really into the holiday this year. A happy Thanksgiving and great year-end holidays to all of you. And may you have a turkey-free portfolio.