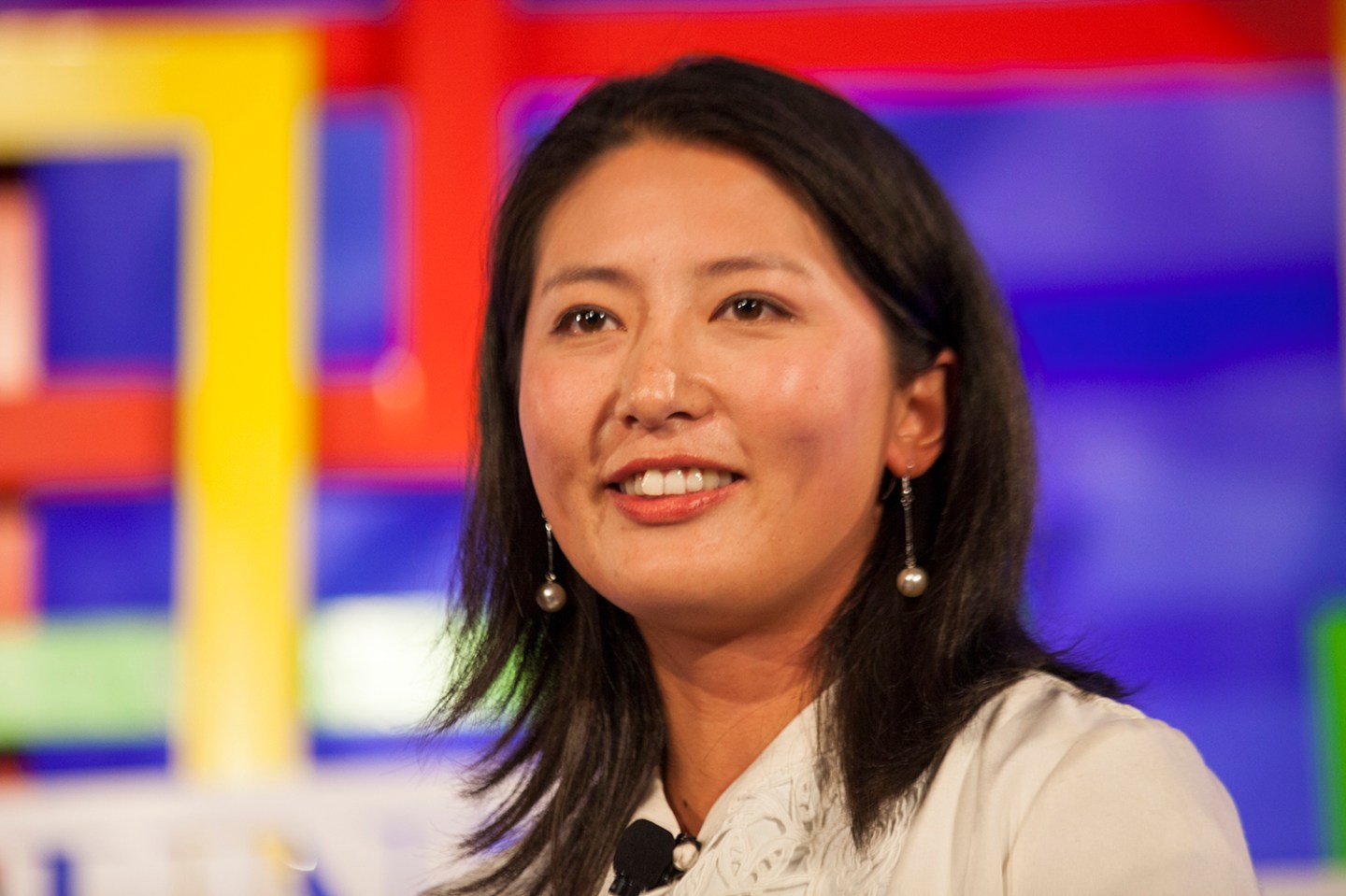 When Jennifer Li moved from General Motors (GM) to Baidu (BIDU) as chief financial officer in 2008, the stock of the Chinese Internet search company was selling for $21 a share. Today, the shares trade around $246. And Baidu, known as the Google (GOOG) of China, has a stock-market capitalization of $83 billion, vs. GM’s $50 billion. To succeed, “you have to take risks,” says Li, who would make Facebook (FB) Sheryl Sandberg proud. Li was around 40-years-old, with a husband and two children in Detroit, when she decided to leave GM for a company with a more exciting growth trajectory.

There’s a lesson here: Move when you’re young. “The older you get, the fewer risks you’re likely to take,” Li told me this morning in an interview at the Fortune Most Powerful Women International Summit in Hong Kong.

Embracing risk was the standout career tactic of the women leaders I interviewed on stage today at MPW International. Gina Qiao, who is SVP of human resources at Lenovo (LNVGY), started at the Beijing-based tech company as a secretary 24 years ago. In 2005, after Lenovo bought IBM’s (IBM) PC business in a historic deal (the first time a Chinese company acquired a large American workforce), Qiao moved to the U.S. without knowing any English. She studied English and rose through the ranks, assuming various senior marketing and strategy positions at Lenovo. Today, Qiao speaks English fluently and oversees 60,000 employees in 60 countries at a company that is now the world’s largest PC maker—and the world’s third-largest smart phone manufacturer, following Lenovo’s recent acquisition of Motorola Mobility from Google (GOOG).

These women and others on today’s MPW International program defied stereotypes and steep odds to thrive in corporate cultures that remain woefully male-dominated. The Summit’s last speaker stands out as a brave risk-taker like no other: Vicky Song, the first Chinese woman to sail around the globe. Four months ago, the 32-year-old Song completed the Clipper Round the World Yacht Race, a 45,000-mile, 11-month-long ultimate endurance test. When I asked Song what kept her going, she said that her mother, fighting liver cancer, vowed never to give up, as long as Vicky promised she would not give up either.

Song’s mother saw her finish the race in July. She died two weeks ago. But her daughter’s story endures, reminding us that sometimes what we need to succeed is a good motherly prod.