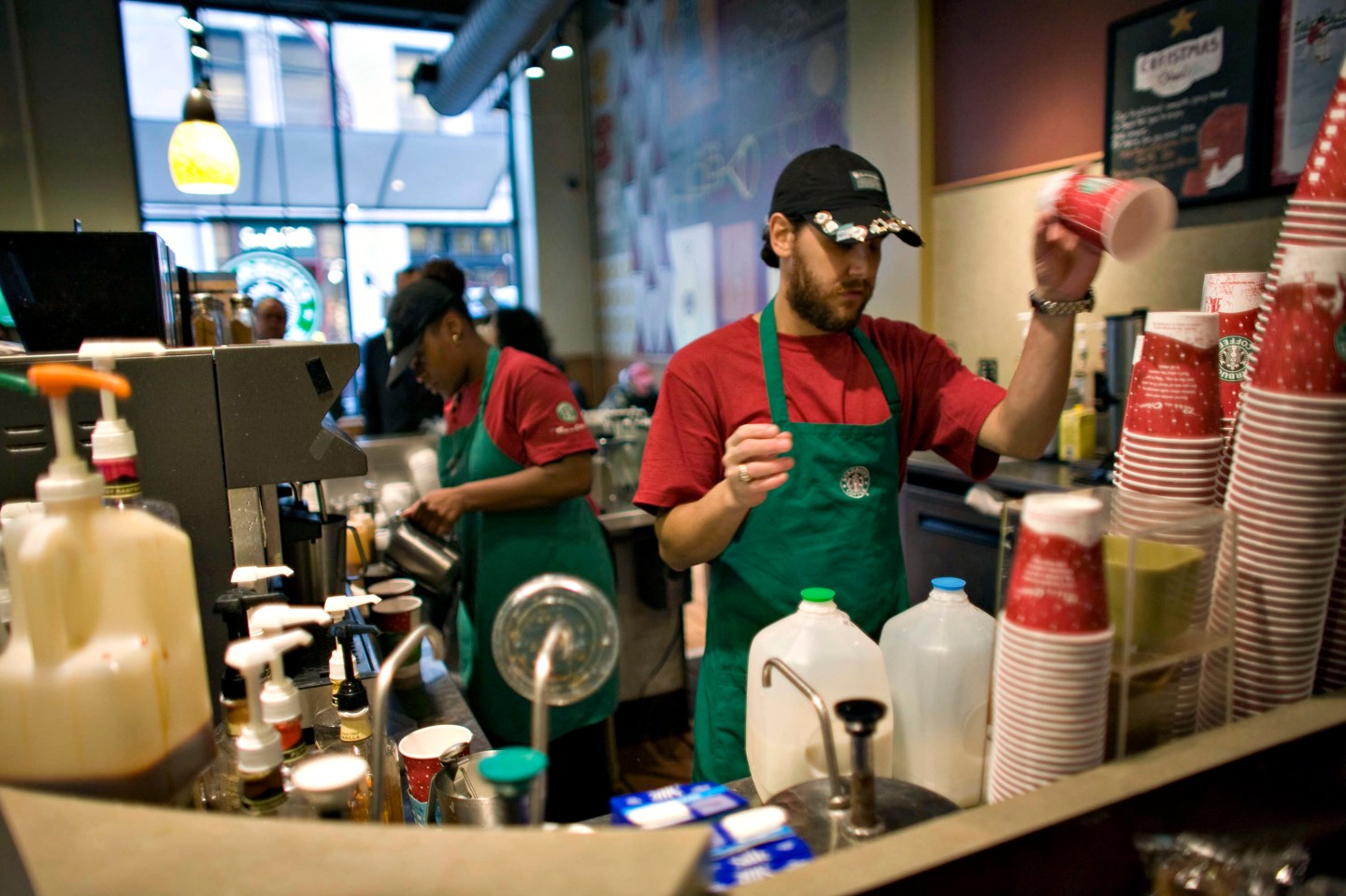 Starbucks has announced it will bring back the Eggnog Latte, USA Today reported, after customer complaints that the holiday favorite did not appear alongside the coffee chain’s red holiday cups on Nov. 1.

Starbucks (SBUX) had dropped the seasonal drink—made with spiced eggnog, espresso and nutmeg—in an effort to streamline its menu, but because it has been a seasonal offering since 1986, fans were not ready to give up their holiday treat.

Wait no more Eggnog Latte's at Starbucks? How does this happen? I will go to Pete's from now on!

@Starbucks dropped the eggnog latte from the menu??? WTF!!!! THat is why I gained 8 lbs last season!

Though customers in the Pacific Northwest have already seen the beverage return to menus, the rest of the country will have to wait until Nov. 17, when the coffee giant estimates it will be able to stock up on the necessary supplies.


The Seattle-based chain was also forced to bring back its other seasonal favorite, Gingerbread Latte, after retiring it in Pacific Northwestern stores (though it has remained stocked in the rest of the country).

Next year, Starbucks will know better than to mess with the sentimental ties to that time of year when we all need a little extra caffeine.