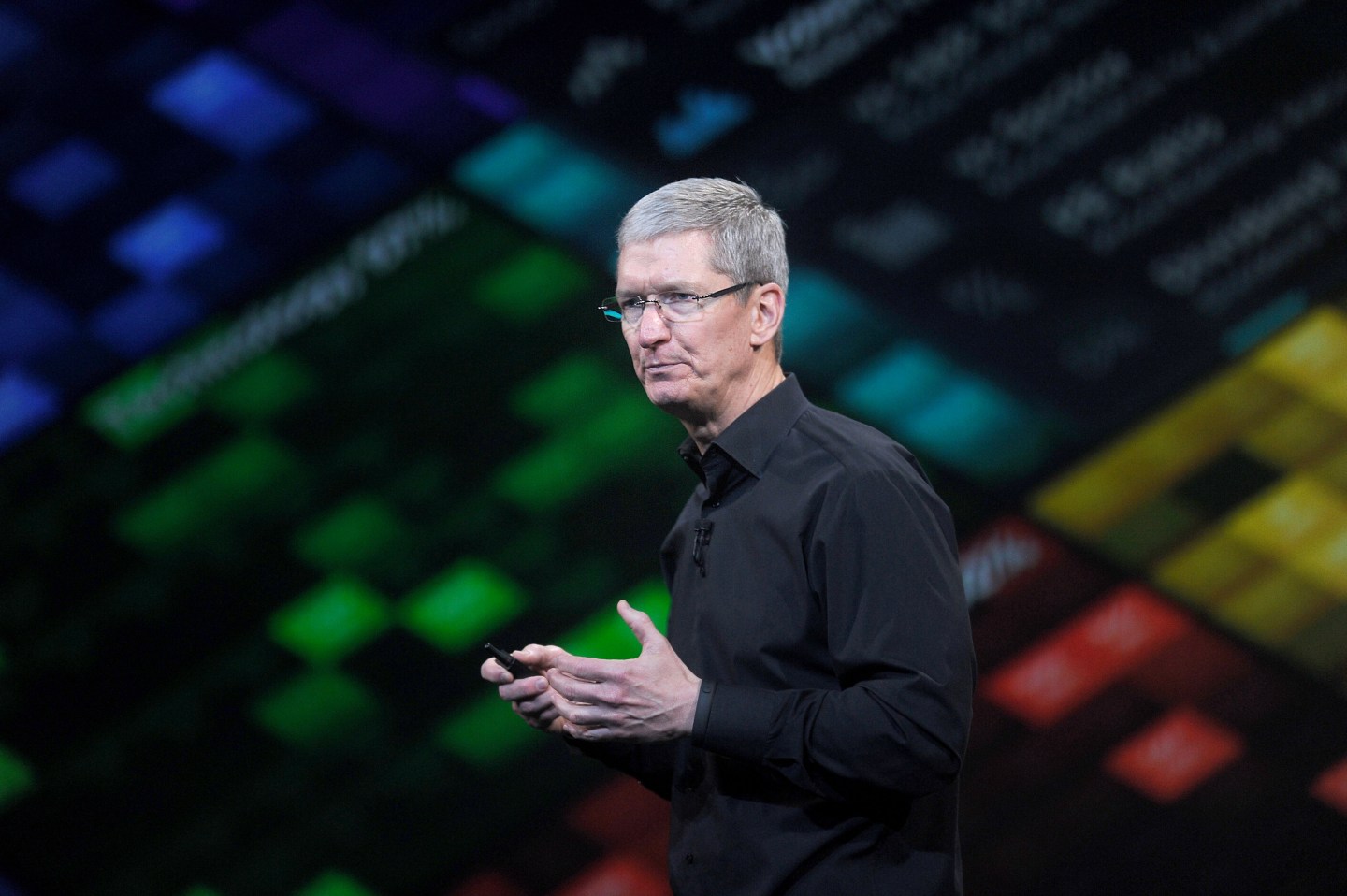 Cook, who said he is “proud to be gay,” joins a small list of openly gay chief executives who are leading, or have led, public companies.

Until today, there has not been a currently-serving openly gay CEO of a Fortune 500 company. While some leaders may be out in their personal lives — much like Cook — few in the corporate world have spoken publicly about it.

Part of that is due to the subtle stigma that still remains, despite significant advances.

Nearly 91% of Fortune 500 companies today have anti-discrimination policies that include sexual orientation. That’s up from 61% in 2002, according to the Human Rights Campaign.

But, there’s no federal law that protects against workplace discrimination when it comes to sexual orientation or gender identity, and homosexual acts between consenting adults is still illegal in 77 countries, John Browne wrote in his book titled “The Glass Closet: Why Coming Out is Good Business.”

A study by the HRC of 800 gay and lesbian workers across the U.S. found that 53% of employees were not out in the workplace. Many worry about quiet, yet insidious, discrimination, even if there’s a policy of acceptance. It is even more complicated for public CEOs when any statement or comment can become magnified — and impact share prices. In spite of that, some chief executives have decided to buck the trend and come out.

Here are 7 former and current public CEOs that are openly gay.

Browne led energy giant BP for nearly 12 years until he resigned as chief executive in 2007 after being outed by the U.K. tabloid the Daily Mail. At the time, Browne held the standard line for gay executives, saying, “I have always regarded my sexuality as a personal matter.”

He became the first person to lead a major publicly-traded company that has acknowledged his homosexuality.

“Looking back now, and with the enormous benefit of hindsight, I wish I had been brave enough to come out earlier,” wrote Browne in an essay for Fortune. “The reactions of friends and colleagues have shown that my worst fears would not have come true. But my desire to keep my private life led me to make some terrible errors of personal judgment.”

Hanson took the helm of American Eagle (AEO) in 2012, while he was openly gay. While he is no longer with the company (he is now CEO of privately-held jewelry company John Hardy), he said his sexual orientation didn’t cause reprisal from employees or shareholders.

Hardy has always been openly gay in his time in the business world and believes it hasn’t hindered his success, though he acknowledges his unique position.

“Remaining closeted is not, in most cases, due to a lack of courage, authenticity or integrity,” he wrote for Time. “This is their conundrum: They’ve been hired primarily to drive performance and deliver returns; but they are also supposed to serve as champions and role models for a wide swath of people, and do not want their sexual orientation to overwhelm or distract from their impact and tenure.”

Grenfell-Gardner has always been open about his sexual orientation, even before he got his current gig as CEO of IGI Laboratories, a maker of topical pharmaceuticals.

During the interview process, the board asked Grenfell-Gardner how his wife would feel about his highly-demanding job, reported the New York Times. He responded: “I don’t have a wife. I have a husband. And he wouldn’t mind.”

He got the job.

“I never thought being gay was an issue,” Grenfell-Gardner told the Times. “It shocks me that I’d be the first openly gay C.E.O. or that others would be reluctant to be identified as gay.”

Burgess’ bank C1 Financial hit a milestone this year with the company’s $44.7 million initial public offering. His sexual orientation was no mystery to investors buying into the company, as Burgess listed his spouse on the S-1 filing since he held a portion of the company’s stock. The listing in the Securities and Exchange filing wouldn’t even have been necessary before last year when the Supreme Court extended federal benefits to same-sex couples.

Earlier in his career, Burgess worked as an investment banker at Morgan Stanley for 10 years. He remained openly gay throughout his time there, but realized that wasn’t the norm.

“I realized there were plenty of gay executives there, including a group of fairly senior people,” he told the New York Times. “They just weren’t out. People would ask them if they were married, and they’d say, ‘I’m married to my job.’ Everyone knew they were gay but it was never acknowledged.”

Jeffries has helmed the 122-year-old retailer since 1992 and is credited with transforming Abercrombie & Fitch (ANF) from a stuffy hunting company where Teddy Roosevelt once shopped to a relevant teenage brand.

Jeffries was once married, but is now openly gay and has been with his current partner for nearly a decade.

McGregor has led London-listed Camco Clean Energy, a sustainability specialist, since 2009. He was named to the Financial Times’ top OUTstanding in business list both last year and again this year, which acknowledges the top lesbian and gay leaders. Everyone who made the list was a willing participant and judged based on five criteria, including being a role model and his or her success.

He primarily stays out of the spotlight, and has not commented on his sexual orientation to the media. McGregor has previously worked in finance and development for Rio Tinto (RIO), Merrill Lynch and Skype Technologies.

Senk served as chief executive of the hip retailer, which includes brands Anthropologie and Free People, for almost five years. He was never closeted and held the top role there while publicly acknowledging his sexual orientation. Senk said he never felt any animosity or negativity because of it, although he does acknowledge that being gay in the retail world is less of a liability.

“One reason I went into the industry I chose is I felt it would be easier than investment banking. It was gay-friendly when I joined it,” Senk told a Wharton School of Business publication. “I wish I had had a role model when I was in college telling me it was OK to be who you are, and you can do anything you want.”

Senk is now teaming up with Berkshire Partners on co-investing initiatives in innovative, high-growth retail businesses.