Target thinks outside the (big) box 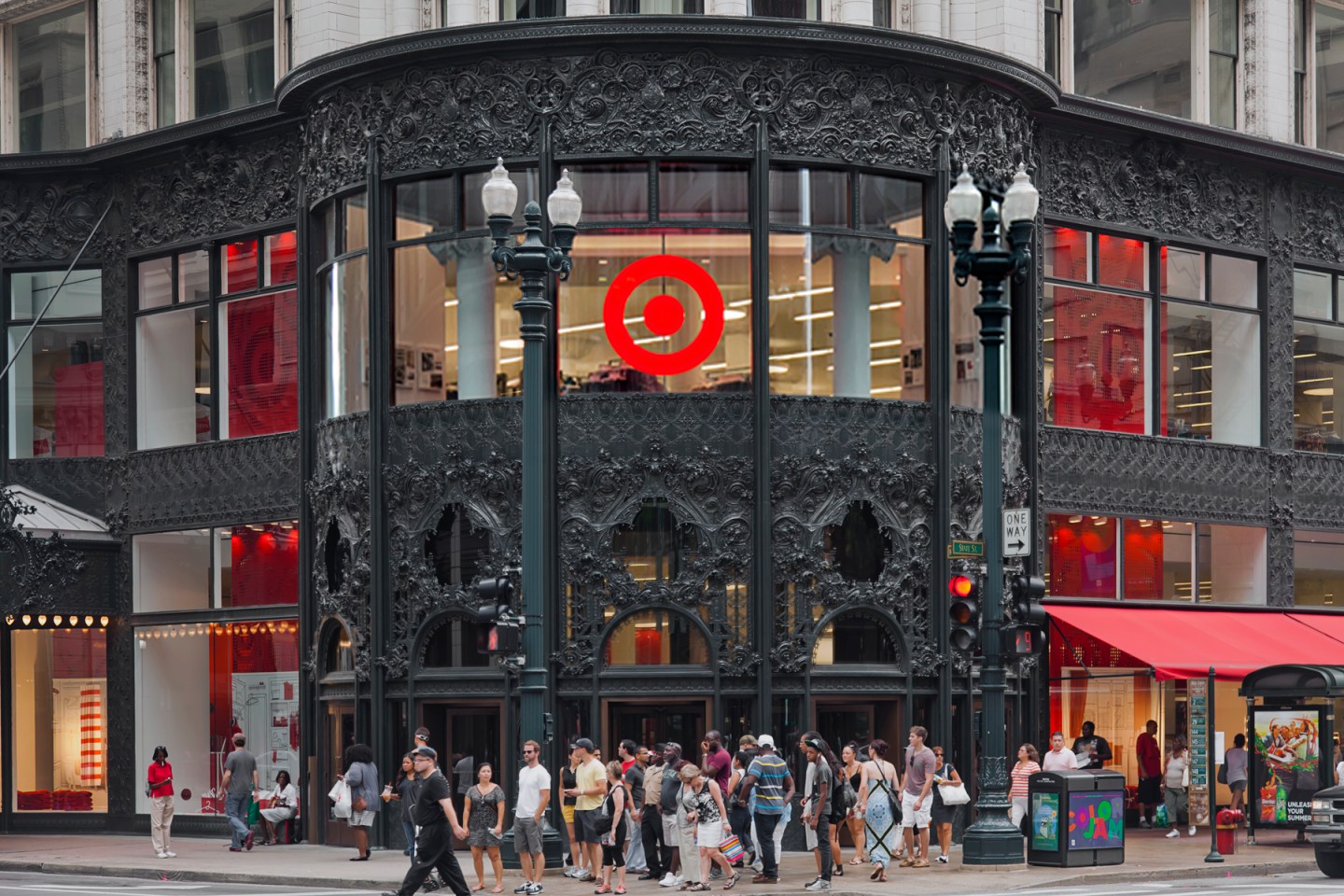 Target (TGT) is betting that smaller is sometimes better.

The discount retailer has exclusively told Fortune that it plans in 2016 to open a CityTarget store in the City Point development in Brooklyn, New York. It’s the biggest market yet for the urban-store concept at the heart of the chain’s strategy to re-ignite sales growth: using new, flexible formats—city stores that are a bit more compact than their suburban counterparts, along with much smaller quick-service stores—to more easily reach both new, affluent customers and existing ones at a time when there seems to be limited room in the market for more of its nearly 1,800 traditional big-box stores.

In parallel to the CityTarget expansion—there are eight such stores now in places such as downtown Seattle and San Francisco, with another in Boston’s Fenway area coming next year, Target is also adding five more (four in California, one in St. Paul, Minn.) TargetExpress stores, small 20,000 square-foot locations, next year, expanding a format launched in July in its hometown of Minneapolis.

The tight-lipped Target won’t say how many stores it ultimately thinks it can open in each format, preferring to test and fine-tune the concepts first. In any case, it would take a few years before such a small number of locations could move the needle. But Target is clearly putting a lot of effort into this because, if done right, these formats could be a new source of growth for a retailer whose U.S. comparable sales have stalled, and whose Canadian expansion has been a disappointment so far.

“U.S. consumers are moving back to cities. We have to make sure we have a footprint in that environment,” Target CEO Brian Cornell told Fortune. “If we have an opportunity and we find the right footprint and the right format, we’re going to follow the consumer.” Cornell took the reins in August, replacing Target veteran Gregg Steinhafel.

The new format push comes as plenty of rivals, from Wal-Mart Stores (WMT) to Ulta Beauty (ULTA), and Kohl’s (KSS) to grocer Wegmans, also discover the benefits of smaller formats. Wal-Mart last week said it planned to open 200 more smaller-format Neighborhood Market grocery stores next year, bringing the total to 700 or so. It is easy to see why: while Walmart’s super centers have struggled, comparable sales at its smaller stores have risen for 15 straight months.

What’s more, drugstore chains like Walgreens (WAG) and CVS/pharmacy (CVS) have radically improved and expanded their selection of food and already operate thousands of stores in urban and other densely populated centers, adding to the urgency for Target to seize the opportunity.

Target’s rethinking of its stores isn’t limited to these new formats, however. At its mainstay stores, Target is busy making improvements too. For example, the company has set up mannequins at 50 stores to showcase clothes to make it easier for shoppers to picture a look, and will soon have them at another 600, said Sarah Amundsen, senior director of store planning and design. Target is also introducing beauty concierges, or brand agnostic consultants who will make product recommendations—a good idea at a time everyone from Kohl’s to Walgreens seems to be doubling down on beauty.

Not running off and building countless stores yet

Target is leasing 125,000 square-feet for the Brooklyn CityTarget store, making it slightly smaller than a conventional Target store, typically 135,000 square-feet in size. The idea of a CityTarget, the first of which were opened in 2012, is to be an edited version of what customers are used to finding in a suburban big box Target, but with an assortment reflecting the fact that many city dwellers don’t own cars and have smaller apartments. So no bulky items like patio furniture or 12-packs of paper towels but more prepared sandwiches for harried commuters. And in places like Seattle and San Francisco, much of the assortment is aimed at tourists.

Target’s hunch that urban centers are full of opportunity is supported by Kantar Retail data. The consulting firm’s research found that 13% of Target shoppers are city dwellers and that the average urban Target shopper goes to a Target 2.3 times a month, compared to 1.8 times for a suburbanite. So urban stores will help Target grab business from customers who might skip some store visits because going to the nearest full-size store is too much of a schlep. “We know our (urban) guests shop our stores,” said Scott Nelson, senior vice president of property development. “They just have to travel a lot further to get there.”

Analyst Craig Johnson of Customer Growth Partners figures the retailer could eventually open about 50 CityTarget stores. But given high city rents, and the complexity of configuring stores in older buildings, especially when a store has to be laid out over a few floors, which customers dislike, means choice spots are hard to come by, he said. Still, for Target to keep expanding, it needs to pursue these new formats. “There are simply not a lot of parcels of land where you can build a regular Target,” Johnson said.

It’s much easier to find room for TargetExpress stores given their size. But that also makes figuring out the assortment there harder. At the TargetExpress in Minneapolis, near the University of Minnesota, the company is emphasizing a big assortment of grab-and-go food and beverages to cater to students. It also boasts grocery items like milk and fresh meat, and beauty products, along with items one would find at a full-size Target, such as portable headphones, said Kamau Witherspoon, senior director of store operations.

But it’s still a hard trick to pull off in such a small space. “It can’t be everything you want under one roof,” said Kantar Retail senior analyst Amy Koo. And fresh food is essential to getting the foot traffic a TargetExpress needs to be viable, and that category is neither high margin nor really something Target has mastered yet, she said. Still, she said the new formats are full of promise.

Finding the right balance is easier said than done. Just look at Wal-Mart’s experience. At its 22 smaller Neighborhood Market stores (recently rebranded from their earlier Walmart Express name), which it started testing in 2011, Walmart is cutting down on items like housewares, or picture frames and shower curtains, and offering more fresh food, bakery goods, and produce, along with more self-checkouts. Wal-Mart CEO Doug McMillon told investors last week that his company has to be “judicious” about new stores and needs to get the merchandise mix right “before we end up with thousands of them.”

Over at Target, Cornell, who said he is “very encouraged” by the new formats thus far, echoed that note of caution.

“We’re not running off and building hundreds of stores. We’re going to test and refine,” Cornell said.