Apple’s iPad/iMac event: What the analysts are saying 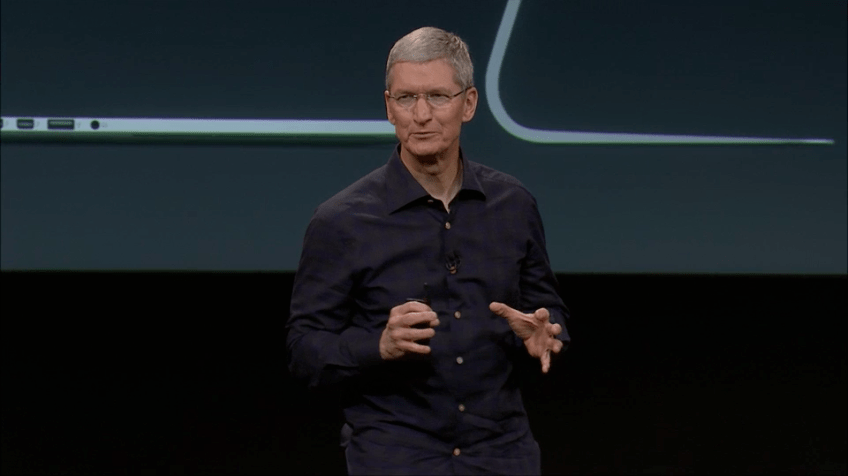 Brian White, Cantor Fitzgerald: A Shockingly Thin iPad Air 2 Unveiled and an Amazing View with 5K iMac. “Apple just wrapped up its special event in Cupertino, unveiling the iPad Air 2, iPad mini 3, a 27-inch iMac with Retina 5K display and announced that Apple Pay will be available on Monday. Finishing up this action-packed week, the iPhone 6/6 Plus go on sale in just a few hours (Friday, 10/17) in China. With another round of innovations announced today, we believe Apple is in the midst of what we view as a “super cycle” that we expect will keep the stock heading in an upward trajectory.” Buy. $123.

William Power, Baird: Solid iPad and iMac Upgrades, Though No Surprises. “Apple held an event in Cupertino to announce its latest iPads and iMacs, which were largely in line with expectations. Perhaps more significantly, Apple Pay is scheduled to go live on Monday, opening a new chapter for the Apple ecosystem… The company announced that it now has 220,000 U.S. retail locations and 500 banks on board to support it at launch. That said, it’s still missing many big-name retailers, which could limit adoption out of the gate.” Outperform. $112.

Gene Munster, Piper Jaffray: Rounding Out Product Line With Necessary Updates; Focus Remains On iPhone. “Apple introduced a number of incremental updates to iPad, Mac, and OSX today including iPad Air 2, iPad Mini 3, iMac with Retina 5K Display, and Yosemite. We believe these updates are important because they impact about 30% of Apple’s total business and, although the updates weren’t as exciting as those from the iPhone 6 launch, were necessary to keep the iPad and Mac lines fresh. We continue to believe the focus on AAPL will be iPhone unit sales and ASPs heading into the Dec-14 quarter, momentum of Apple Pay, and the launch of the Watch next year. We remain buyers ahead of the company’s 10/20 earnings report based on our belief that the company will offer strong Dec-14 guidance.” Overweight. $120.

Maynard Um, UBS: iPad And Mac Event Largely As Expected. “Apple announced that it had sold 225MM iPads as of FQ3, outpacing the broader PC industry. The new iPad Air 2 is the thinnest tablet on the market at 6.1mm. The Air 2 tablets have been upgraded with the new A8X processor (newer version of chip in the 6/6Plus) along with the upgraded M8 motion processor… The iPads have improved Wi-Fi and LTE connectivity for faster data speeds. We note the addition of TouchID, but no NFC so Apple Pay cannot be used at retail outlets, just online. Valuation range: $89 – $99.

Jim Suva, Citi: Live in Cupertino from Apple Headquarters… “Mac OS X Yosemite available in Mac Store today for free and provides tighter integration with devices which run iOS 8. iOS 8.1 will be available on Monday and will have Apple Pay included in it. On Apple Pay, more than 500 banks have signed up to offer Apple Pay with more than 220,000 retailers supporting it and additional retailers being added over the next few months. Apple Watch – Still expected to launch in early 2015 but WatchKit for developers will launch in November.” Buy. $120.

Steven Milunovich, UBS: New iPads Probably Insufficient to Jumpstart Sales; Is There a Convertible in the Wings? “iPad volumes have gone flat (to be generous). The iPad suffers from longer upgrade cycles than phones and being caught in the middle as phablets move up and the functional delineation versus PCs sharpens. The IBM relationship helps increase corporate penetration but could be insufficient. We think Apple may need to further blur the PC/tablet line by introducing a 13-inch tablet as a convertible with multitasking and file management capabilities of taking on PC tasks.” Buy. $115.

Rod Hall, J.P. Morgan: No Surprises. “Though our Apple TV update hopes weren’t realized the company did polish up the lineup to position themselves well for the holiday buying season. No significant new numbers on the iPhone were provided. We believe that market iPhone expectations are moving toward the top of what is possible though we remain bullish on Apple’s ability to deliver better than expected earnings in 2015.” Overweight. $112.

Amit Daryanani, RBC: iPad Refreshes in Line with Expectations, Though Missing the 13″ iPad. “There were no real surprises at the event as AAPL refreshed its iPad line-up in line with expectations. Incrementally, AAPL noted that AAPL Pay will go live on Monday (Oct. 20) and initial iPhone 6/6+ sales have surpassed the prior high-water mark ‘by a lot’… In our view, multiple catalysts remain: 1) iPhone 6 demand – China Release October 17; 2) potential ASP and gross margin increases; 3) Apple Watch sales; and 4) potential recurring revenue from Apple Pay transactions, beginning October 20.” Outperform. $114.

Robert Cihra, Evercore: iPad Cycling. “We continue to forecast Apple’s iPad units falling -11%Y/Y in CY14 vs. +13%Y/Y in CY13, but then recovering back to at least +2%Y/Y growth in CY15 w/ upside. We think iPad minis face some headwind from cannibalization by the new iPhone 6 Plus phablet, but then see tailwinds for the high-end as Apple gets set to launch a next-gen larger-screen 12.9” iPad likely 1HCY15. We think this iPad “Pro” will be built w/ higher- performance specs, start Apple’s move to hybrid iOS+Mac OS and can expressly target the still-underpenetrated enterprise market, with timing that lines up well to take advantage of Apple’s new development partnership with IBM and focus on vertical market apps.” Buy $125.

Brian Colello, Morningstar: Apple Announces New iPads, While the 5k iMac Retina Screen May Hint at a TV. “We view the product refreshes as solid, incremental improvements to existing products,with pricing and features in line with our prior expectations. Our only real surprise was the quality of the retina as its 5k display has more pixels than even the most-advanced Ultra HD TVs. We view this 5K display as the type of high-quality (and likely high-priced) screen that Apple will likely include in any potential full TV products. Meanwhile, we continue to believe that Apple Pay, iOS 8 and Yosemite will help Apple provide top-notch software and services that will enable Apple to earn premium pricing on hardware sales and keep customers loyal to the Apple ecosystem.” Fair value: $93.