The new Cold War on Business 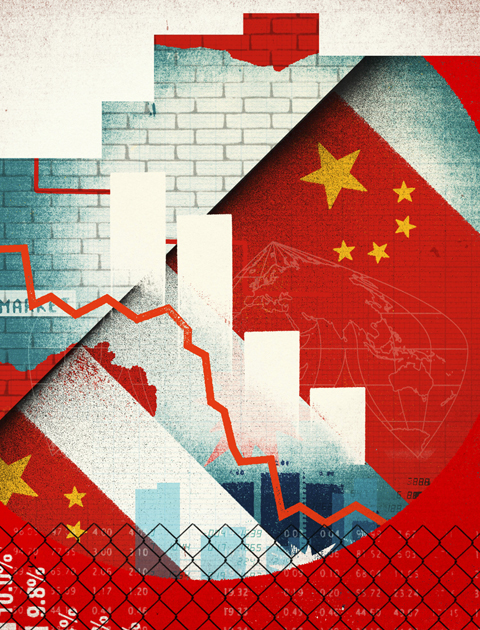 After authorities cracked down on the massive pro-democracy protests in Hong Kong that began in late September, a British firm that provides tear gas to Hong Kong’s police decided to review its sales policy. The optics of the situation, perhaps, made that an obvious public relations decision. But the underlying risk of spreading tensions isn’t limited to traditional politically sensitive industries: In the wake of recent crises every globally oriented Western company should be rethinking its strategy too.

For nations, the geopolitical fireworks—the most incendiary since the fall of the Berlin Wall—don’t add up to a new East-West conflict. No one is talking about a nuclear standoff with Moscow, and Beijing lacks Vladimir Putin’s inclination for conflict with the West.

But corporations face a different reality, as political shifts in China and Russia drive an emerging Cold War on business. China and Russia are intruding into the marketplace on a scale unseen since “globalization” became a buzzword. Beijing has initiated state investigations into dozens of Fortune 500 companies for “monopolistic activity.” In Russia, ratcheting up sanctions over the escalating Ukraine conflict has prompted a frantic unwinding of U.S. business ties. Capital flight from Russia hit $75 billion in the first half of this year, outpacing all of 2013. Moscow has banned food exports from the West and floated legislation that would allow the seizure of foreign assets.

President Xi Jinping of China (left) and Russian President Vladimir Putin shake on the deal in May in Shanghai.Photo By: Sasha Mordovets— Getty Images

Western companies benefit from a globalized marketplace backstopped by universal values that allows them to improve supply chains and reach new customers. They are engineered to compete with other corporations, not governments. Clashing states will force many companies to make painful choices about how they do business—and where.

An uneven playing field in China isn’t new, as anyone who has experienced China’s intellectual property “protections” can attest. Nonetheless, investing in China’s growing consumer class and deep labor force has felt like an overwhelming win-win for Western companies and domestic challengers. But that is quickly changing. After 35 years of unabated growth in China, foreign companies are becoming more expendable. The country’s domestic firms are more sophisticated and competitive in more industries. China is not as hungry for cash or lower-scale technology; foreign competitors have to pay a steeper price for access. In a recent poll, 60% of foreign companies “feel less welcome in China than before”—up from 41% just last year. Foreign direct investment in China plummeted to its lowest level in four years last August. (See “Beijing Pulls Back the Welcome Mat“)

Against this backdrop, President Xi Jinping’s transformational economic agenda is a shock wave for Western firms. Structural reforms, anti-corruption efforts, and financial liberalization could one day make the Chinese market more attractive to foreign companies. For the moment, though, they’ve made the business terrain far less certain.

In order to build support for opening the economy, Xi is clamping down politically and looking to deflect pressure. Hong Kong is caught in the cross hairs. As mainland growth has surged, the city-state has become less economically crucial for Beijing, falling from 15% of China’s GDP in 1997 to less than 3% today. At the same time, Xi is warier of political dissent and Western-style governance than ever before. He has zero tolerance for the sort of political concessions protesters are demanding. Foreign companies operating in China face similar headwinds. Beijing is willing to scapegoat Western firms to appease domestic losers in economic overhauls.

Under President Putin’s leadership, Russia has responded to a cratering relationship with the U.S. by cutting off its nose to spite its face. Sanctions will take a painful toll on U.S.-oriented Russian firms. Their cost of capital has risen, and Russia’s ability to maintain oil production at current levels over the next five to 10 years is in question. Whatever the answer, Putin will stay the course. Indeed, his approval ratings at home remain sky-high. Domestic food producers view the food ban as an opportunity, and for the rest of Russia it will necessitate price hikes and imports from riskier places. (See “The Putin Paradox“)

As China and Russia pivot toward each other, American businesses—and their universal economic values—will struggle to maintain a global foothold.

Western multinationals will increasingly pay the price for geopolitics beyond their control. For example, all signs point to Russian involvement in the recent cyberattack on J.P. Morgan Chase; with 83 million households and businesses affected, it’s one of the most extreme in history. Given the Russian government’s means (well-developed financial hacking expertise) and motive (revenge for American sanctions), this is likely to be just the tip of the iceberg for American companies that will absorb the brunt of Russia’s cyberbarrage.

Washington is no bystander in this game. The American government has played favorites and injected national interest into the IT sector. Google left China amid cyberattacks, pressure to release user information, and Beijing’s favoritism for Baidu. But the Snowden leaks have revealed similar behavior from Washington, which has pressured technology companies to comply with NSA-driven surveillance initiatives. And based on concerns from U.S. intelligence agencies, regulators have tried to prevent Chinese telecom giant Huawei from selling its equipment in the U.S.

For now, most major Western companies in China are riding out the latest storm, concluding that the potential for profit justifies the risk. (In a telling capitulation, Apple CEO Tim Cook expressed “sincere apologies” in the wake of Beijing’s media campaign against his company last year.) Other companies, however, are scaling back or altogether giving up on their China business. Adobe, for instance, is and closing down its R&D in the country.

And as Moscow burns bridges with the West, it is building pipelines to China. A 30-year, $400 billion gas deal—long stalled in negotiations—was rapidly finalized after Moscow dropped its asking price because of deteriorating relations with the West. Russia has also invited Chinese investors into the strategic Vankor oil project in East Siberia. China, for its part, is happy to lock in bargain prices on Russian energy.

A New Axis of Energy: Russia’s Gazprom is building a pipeline to China that will move $400 billion of natural gas over 30 years.Map Source: Gazprom

Russia and China, the two most important points of resistance to a rule-based global marketplace, are now working more closely together. As China and Russia pivot toward each other, American businesses—and their universal economic values—will struggle to maintain a global foothold.

The Soviet-American clash forced nations to choose sides, even if they would have been better off collaborating. The emerging Cold War on business will leave many companies in a similar bind. For companies hardwired to “go global,” these new threats to their very existence in crucial markets should sound major alarms.

Ian Bremmer is the president of Eurasia Group and a global research professor at New York University. Follow him on Twitter @ianbremmer

An earlier version of this story stated incorrectly that Adobe is closing its headquarters in China. This post has been updated.