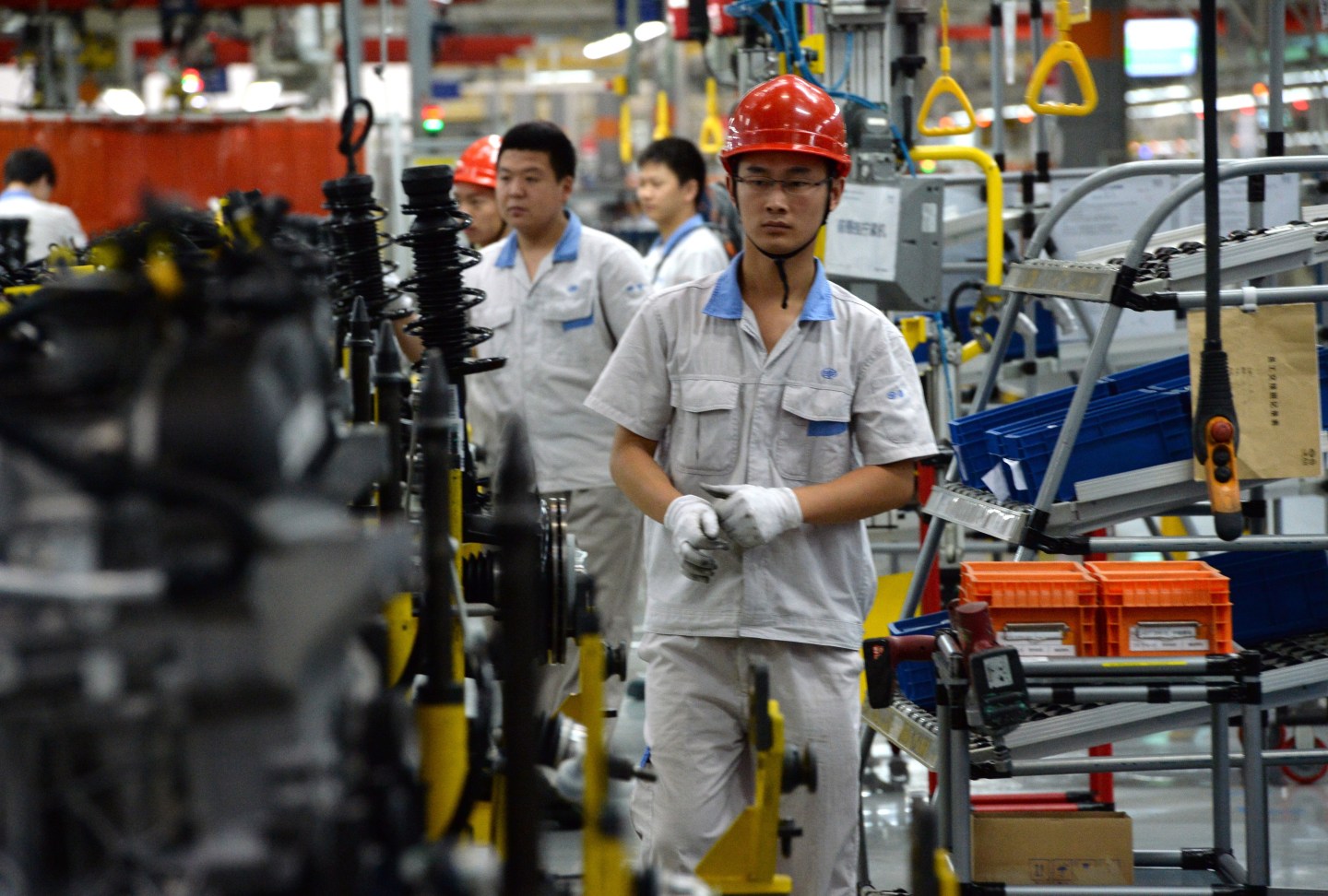 The latest economic reading out of China is flashing yellow.

Foreign direct investment, or the amount of money foreign businesses plow into Chinese operations via mergers, acquisitions and capital investments, hit a 2-and-a-half-year low in the country. The January-Aug. period fell almost 2% from a year earlier to $78 billion, according to China’s Ministry of Commerce. The smart money, or at least the kind making bets on China, is acting cautious.

The headlines coming out of China over the past few months begin to tell the story. The Chinese economy has been slowing for the better part of a year. In August, factory growth fell to its lowest point since 2008. Soft reads on economic data in July and August indicated that China reaching its goal of 7.5% GDP growth for 2014 will be difficult, after already posting 7.4% and 7.5% GDP growth in the first and second quarters respectively. Foreigners might be reacting cautiously.

The weak investment data might also be a symptom of a harsher landscape for foreign businesses in China.

While a Chinese Commerce Ministry spokesman was quick to say there was “no relation” between the falling levels of FDI and Chinese regulators’ investigations into Western companies, many observers have made the link. Western business groups including the American Chamber of Commerce in China have said foreign businesses feel more pressured. Sixty percent of company respondents to a recent U.S. Chamber survey said they felt less welcome than a year before. After antimonopoly probes into foreign automakers this year, Volkswagen’s Audi, Daimler’s Mercedes-Benz, Fiat’s Chrysler and other automakers have paid fines.

Meanwhile, amid the glum outlook for investment in China, China’s outbound investments around the world increased more than 15% in the first eight months of the year to hit $65 billion.