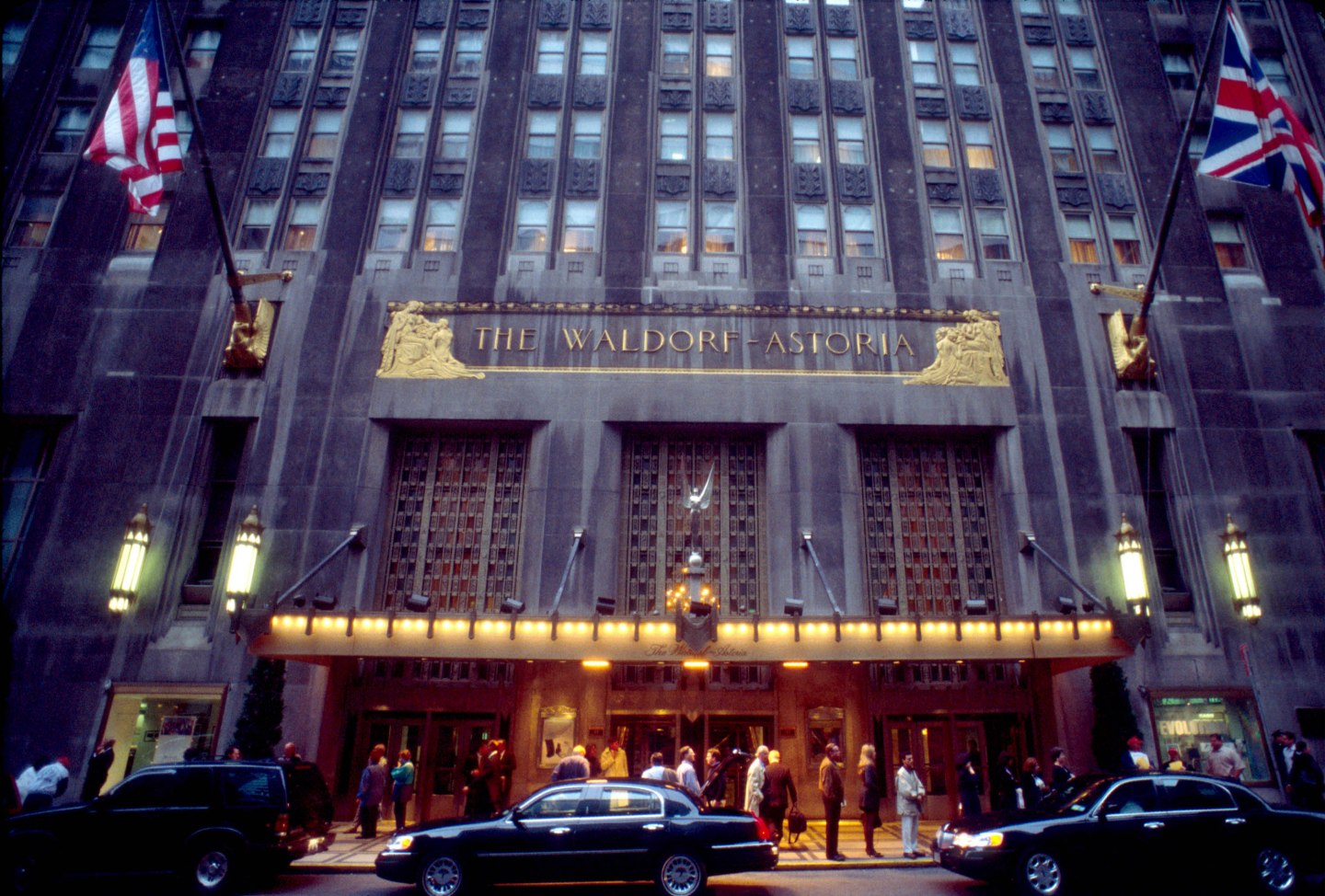 Another iconic New York City landmark has been snapped up by foreign investors.

Hilton Worldwide Holdings said Monday it is selling the Waldorf Astoria New York to China’s Anbang Insurance Group for $1.95 billion. The Art Deco luxury hotel, which has been open for business in Midtown Manhattan since 1931, will undergo a major renovation as part of a deal that includes a management agreement to keep Hilton operating the historic property for the next 100 years.

“We are very excited to be entering into this long-term relationship with Anbang, which will ensure that the Waldorf Astoria New York represents the brand’s world-class standards for generations to come. This relationship represents a unique opportunity for our organizations to work together to finally maximize the full value of this iconic asset on a full city block in midtown Manhattan,” Hilton Worldwide CEO Christopher Nassetta said in a statement.

Proceeds from the sale of the 47-story, 1,232-room hotel will be put toward future hotel acquisitions in the U.S., Hilton said in its announcement. Hilton (HLT), which is majority-owned by private equity firm The Blackstone Group, bought the Waldorf Astoria outright in 1972 and eventually used the name to launch a global luxury brand – Waldorf Astoria Hotels & Resorts – that has 27 resorts worldwide.

Anbang is a Beijing-based insurance company that was founded just 10 years ago, but which has more than 30,000 employees and 20 million customers, according to Hilton’s announcement. The company had been considered a leading bidder for family-run Hong Kong lender Wing Hang Bank last year, but Anbang reportedly balked at the potential size of that deal before Wing Hang eventually sold to Singapore’s Oversea-Chinese Banking Corporation for $5 billion earlier this year.

The sale of the Waldorf Astoria New York represents the latest influx of cash for Hilton, which set a record for hotel industry IPOs last December when it raised $2.35 billion in its first public offering. Hilton Worldwide’s stock was down slightly Monday.